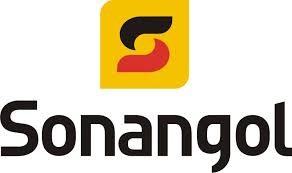 Sonangol EP, the state-run oil company in Angola, is seeking $1 billion in cost savings by the end of the year to help cope with plunging crude prices.

Sonangol said in February it will cut this year’s spending by 25 percent, end most retail fuel subsidies and reduce contract costs by as much as half. A more than 40 percent slump in oil prices in the past year has slashed revenue in Africa’s second-largest crude producer, forcing the government to scale back spending and devalue the currency.

The company, the biggest in Angola, denied reports in Portuguese media on the weekend that it was technically and financially bankrupt. Sonangol is “stable” and doesn’t expect substantial changes in its business this year, it said in a statement on Sunday. Operations in Houston, Singapore, London, Brazil, Venezuela and Cuba are continuing, it said.

Sonangol will publish the names of 62 companies that can qualify as explorers in 10 onshore concessions by the second half of the year, Maria said. The government last year asked local companies to file interest for seven blocks on land in the Kwanza basin south of Luanda and three ashore in the Lower Congo basin near the northern border with the Democratic Republic of Congo.

Companies such as Total SA, Exxon Mobil Corp, BP Plc and Chevron Corp. pumped almost all of Angola’s 1.87 million barrels a day in June from fields offshore the southwest African nation, according to data collected by Bloomberg.