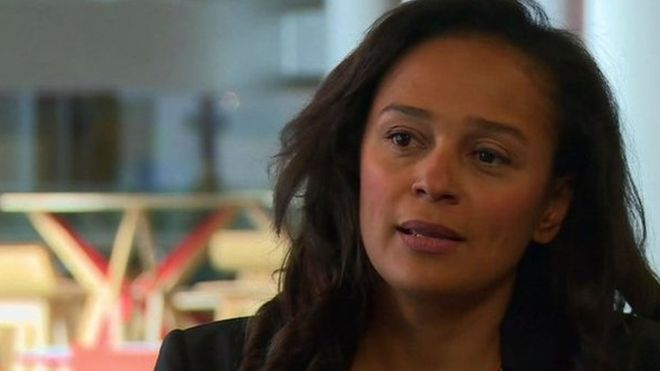 The Angolan President, Jose Eduardo dos Santos, has appointed his billionaire businesswoman daughter, Isabel dos Santos, as head of state energy firm Sonangol in a move that was sharply condemned by the main opposition party and that shake-up that cements his dynastic grip on power in a major African oil exporter, Reuters reported.

Dos Santos, ranked as Africa’s richest woman by Forbes, worth an estimated $3.3b,  would become Chief Executive after the firing of Sonangol’s board, a presidential decree carried on Angolan state media said.

As The Guardian wrote, Angola, Africa’s top oil producer because of supply outages caused by militant attacks in Nigeria’s Niger Delta, said in April it would restructure to increase efficiency and profitability.

However, The National Union for the Total Independence of Angola (UNITA) spokesman, Alcides Sakala, said the appointment is yet another demonstration of favoritism and graft perpetuated by the ruling Movement for the Liberation of Angola (MPLA), Voice of America informed.

Putting the London-educated 43-year-old in charge could mean dos Santos is serious about reforms, but it could also be seen as Angola’s leader of the last 36 years laying the ground for his family to control the central pillar of the economy when he leaves office. Meanwhile, the president’s son, José Filomeno, is Chief Executive of Angola’s sovereign wealth fund.

Dos Santos, who denies any political ambitions and says she started her business career as a six-year-old selling eggs, has been a major investor in the domestic and Portuguese telecoms, banking and petroleum sectors. She owns 7% of the Portuguese oil and gas company Galp Energia, according to BBC.

Antony Goldman, an independent, Africa-focused energy analyst, said the the British newspaper said “She’s not an engineer or necessarily an energy expert but she is someone with a track record of getting deals done.”

On his side, Cobus de Hart, an Angola analyst at NKC African Economics in Cape Town, said: “The case can certainly be made that this is a political move whereby the President is strengthening his grip. But the news that global consulting firms will be assisting with the reform strategy is at least a step in the right direction.”