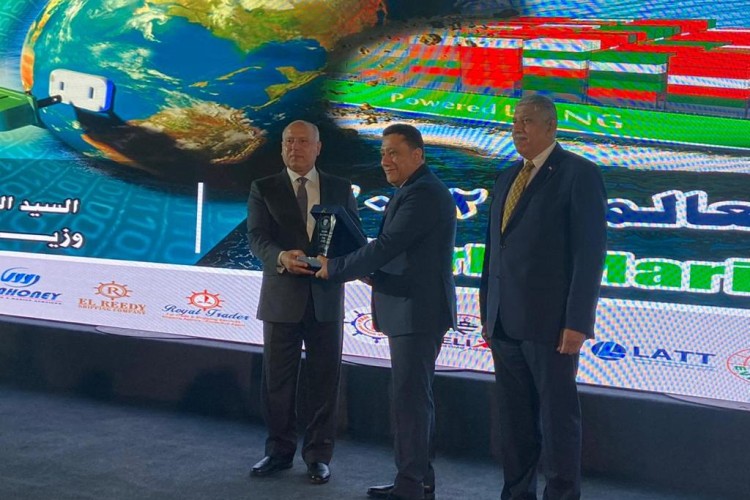 Al-Hamra Petroleum Port in El Alamein, one of the most important ports in the petroleum sector, won the Excellence Award for the best specialized port in Egypt for the year 2022 for demonstrating excellence in the application of environmental requirements and standards and security and safety standards.

The award was received on behalf of the Ministry of Petroleum and Mineral Resources, by Ibrahim Masoud, President of the Western Desert Petroleum Company (WEPCO), which is responsible for managing and operating the port, from Kamel Al-Wazir, Minister of Transport, during the activities of the celebration of the World Maritime Day under the auspices of the Ministry of Transport.

Minister of Petroleum and Mineral Resources, Tarek El Molla, congratulated and appreciated all WEPCO cadres and port workers, stating that this success came as a result of their sincere efforts in implementing the sector’s plan to develop and modernize the port with the highest efficiency.

The implementation of the unprecedented development and modernization plan and new projects in the port comes within the framework of the strategy for developing infrastructure and petroleum ports that support Egypt’s regional role as an oil and gas trading hub, El Molla noted.

The port of Hamra has increased its capabilities and raised its efficiency and management with the latest digital technologies and the support of the safety system as part of its transformation into an integrated port, in addition to the new expansion projects that are currently being undertaken to increase its capabilities in the future.