WOMEN IN THE OIL AND GAS INDUSTRY 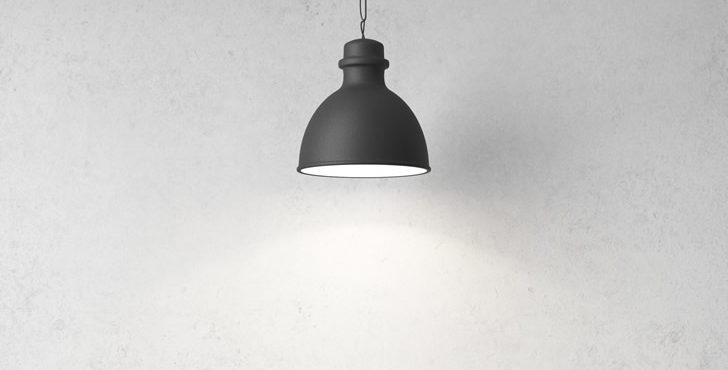 Nerine Elwy is the current Communications Manager for Shell in Egypt and Kuwait. She began her career at the company in 1994, substituting for someone else’s maternity leave. Her excellent performance granted her a job offer in the company and few years later, she was in charge of the upstream and downstream External Affairs department.

Shell Egypt is made up of 23% women; these account for 15% of its senior positions, and 12.5% of its technical positions. Shell plans to increase the percentage of women in senior positions to 18% by 2018. It is a fact that reflects Shell’s belief in increasing diversity across the organization. Career development and mentorship was a crucial component to Elwy´s success. “Shell likes to invest in people. When I started working in the company I did not know even how to type,” she said with a broad smile on her face.

Elwy is driven by achievement. Her biggest challenges are the daily tasks of managing her team effectively. “I am lucky to have a strong team who support me in delivering and adding value to the business,” she told Egypt Oil & Gas.

Heba Ayad started her career at BG in 1998 developing financial models for BG Egypt’s downstream business, which involved the construction of transmission and distribution systems for the Upper Egypt concession area.

In 2001, BG started production in the Rosetta field and was preparing to extract gas from West Delta Deep Marine. During this time, Ayad joined the Business Planning and Economics team, eventually becoming the Performance Manager for BG Egypt. “It was a good opportunity to communicate across multidisciplinary teams, overlook asset performance and be very close to shaping the assets strategy and targets,” she said.

A milestone in Ayad’s career came when she was made a Deputy CEO at Egyptian LNG. The job was not easy, but, “only with problems you learn,” she stated. “These two years were full of new experiences.”

Now, after a successful trajectory at BG, Ayad is Vice President of Upstream Division.

Mirna Arif graduated top of her class from the American University in Cairo in 2002 and holds an MBA in Marketing and Operation. She began her career at Schlumberger, where she quickly ascended through the ranks due to her outstanding performance. She went from being account manager, to sales manager of country operations, to regional sales manager in a matter of years.

She moved to London with Schlumberger and began her journey as regional sales manager for the UK and Ireland, managing between 20 to 50 people. The responsibilities that arose with managing the whole region “was an amazing experience” for Arif, who continued to become the Global Program Manager at headquarters. It was here that she was assigned to create integrated strategies for all segments of the company, while also supervising the work of over 300 people. She then became Global Marketing Manger for Marine Seismic.

Her success is proof of her perseverance and hard work. “I strive for challenges,” she said. Now she works side by side with Petroleum Minister Sherif Ismail as Investment and International Cooperation Manager. “It is a great challenge and a great place to be.“

“The feeling of being part of the new Egypt” is what brought Arif back to her home country, and the desire “to help and contribute.”

The Oil and Gas Industry Strives for a gender-balanced pool of talent. At the moment, “technical functions in Egypt are purely male dominated,” said Elwy. “The field does not accommodate for women.” The industry as a whole is currently lacking a strong representation of women in the STEM fields—science, technology, engineering, and mathematics.

In the 2013 Diversity and Inclusion Report released by BP, 72% of the 3,000 oil and gas professionals surveyed believe the industry remains male-dominated. Despite the improvements in people’s mentality towards working women in Egypt, “challenges continue,” said Ayad. A promising 65% of respondents in the report agreed that career prospects for women have improved in recent years.

“Accept the challenges and be tolerant of [people´s] initial reactions,” advises Ayad. When a first reaction is negative on the basis of age or gender, “you cannot allow the initial reaction to scare you or make you retreat. You have to embrace them and move on.” In a fast-paced, competitive industry, women also face challenges regarding “gender, age, and sometimes even size,” she observed.

“It’s a challenge for full time working mothers to excel in a male dominated oil and gas industry,” says Arif. “When the workday ends, you still have duties at home.” But as Elwy pointed out, “we [women] are heavy duty. We are multi-taskers. We are gifted,” she said without the slightest hint of self-doubt.

Having the freedom to accept a position based outside their home country is another big challenge for a lot of women in the industry, Elwy pointed out, as she has had to compromise on this before for the sake of her family. For younger generations with fewer constraints or responsibilities, mobility is less of a problem. Elwy overcomes issues of mobility by assuming long distance senior roles, allowing her to stay in Egypt.

“I have a supportive partner and lots of help at home,” said Ayad. In a study released by NES Global Talent, 39% of women interviewed—272 global energy engineers and professionals—said they would consider taking less money in return for more work flexibility. “You have to ensure your job does not compromise your role within the family,” Ayad finished.

The Work-Life Balance is a challenge for both men and women and not just in the oil and gas industry. Work can be very demanding, especially as you grow within the company. “You are expected to be available most of the time,” explained Elwy. “You have to cope [with the workload]. You have to deliver,” she added resolutely. However, Elwy also plays a wide array of roles outside of the office and makes an effort to, “take time to smell the roses.” She advises others to do the same.

Arif is another example of how women in the industry balance their work and families. She never stopped working, not even during maternity leave, as she kept pursuing her MBA. The industry’s global nature adds another dimension to the workload for working mothers. Arif’s work is of a global scope and her day does not really stop when she leaves the office, she said. At Schlumberger, she was given the responsibility and the trust to manage her own schedule. She recalls the times when she would leave the office at five, have dinner with her children, and be back online by nine.

Ayad is able to keep a healthy work-life balance by managing her time and her schedule to accommodate her responsibilities as a wife and mother, knowing when she needs “to stop, and for stress levels to go down.” Yet, the ideal doesn’t always become reality. “You have to pick your battles,” she says, “and pick what really counts.”

“Women Play a Key Role in any organization’s success,” says Elwy. Shell is creating a platform for women to develop and grow. The company recently launched a women’s network that focuses on mentoring, networking, and health. In addition, Shell has female career development programs and leadership programs. “My company values women. Investing in and developing women are very important,” Elwy finished. Shell is flexible when it comes to working hours, offering the possibility to work from home, and the office now offers a nursing room.

The same is true for Ayad, who says, “BG is keen to ensure diversity and inclusion in its working population,” but there is still a lot of progress to be made. “Young women have to prove themselves,” states Arif. After 12 years of experience, she says the oil and gas industry “is not easy, never was, never will be. It is a choice. It is a path you choose.”

The industry is making an effort to attract women, and Egypt is moving in the right direction when it comes to inclusion of women in the workforce, said Arif. Yet the industry, and Egypt in particular, have a long way to go. “I want to ask people to look beyond gender and age,” Arif said. “People’s ability to perform is of a wider scale.”

Ayad advises colleagues to “do your best and aim for excellence. With dedication and passion, success will follow.” Success is more than being “technically good,” said Ayad. “Empathy, emotional intelligence, and good leadership are important. “ Ayad values teamwork and believes that excellence is the result of a motivated team. She encourages others to “inspire your team,” to bring the best out of people.

Elwy firmly believes that “it is very important [for women] to speak up.” She encourages leadership initiatives from employers in the industry to empower women.

“I have always believed in slowly but surely. Success is not about advancing in positions only. Success is making sure you can meet the expectations of a promotion. You have to ensure excellence,” said Ayad.

“We are in a circus, and we are not just jugglers, we have to master tight-rope walking too,” Arif stated. “There are days when you will fall and you need to plan properly. You have to have support.”

The industry is aware of the importance of networks and mentorship programs for their female employees. “Seek a support network of people who provide honest and constructive feedback,” said Ayad.“When you do your job properly, you will find people who are willing to help you. “

It is not only the oil and gas industry that must tackle the challenge to create a balanced and diverse talent pool. It is up to every woman in every industry, their support networks, their families, their community, their male colleagues and employers. All of them must strive for an industry that is welcoming to women.

“If you are a woman and you are young, people expect you to wait in line,” said Arif. “There should be no line,” she stated emphatically. “If we can contribute to the country, we should all be given a chance.”