Will Confidence in Sisi and Perceptions of Political Stability Translate into Oil and Gas Investment? 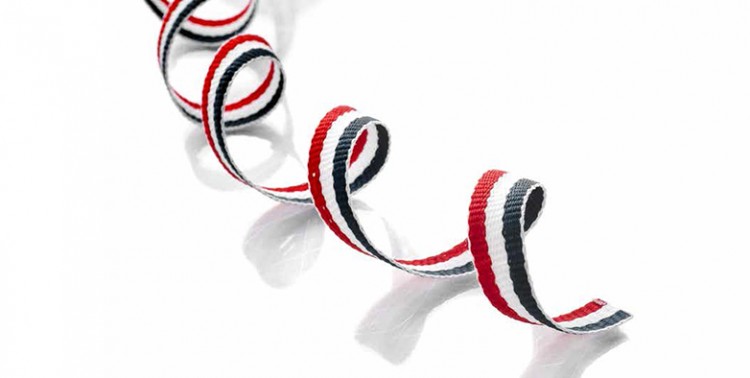 In a recent report from Business Monitor International, citing increased production efforts and positive attitudes toward operations in Egypt, it was stated that “The installation of the El-Sisi government has improved investor sentiment in Egypt,” while anticipating a “more stable environment for operators and investors over the coming years.” The Egyptian General Petroleum Corporation’s (EGPC) announcement at the beginning of the year to auction 22 new concessions, last month’s increase in fuel prices, as well as renewed plans to repay debt to operators are some of the efforts being made to motivate local and foreign investment. Many experts agree that initial reforms from Sisi’s administration and the political stability his presidency is expected to bring are having a positive effect, but it remains unseen if the sector will fully recover from Egypt’s damaged economy.

In late June 2014, Bloomberg reported, “Companies including Citadel Capital SAE, Circle Oil Plc (COP), and Petroceltic International Plc (PCI) expect President Abdel-Fattah El-Sisi to make good on promises to reduce subsidies of more than $20 billion a year and ease demands that producers sell fuel on the domestic market well below international prices.” RWE Dea announced that it aims to bring new gas online over the 2014 summer, and exploration efforts continue to show positive results with RWE Dea, Apache, IPR, and Circle Oil having all made discoveries in recent months, according to the BMI report.

The most significant moves by the Sisi administration to boost industry activity was the sudden increase in fuel prices, an unprecedented act that former Egyptian heads of state were wary to take for fear of upsetting an economy dependent on subsidized fuel products.

“It will decisively reduce both natural gas consumption in the industrial sector, as well as a reduction in power demand, seeing that the majority of Egyptian electricity is produced from natural gas,” says University of Oxford expert Justin Dargin, of the new gas price’s projected effect on the energy sector. “Secondly,” he adds, “the increase in the natural gas price will also create incentives for exploration and expanding production in some of the maturing gas fields. As a corollary to that, the increased gas price will also open up new fields as well that were previously not economically viable from which to produce. The subsidy reform will also allow Egypt to pay for LNG imports, while slashing quite significantly the country’s large budget deficit.”

One immediate pitfall of the subsidy cuts has been inflation. “Due to the new energy pricing policy, inflation increased by its highest rate, 3.3%, since 2008. This was expected as fuel and electricity prices increased by between 40% to 78% since this past July,” informs Dargin. “Inflationary shockwaves” are among the main impacts of energy price liberalization, informs Dr. Amr Adly, Visiting Scholar at Carnegie Middle East Center, citing diesel prices as a significant example, as nearly half of the subsidy bill is dedicated to it. “The inflationary impact is expected to hit hard the poorest household and to negatively affect the consumption ability of broad strata of the middle classes, especially in the absence of a functioning social security system in Egypt that could have compensated to the poor and the most vulnerable,” says Adly.

Dargin also questions whether or not Egypt will be able to “adequately soften the effects of price increases on the poor. If this is the case, then, potentially, social unrest could spread due to cost of living increases and inflationary pressure.” As a result, this could indirectly affect investor confidence in the economy, if significant social unrest upsets perceptions of political stability.

While asserting that it’s still too early to truly judge the effects of the recent austerity measures, Adly recognizes that the potential medium- and long-term benefits of the subsidy cuts. “This would imply more stability in the broad macroeconomic environment that should encourage investment in general, and secondly, it should mean that the Egyptian state will be more able to pay the arrears it owes to large oil and gas companies,” he told Egypt Oil & Gas, speaking about EGPC’s lack of foreign currency reserves to pay operators, which has had a debilitating effect on industry investment.

At the beginning of this month, Minister of Petroleum, Sherif Ismail, announced that Egypt intends to borrow at least $1.5 billion from local and international banks in order to repay debt owed to foreign companies. Egypt has also reached an agreement to pay of the entirety of its arrears by 2017, according to Ahram Online.

“Sisi has inspired confidence in the oil and gas industry after the relative chaos of the Morsi administration,” says University of Oxford expert Justin Dargin. In addition to taking on the energy subsidies issue and negotiating debt repayment, Dargin informs “Sisi made certain to create a new terms of investment framework with foreign oil and gas companies to speed up investment in various gas fields throughout the country. . . . Many foreign energy companies have endorsed many of the actions that Sisi has taken to create incentives in oil and gas production. Thus far, it appears that the market is backing Sisi’s initial steps.”

David Butter of Chatham House, an analyst of politics, economics, and business in the Middle East and North Africa region, agrees Sisi’s impact has been “broadly encouraging for investors in the oil and gas sector,” but adds that this is “so far only in the sense that it offers the promise of some material improvement in the investment climate,” from the perspective of the investors.

As Butter points out, all energy products remain heavily subsidized. “The government appears to be hoping that the price hikes and some recent changes to upstream commercial terms will be sufficient to persuade operating companies to commit to restarting projects that would result in an increase in production, particularly of natural gas,” adding that BP still has given no confirmation that they will resume the work. Also, according to a report from Financial Times in late July 2014, BG also still considers natural gas operations in Egypt a risk; BG declared force majeure in January after Egyptian authorities diverted its gas to the country’s domestic market.

Egypt faces further obstacles in order to foster a truly attractive investment environment. “Bureaucracy is not making life easier for some large oil companies, despite the rhetoric of attracting more foreign investment,” says Adly. Foreign oil companies often complain of long delays after being awarded concessions, while seeking permissions from the military and other governmental agencies. “Many of these administrative problems are old, but they haven’t been fixed and it does not seem that they will be in the near future,” he added.

In addition to an exhaustive permits process, oil companies also bemoan the structure of the production-sharing contracts (PSCs), in which IOCs undertake costs and all exploration risks. PSCs are increasingly being considered unfeasible by operators, especially considering the advent of expensive, high-risk forms of exploration such as deepwater or hydraulic fracturing. “While the terms of investment reform outlined by Sisi are a step in the right direction,” says Dargin, “more needs to be done in order for energy companies to feel completely satisfied that they will be remunerated satisfactorily for their investment in difficult to produce gas fields. But, on the whole, Sisi has a positive path forward on economic and energy reform that is sending all of the right signals to international investors.”

Despite this, Adly believes Egypt’s oil and gas industry ultimately “seems to be subject to longer-term dynamics that include corporate strategies, technology, and the world markets,” citing how the sector was relatively unaffected by the political turmoil the country has undergone since 2011. “The oil and gas sectors were almost the only ones that did not witness a dramatic retraction in foreign investment in the aftermath of the revolution.”

By the same token, the industry was not that much affected by Sisi’s recent rise to presidency,” added Adly. “We have not yet seen any galvanizing effect on the industry from Sisi’s presidency,” agrees Butter. While “international oil and gas companies have welcomed the [subsidy] cuts and many have announced that the new prices would be able to unlock exploration in many of the more difficult natural gas fields in the country,” says Dargin, he points out that it is simply too early to ascertain just how Sisi’s reforms will “percolate through the economy.”

At this stage, for foreign investors, Sisi’s impact on the oil and gas sector activity is still largely symbolic. “What Sisi represents to many of Egypt’s citizens as well as for many in the international business community is stability. This is particularly important to understand in the wake of the chaos and instability that rocked Egypt after the revolution,” explains Dargin. “Sisi has support from a broad swath of the Egyptian public, and therefore, has a clear mandate to tackle some of the most pressing problems vexing Egypt. While international investors are currently taking a ‘wait and see’ attitude to assess the progress he will be able to make, on the whole, market sentiment is positive about Sisi’s administration.”