US Withdrawal From The Paris Agreement: The Legal Implications (Or Lack Thereof) On The Energy Industry 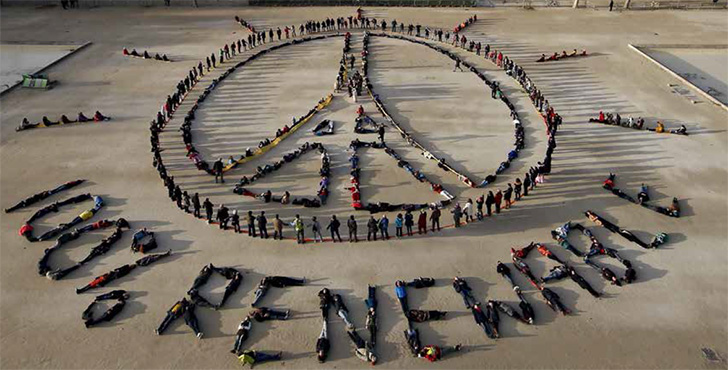 In June 1, 2017 US President Donald Trump controversially announced that the USA would no longer be part of the Paris Agreement (or Paris Climate Accords as they are often referred) and effectively signaled the withdrawal of the United States from the Agreement as a signatory.

President Trump’s decision to withdraw, however, has left many leaders in the energy industry and their attorneys scratching their heads in confusion. On the one hand, less restrictive greenhouse emission standards would seemingly favor the energy industry, while on the other economists have already predicted that a US withdrawal could potentially hurt job growth and availability in the renewable energy sector.

So what does the US withdrawal mean for energy and renewable industries? For clean energy investments? For conventional fuels? Specifically, what are the legal implications and ramifications of the US withdrawal from the Paris Agreement on the energy industry, if any?

The answer is that the withdrawal arguably will have little to no meaningful legal impact on the energy sector. This is because the USA was not really part of the Paris Agreement to begin with, at least in the sense that the US viewed the Paris Agreement as a legally enforceable treaty.

Had it truly been legally enforceable, the United States under the Obama administration would not have signed on to it in the first place. The only enforcement mechanism that the Paris Agreement truly had was the public shaming that would follow should a country not live up to its goals, or withdraw as the United States has done. For these reasons, the US withdrawal from the Paris Accord will have virtually no substantial legal impact on the energy industry, particularly in regard to the United States.

The United States was arguably never truly part of the Paris Agreement in the first place, because, at least politically, it was never viewed as a legally enforceable agreement, such as a treaty. This is because within the United States, the term “treaty” has a much narrower meaning than is understood internationally.

The Obama administration negotiated the Paris Agreement as an executive accord, rather than as a “treaty.” This was a political tactic, “legal jiu-jitsu” that enabled then President Barack Obama to evade putting the decision to join the Paris Agreement to a predominantly Republican Senate.

Article II of the US Constitution grants the President the power to make treaties, provided that the “treaty” receives the advice and consent of the senate and two-thirds of the senate concur.  Executive agreements, on the other hand, need not bother with the senate or even be put up for a vote because the president can carry out an executive agreement unilaterally.

Yet, despite the difference in domestic terminology, all international agreements are considered treaties under international law, according to The Vienna Convention on the Law of Treaties. However, even if the Paris Agreement were regarded as a treaty in the US, the nation’s withdrawal is still virtually meaningless, because the deal was more of an aspirational document rather than a legally enforceable one. In other words, it had no “teeth.”

Furthermore, not every provision in a treaty necessarily creates a legal obligation, the breach of which entails non-compliance and penalties. However, regardless of whether the Paris Agreement was a “treaty” or an “executive agreement” under US or international law, there is virtually no legal effect on the President Trump’s decision to withdraw, other than that he cannot actually withdraw until 2020.

Even under international law, the right of the United States to withdraw is governed by the agreement’s withdrawal clause in Article 28, and, as a matter of US law, the country’s participation may be rightfully terminated by executive action, or if Congress were to pass legislation effectively cancelling the treaty’s effectiveness

The Paris Agreement was entered into on December 12, 2015 and went into effect in November 4, 2016. The nearly 200 signatory countries to the agreement acknowledged the existence (and seriousness) of climate change and world leaders agreed to, among other things, limit average temperature increases, curtail greenhouse gas emissions, implement monitoring procedures to promote transparency, and provide financial and technical assistance to poorer nations in order to implement the goals.

Specifically, the standards set forth in the agreement pledged to collectively hold temperature rises well below 2 degrees Celsius from pre-industrial levels in an effort to avoid global warming, rising seas, and superstorms that climate models have predicted. In addition, each signatory nation set forth goals to reduce greenhouse gas emissions, which the Obama administration intended to use the Clean Power Plan as a vehicle to implement it.

However, there was no legal enforcement mechanism in place to hold countries to the promises of the deal, and no legal way to hold any of the signatories accountable for not meeting the goals to curtail greenhouse gas emissions, or force signatories to comply with the monitoring procedures.

The only effective enforcement mechanism that the Paris Agreement truly possesses is enforcement via peer pressure and public shaming, and president Trump’s decision to withdraw has already sparked an international campaign against the United States.

While President Trump argued that the accord undermined the US economy, cut domestic jobs, weakened national sovereignty and permanently disadvantaged the United States compared to other nations, international leaders have responded with overwhelming criticism of the decision.

German Chancellor, Angela Merkel, French President, Emmanuel Macron, and Italian Prime Minister, Paolo Gentiloni, issued a rare joint statement saying the agreement cannot be renegotiated, according to Reuters. In a video posted to his Twitter, French President Emmanuel Macron offered his own version of President Trump’s campaign slogan with a call to “make our planet great again” following Trump’s decision to pull the US from the agreement. Former President Obama said Thursday that Trump’s rejection of the accord places the US among “a small handful of nations that reject the future… The nations that remain in the Paris agreement will be the nations that reap the benefits in jobs and industries created,” he said in a statement.

Public shaming, however, is a surprisingly effective means of enforcement of environmental regulations within the United States and internationally. The United States already employs a form of environmental peer pressure and public shaming through emissions trading with legislation such as Clean Air Act and the Acid Rain Program. These emissions trading systems use a market-based approach to control pollution by providing economic incentives to those companies that achieve reductions in the emissions of pollutants. Because no modern company wants the reputation as a “top polluter,” this market based-public shaming approach has been very effective within the United States.

In addition, state and local governments within the country have already pledged to fulfill the promises of the Paris Agreement in spite of Trump’s withdrawal. Looking at the potential impact from an industry perspective, the renewable energy industry is largely driven by state standards and regulation, not the agreement, so existing law will continue to govern.

Further, rather than hinder investments in renewable energy, the US withdrawal has encouraged it. The former Mayor of New York, Michael Bloomberg, for instance, has pledged $15 million to continue to invest in clean and renewable energy stating that “Americans do not need Washington to meet our Paris commitments, and Americans are not going to let Washington stand in the way of fulfilling it.”  Even the Trump administration is looking at solar panels to be installed on the Mexico wall.

Being in or out of Paris will have also minimal effect on business plans. US companies may still pursue climate-friendly business opportunities, as many are already doing. ExxonMobil’s CEO, Darren Woods, was a staunch advocate for keeping the US involved in the Paris Accord, along with his predecessor and current Secretary of State of the US, Rex Tillerson. Both Woods and Tillerson understand the reality of climate change while also acknowledging that energy needs are a function of population growth and living standards.

According to Woods, “Population growth and a desire for higher living standards will increase usage of petroleum-derived fuels, especially for transportation, because there are few widely available alternatives… There’s a huge untapped energy market among the 1 billion people who currently have no access to electricity and the 3 billion who do not use modern cooking fuels.”

While a US withdrawal from the Paris Accord would be “a great disappointment,” the shift toward renewable energy is inexorable, Gerard Mestrallet, chairman of French utility Engie SA, said in an interview on the matter. Most countries will stick with the accord, and in the US, corporations that regard reducing emissions as a duty will adhere to its principles because the move toward renewables “is an irreversible trend that’s gaining momentum,” he said.

In the US, renewables (similar to many other energy sources over the years) relies heavily on government subsidies/mandates.  These were in place well before the Paris Agreement and are still current law.  Although the Paris exit signals the marketplace that this administration is not a fervent “believer” of climate change, until the subsidies change domestically in the US, industry keeps moving forward.

Withdrawal from the Paris Agreement will have no legal effect on the energy industry because the energy industry is already on the inevitable path towards emissions reductions and renewable energy. Energy makes the world go round, and the demands of the market will dictate how climate change ultimately impacts the energy sector, rather than an aspirational agreement. 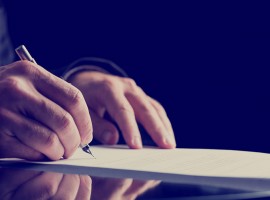 Glimpse of Laws Protecting Investments in Egypt and Cyprus