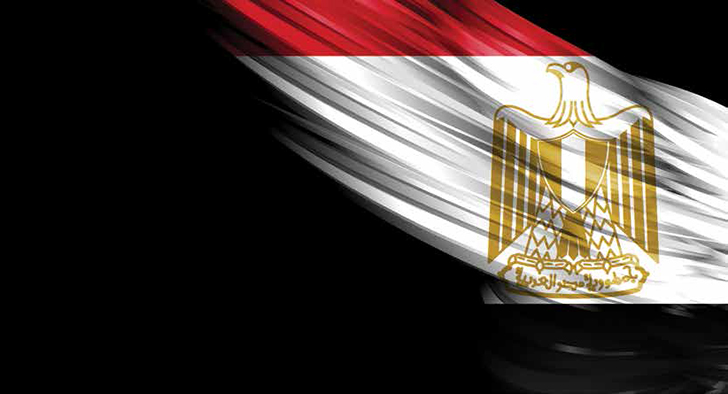 On 5 November the stage was set for a public accounting of Egypt’s human rights record at the United Nation’s (UN) Universal Periodic Review (UPR); a mechanism that examines UN member states every four years. Egypt’s last review was in 2010, before the uprising that toppled former president Hosni Mubarak.

In the build-up to the UPR, Egyptian government hailed the “great ef- forts” and “achievements” made by Egypt in the field of human rights since 2010.

However, 19 independent rights groups released a joint report for the UPR in late October, stating that human rights have undergone a “dramatic deterioration” in Egypt over the past four years.

Egypt’s authorities, implicated in the some of the most serious alle- gations of human rights abuses, had to face the world and defend its actions.

The UPR in Geneva

The Minister of Transitional Justice, Ibrahim El-Heneidy, headed Egypt’s delegation at the UPR. In his opening statement to the UN’s Human Rights Council in Geneva, El-Heneidy said that he had arrived from an Egypt “full of hope and determination”, and alluded to the massive upheaval since the country’s last UPR in 2010, according to a report in the Daily News Egypt.

In that review, Egypt had received 165 recommendations. El-Heneidy claimed that Egypt had taken measures to address 119 of them.

The Egyptian delegation then listened to one-minute speeches from

– referring to the struggle between the security forces and growing Islamist militancy.

Germany, Norway, Sweden, the UK, and the US – among others – called on Egypt to amend or repeal the Protest Law – which effective- ly bans demonstrations that are not sanctioned by the police – and the controversial NGO Law, first drafted under Mubarak, which allows the authorities to control NGO activities, funding, and staffing.

NGOs that have not registered by the 10 November deadline may face criminal prosecution. In the days leading up to the review, many of Egypt’s most prominent NGOs announced they would not par- ticipate in the UPR for fear of reprisals from the Egyptian authorities.

Austria, Iceland, and the US made specific reference to the violent clearance of supporters of the ousted president Mohamed Morsi at Rabaa on 14 August 2013 that resulted in the deaths of hundreds of protesters, calling for a public investigation into claims of excessive force by security forces.

Other delegations raised the issue of torture and ill treatment in de- tention. There were also calls on Egypt to adopt a moratorium on the death penalty, in light of mass death sentences handed out by the Minya Criminal Court earlier this year. Others criticized the lack of media freedom in Egypt and alleged that the judiciary was politicized.

Several delegations – including Israel, Singapore, and South Africa – urged Egypt to uphold and extend the rights of children and women.

El-Heneidy “hailed” the international community’s assessment of the overall human rights situation in Egypt, according to a report by Egypt’s State Information Service (SIS): “Heneidy asserted that Egypt will work on preserving freedoms, rights, social justice, and revolution [sic] principles in the coming period. He said that Egypt’s war against terrorism does not violate its full commitments towards respecting the human rights of its citizens.”

In a press conference reported by state-owned Al Ahram newspaper, El-Heneidy claimed that the UPR proved Egypt’s positive attitude to- wards human rights. The minister claimed that, out of 122 countries that contributed to Egypt’s review, at least 105 could be said to have endorsed Egypt’s approach. El-Heneidy described many of the rec- ommendations as “positive”. He also alluded to strained diplomatic relations with some of the more critical countries, such as Turkey.

The Egyptian government’s upbeat slant was not shared by human rights organizations.

“As expected, we saw a lot of posturing today from Egypt. The pic- ture of the country the delegation provided was unrecognizable,” said Hassiba Hadj Sahraoui, Amnesty International’s Deputy Director for the Middle East and North Africa Program, describing it as a “pathetic attempt at a cover up”.

Amnesty International claimed that the evidence of human rights abuses was damning and, although Egypt rejected criticism, “Egypt’s defense of its human rights record lay in tatters.”

The gulf between the rhetoric of the Egyptian government and the evidence collected by human rights organizations and the media, emerged from the UPR.

Egypt pointed out that torture is a criminal offence, and claimed that there have only been a few cases carried out by a small number of individuals. Amnesty states that, according to its research, torture – including beatings, electric shocks, and forced stress positions – is “rife in police stations and other unofficial places of detention such as National Security offices.”

Egypt stated that freedom of assembly is guaranteed under the con- stitution and that the Protest Law is under review. Amnesty claims their research shows that “the authorities do not tolerate the exercise of the right to freedom of peaceful assembly”. Over 41,000 people have been arrested since the ousting of Morsi in July 2013, accord- ing to independent online statistics group Wiki Thawra.

Egypt said that security forces are restricted, by law, to only use force in matters of “self-defense.” Yet, human rights groups and journalists have consistently documented the use of excessive force against protesters. Human Rights Watch (HRW) claim that the violent clear- ance of Rabaa was a premeditated assault and likely amounts to a crime against humanity. Culpability for the massacre may reach to the highest echelons of Egyptian power, given that President Abdel Fattah Al-Sisi was Defense Minister at the time.

Whilst Egypt claimed that the judiciary is independent and that all trials meet international standards, the systematic arrest and imprisonment of thousands of members of the political opposition – both Islamist and secular – and violations of due process casts doubt on the ju- diciary’s independence and ability to consistently provide a fair trial.

The Egyptian UPR delegation blamed the Muslim Brotherhood for discrimination and violence against women. However, Amnesty claim that “women have faced decades of systematic discrimination in law and practice, as well as epidemic-levels of sexual violence.”

In their defense of the imminent “NGO Law”, the Egyptian delegation at the UPR said freedom of association was guaranteed in the con- stitution. Amnesty claim their research shows that NGOs are subject to “crushing restrictions in Egypt,” and Egyptian human rights organi- zations have been given an ultimatum of surrendering their independ- ence to the authorities or face closure and criminal prosecution.

Between Paper and Practice

It seems clear that there is a disconnect between freedoms and rights on paper – enshrined in the constitution or in law – and what really happens in Egypt’s streets, police stations, courts, prisons, offices, and homes.

Although some criticized the latest constitution passed in January

2014 for permitting military trial of civilians and making Sharia law the basis for legislation, many analysts and human rights activists said that the constitution was an improvement on previous documents and largely provides for many economic and civil freedoms.

However, “Regarding the constitutional text itself, it depends upon the rule of the president or the authorities in power,” said Yussef Auf, Nonresident Fellow at the Rafik Hariri Center for the Middle East, back in December 2013. “There were actually many good points about human rights in Mubarak’s constitutions but unfortunately they wer- en’t applied…the gap between reality and the constitution can under- mine confidence in the constitutional text.”

Furthermore, much recent legislation – such as the Protest Law and the NGO Law – appears to be at odds with the constitution.

Daily News Egypt reported that Germany’s ambassador to Egypt Hansjörg Haber stated in a meeting with journalists following the UPR that, while he believes Egypt’s constitution contains many necessary human rights safeguards, Germany’s concerns relate to the “imple- mentation of the constitution” within the law.

What is also clear from the evidence presented by human rights groups – some of which was alluded to in the UPR – is that, not only has Egypt’s human rights record been dire under successive regimes over the past four years – it’s getting worse.

HRW had called on the Human Rights Council to hold the Egyptian government accountable for what it called “the most dramatic rever- sal of human rights in Egypt’s modern history under President Abdel Fattah al-Sisi.”

Egypt will consider the UPR recommendations and respond to them before the Human Rights Council’s next ordinary session due to be held in March 2015.

The UPR is a flawed mechanism. It is both partial and politicized, as friendly countries lend each other support. There was tepid criticism of Egypt from supposedly liberal allies such as the UK or the US. The UPR is also partly an exercise in hypocrisy as countries with lamen- table human rights records point out abuses by others that they too practice.

The UPR carries no tangible powers of enforcement, penalties or sanctions; it is a court of international public opinion, with the strong- est punishment being a sharp rebuke. In the immediate future there seems little hope for a substantial improvement in human rights in Egypt.

The Egyptian authorities believe that the crackdown on dissent will bring about stability. However, ‘stability’ characterized by corruption, brutality, inequality, and discrimination sparked the uprising against Mubarak nearly four years ago.

Egypt cares about its international image to some extent. The UPR and the attendant coverage cast a grim light on Egypt’s human rights record on the grander stage.