The Legal Reality of the ICC Ruling Against Egypt 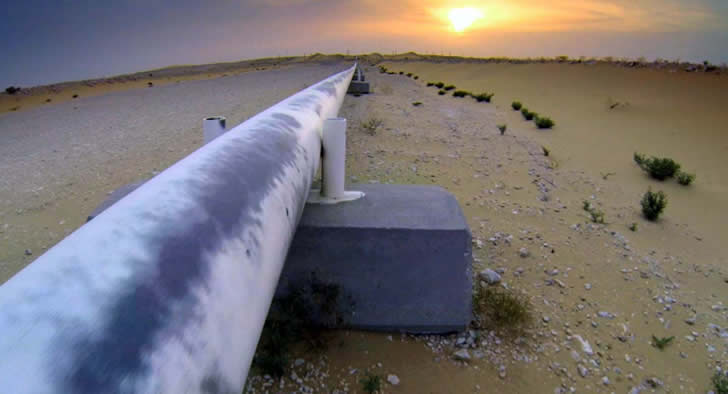 On December 3rd 2015, the International Chamber of Commerce (ICC) announced its ruling on the arbitration claim submitted by Israel Electric Company (IEC) against the Egyptian General Petroleum Corporation (EGPC), the Egyptian Natural Gas Holding Company (EGAS), and East Mediterranean Gas Company (EMG). The ruling states that EGPC and EGAS are to pay the sum of $1.76b to IEC as compensation, in addition to paying to EMG the sum of $324m as compensation, including a substantial portion of EMG’s legal fees and arbitration costs.

A second agreement was sign on June 30th of the same year between EGPC and EGAS as the first party (Seller), EMG as the second party (Purchaser) and IEC as the third party (Importer). The purpose of the agreement was to enable the exportation of gas from Egypt to Israel, passing through EMG’s pipelines. By this agreement EGPC and EGAS guarantee the continuous and uninterrupted supply of the gas sold to EMG to be exported to Israel.

On the same day, June 30th 2005, the former Egyptian Minister of Petroleum and Mineral Resources signed a Memorandum of Understanding (MoU) with the Israeli Minister of the Infrastructure on behalf of the Egyptian Government.

The MoU states that: The Government of Egypt guarantees the continuous and uninterrupted supply of the Natural Gas contracted and/or to be contracted between EMG and IEC for an initial 15 years and for a yearly quantity up to 7 bcm; each government, according to its laws and regulations, shall determine the safety and security measures that govern the construction and operation of the part of the pipeline from El-Arish to Ashkelon under its jurisdiction; and the Egyptian Government designates EGPC and EGAS, as representatives of the Egyptian Ministry of Petroleum, in signing the tripartite agreement with EMG and IEC shall apply to any other entity importing gas from Egypt into Israel and/or consuming gas from Egypt in Israel.

In light of the award, and taking into consideration the 1958 New York Convention on the Recognition and Enforcement of Foreign Arbitral Awards, which Egypt accessioned to in 1959, some questions might be raised on such subject.

Based on the Egyptian Arbitration Law, if either party to a dispute knows of any unmet requirements or violations, yet proceeds with the arbitration without objecting within the period agreed upon, or without undue delay in the absence of such agreement, by law the party is considered to have waived their right to object.

Accordingly, in the event the respondent in the arbitration does not submit an objection from the beginning of the arbitration procedures, by law they cannot reject the ruling based on such cause.

According to ICC rules, every ruling shall be binding to the parties, and by submitting the dispute to the ICC for arbitration both parties agree to carry out the ruling without delay.

Under such Law, the request to annul the arbitral ruling must be brought before the court within 90 days of ruling.

The New York Convention, however, allows for the refusal to recognize and enforce of the ruling, at the request of the party against whom it is invoked, only if that party furnishes to the competent authority where the recognition and enforcement is sought, proof that:

The parties to the arbitration agreement, under the law applicable to them, are under some incapacity, or such agreement is not valid under the law to which the parties have subjected it or, failing any indication thereon, under the law of the country where the award was made.

The party against whom the award is invoked was not given proper notice of the appointment of the arbitrator or of the arbitration proceedings, or was otherwise unable to present its case.

The award has not yet become binding on the parties, or has been set aside or suspended by a competent authority of the country in which, or under the law of which, that award was made.

What this means is that in light of the ICC Arbitration Rules, the Egyptian Arbitration Law, and New York Convention, the arbitration ruling against Egypt, may not be subject to any means of recourse, but may only be subject to annulment in case of the presence of one of the causes mentioned above.

Based on the signed MoU the former Egyptian Minister of Petroleum acknowledged that the Egyptian Government, represented in EGPC and EGAS as the first party (Seller) in the agreement, the same shall apply to any other entity importing gas from Egypt into Israel and/or consuming gas from Egypt in Israel. In addition, the Egyptian government guarantees the continuous and uninterrupted supply of natural gas contracted such as between EMG and IEC for the initial 15 years, as well as for any extensions.

Based on the general rules of the Egyptian Civil Code, which govern the relation between the principal and his representative, the consequences of such tripartite agreement shall be referred to the Ministry of Petroleum as a party to the Egyptian Government and not to EGPC or EGAS.

Therefore, the Government of Egypt, represented by the Ministry of Petroleum, shall be responsible for the execution of the arbitral award and the payment of $ 1.76b as compensation for stopping the supply of the gas and violating its guarantees and obligations under such agreement and the MoU.