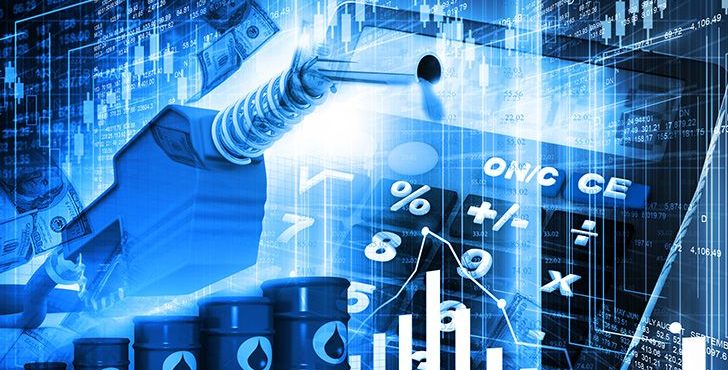 The signalization of fuel smart cards has been ongoing in Egypt since 2013. Although the project raised an important flag of combat against fuel smuggling and corruption in the system, it has remained on papers without significant progress.

However, the Egyptian state took, late May 2017, a new step forward towards the implementation of the smart cards. In a meeting that brought together the Ministries of Finance, Petroleum, Supply, Local Development, and Agriculture and Land Reclamation; headed by Prime Minister, Sherif Ismail, the hope that the electronic system would be soon operational was revived as the application of the project’s first phase was reviewed by the cabinet.

From Theory to Implementation

Looking at an improved distribution system for Egypt’s oil and gas industry, the first phase of the project involves monitoring and following-up petroleum products from its initial distribution point (warehouses) to the multiple filling stations in the country, as well as the industrial sector.

After allegations that fuel shortages were led by fuel smuggling to the black market – an argument defended by the government during Egypt’s fuel crisis in 2015 – preventing the diversion of petrochemicals has become a priority. Accordingly, during May’s meeting at the Egyptian cabinet, the ministers discussed the efficiency of the first phase and its activation.

The company commissioned to operate the electronic system was the national firm E-Finance. At the occasion of the meeting, E-Finance’s Head of Projects Department, Khaled Abdel Aziz, stated that the system is ready for being implemented once the government releases a decree.

According to the Ministry of Petroleum, smart cards have already been successfully distributed to warehouses, refineries, outlets, and filling stations. As much as 7.2 million smart cards have been issued, Egypt Independent reported quoting Abdel Aziz, a number that the Ministry of Finance guaranteed that could be increased without any restrictions.

The rush to run the project’s first phase comes as the Ministry of Petroleum recently announced the reduction of fuel subsidies. Although the hike in the prices is not related to the smart cards’ implementation, the new economic scheme designed by the Egyptian government calls for a more efficient market control, both in terms of avoiding the black market from taking advantage of the price inflation and of developing a more reliable database for future economic analysis.

Following the concept that big achievements come with big responsibilities, fuel smart cards are an innovative technology to assist the Petroleum Ministry in keeping track on the upcoming distribution from local production. It is also a significant step to the overall improvement of the country’s system, once many Egyptian ministries still rely on paper documentation. Moreover, it provides the industry with a clearer market profile, categorizing fuel consumption. The broader view of petroleum products’ supply and demand bring up more assertive market strategies and investments.

Benefits to the Industry

As highlighted at Felicia Schandorf-Lamptey’s these Electronic Fuel Cards: Challenges And Benefits, A Study Of Total Petroleum Ghana Limited Fuel Card (Tomcard), the electronic system can be used “to deter illegal content copying and distribution by inserting tracing content factors into the digital cash payment scheme that prevents users from duplicating activity.”

This functionality meets the government’s expectations towards the fuel smart cards scheme. Nevertheless, its benefits are countless and go beyond convenience and safety. As Schandorf-Lamptey further noted, “these benefits when maximized can go a long way in contributing immensely to economic development of a nation. Automated electronic payments help deepen bank deposits thereby increasing funds available for commercial loans – a driver of all overall economic activity.”

Furthermore, “cash has to be minted, securely transported, counted and reconciled, kept secure and maintained for re-use time and time again. The payment cost is high, and will always remain high whereas the costs of electronic systems are fixed. Once the infrastructure has been built, the costs transaction is very low,” Schandorf-Lamptey added, citing Anne Cobb.

Considering Egypt’s current struggle to overcome the deficit in its budget, which led to the cut of subsidies as a maneuver to reduce the federal government’s paycheck, the subsequent increase in bank deposits following the implementation of the electronic system can feed the economic boom that Egypt needs to fund its most necessary projects.

Accordingly, fuel smart cards are a helpful tool to the industry both directly and indirectly. As mentioned before, it plays an important role in increasing the availability of credit at Egyptian banks, which collaborates with public investments in the oil and gas sector. In line with Egypt’s vision of achieving the status of a regional energy hub, every Egyptian pound counts to add up to the country’s ambitious target.

In order to fully profit from the electronic system, the fuel smart cards scheme counts with two phases subsequent to the first one. The cards are available in traffic departments and obtaining one only requires the customer’s license. However, until the second phase is fully applied, consumers who still do not have their own cards will be allowed to use the ones available at gas stations when buying fuel.

The second phase consists of a tool for monitoring distribution from refineries to its final destinations, as well as the distribution from the gas stations themselves to consumers. “Activating the entire second phase of the system around the country will occur after making sure that car owners obtained their smart cards, estimated at five million cars,” a source at the Ministry of Petroleum told Daily News Egypt.

The source added to the Egyptian newspaper that “problems that tuk-tuks had in obtaining gasoline via smart cards are now resolved, and their owners can obtain their own cards from the traffic department, while agricultural tractor cards are currently following the card system of the individual gas station until the agricultural holdings’ cards can be finalized.”

The third and final phase of the project consists of turning the fuel cards into the only possible way of obtaining fuel, consolidating the country’s full control of petroleum product’s distribution.

As Egypt takes decisive economic measures to rebalance its federal budget, projects with crucial economic prospects should no longer be delayed. The country has established ambitious schemes for the oil and gas sector, which highlights the importance of an accordingly developed system to track the distribution of its valuable products.

The government fully acknowledges this importance, which led the Egyptian cabinet to restart discussions over the project’s implementation in May. However, according to the Ministry of Petroleum, the activation of citizen’s smart cards is still delayed since the definition of all the sectors of distribution is pending.

Accordingly, a precise deadline for fuel smart cards to be operational remains unknown, even though the country has shown impatience to activate the new system. Until it happens, the profitable outcome of the electronic system to the industry and the federal government stays unveiled.