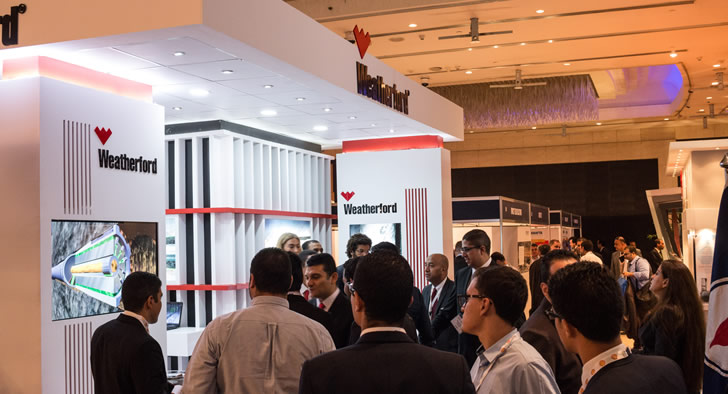 With over 600 participants, more than 200 papers (from nearly 100 countries), and 27 technical sessions spread out over its three day duration, the Society of Petroleum Engineers North Africa Technical Conference and Convention (SPE NATC) was an event set to go down in history as a resounding success for the region.

The organizers of the conference were upbeat about its potential and growth. “Since the first North Africa conference was held 7 years ago, this conference has garnered acclaim on the industry map,” stated Waleed Refaay, Managing Director of SPE for the Middle East, North Africa, and India.

“The technical program has grown tremendously since the first edition and the strong industry support despite economic and political challenges in the North Africa region has allowed SPE to continue to fulfill its mission,” Refaay continued.

While the former Petroleum Minister—Sherif Ismail—had been scheduled to make the inaugural speech at the conference, due to his recent appointment as Prime Minister, he was indisposed. Acting in his stead was Dr. Sherif Sousa, First Undersecretary for Gas Affairs at the Egypt Petroleum Ministry.

“The Ministry of Petroleum always encourages holding such meetings that help to exchange knowledge and expertise, and enhance technology transfer among industry experts. This will support our strategic objective of achieving the best utilization of our resources,” Dr. Sousa said in his opening remarks.

This year’s conference is the 7th edition of the NATC, and one of the largest the group has ever held.

Because Sherif Ismail was then working in his new position as Prime Minister of Egypt, EGPC Chairman Tarek El-Molla was currently managing the affairs of the Petroleum Ministry and while he was also scheduled to make an appearance, he was unable to make it to the conference due to his current duties.

The Society of Petroleum Engineers was founded in 1957 in the United States, and was designed to serve as a resource for professionals to further their expertise and knowledge in the petroleum sector. In 1985 the group expanded internationally, and it now serves as the premier global organization for petroleum professionals.

The group has over 140,000 members in 147 countries. The society is a non-profit, and is dedicated to providing purely technical knowledge in the industry. Egypt plays an outsized role in the organization as one of the most important members of the SPE, with the local petroleum industry very active in the organization. The Egyptian section has almost 2,000 members, placing it just behind the UAE and third in the middle east overall.

“The conference came at a good time, right after the major [Eni’s Shoruk block] discovery. It gives industry professionals the chance to discuss and exchange ideas regarding the next steps that should be taken,” said Ahmed Shoukry, Country General Manager of Weatherford.

The NATC was a weeklong event, with events spread out over many days. The first day—Sunday the 13th—was dedicated to training events about hydraulic fracturing optimization and practical wireline formation testing.

The next day—Monday the 14th—was the beginning of the main event, with speakers inaugurating the conference and answering questions from interested parties. The large exhibition hall was also opened on Monday and proved to be a main attraction for the next several days.

Monday also saw conferences held on topics such as the practicality of small and medium enterprises (SMEs).

“It was interesting to hear a different side of the coin,” said Jean-Pascal Clémençon, Managing Director of Total in Egypt. “They’ve been quite successful in Egypt so far. You need to have a landscape of very diverse companies, from bigger ones to smaller ones, that’s what makes the landscape successful. If you want to develop smaller reserves you need to have smaller companies working on them.”

The next day—Tuesday the 15th—included sessions on shale gas and EOR, as well as a conference about the promising future of North Africa.

Ahmed El Banbi addressed young professionals, speaking about the concern many of them have about the industry’s viability. “All you see around you now is low oil prices, shrinking business, less recruitment opportunities, budget cuts, and layoffs.”

“Among that, however, you hear the great news of finding new resources such as the new gas discovery in the deep water of Egypt…The downturn will not stay for a very long time, and we, as an industry, will emerge from it, a better and more efficient industry. We have done this before, and we will do it again. So, get ready for the industry when it bounces back,” Banbi said.

“The speakers this morning reminded us that the industry is here for a reason, it is a cyclical industry, it has its ups and downs, this has happened before and is going to happen again,” said Chris Avant, Marketing Manager of East Africa and East Mediterranean for Schlumberger.

“There are fewer participants this year and the event size is a bit smaller than usual; however, given the significant budget cuts sweeping the industry, the event overall is pretty good and shows commitment,” Shoukry noted.

“Given the circumstances the industry is passing, the event is exactly the kind of thing that is needed to give everybody the opportunity to focus on the important parts of the industry, not just the oil prices and budget cuts,” finished Avant.