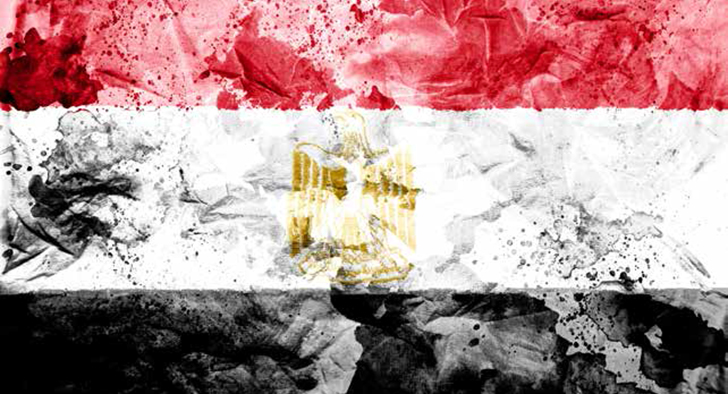 As the former head of the military, Sisi derived significant popularity from ousting the Islamist President Mohammed Morsi. As President, Sisi’s economic policies are vague and inchoate; yet his success will ultimately depend upon tackling a series of economic and political tensions.

Egypt is struggling to meet its growing energy demands and Sisi will want to avoid the angst caused by energy shortages, which fueled discontent against Morsi’s rule last year. Egypt currently owes delayed payments of around $5.7 billion to international energy companies. Energy executives have claimed that Egypt’s energy debts are undermining investment in energy maintenance, which is in turn weakening productivity.

Egypt’s currency reserves remain perilously low at around $17 billion; having fallen from $36 billion in January 2011. The devaluation of the Egyptian pound has made borrowing on international markets more expensive and has contributed to soaring food prices; if Egypt depleted their reserves further by using them to pay their energy debts, the currency would be weakened further. Sisi could be forced to choose between an energy crisis and a currency crisis, unless he reforms subsidies.

Energy subsidies are hobbling Egypt’s budget; potentially accounting for as much as $19 billion in the next fiscal year. The Ministry of Finance has said that, without reforms, the budget deficit will rise to 14.5% in the current fiscal year.

With inflation at 9.1%, many ordinary Egyptians are struggling, and the average Egyptian family now spends 40% of their income on food. “Unpopular decisions like reducing gas subsidies, and therefore ushering in further inflation of consumer prices, would not come easily from a populist like Sisi,” says development economist and writer Mohamed El Dahshan. Sisi has stated that Egyptians have to become richer before significant reductions in subsidies can be made.

Research suggests that fuel subsidies overwhelmingly benefit large industries and wealthier urban residents. Sisi has said that the rich should bear the brunt of any initial cuts. However, in reality, Sisi may fear a resulting loss of support from powerful interests. “Sisi is unlikely to go near the subsidies they enjoy either,” argues El Dahshan.

Navigating a way through the competing demands and interests of an energy quandary is an immediate concern for Sisi.

After more than three years of turbulence many Egyptians are craving stability. “The [dire] economic situation is largely due to the absence of law and order,” argues Galal Amin, Professor of Economics at AUC. “This is affecting tourism, investment, production, transportation.”

Sisi launched a brutal crackdown on dissent as defense minister and has indicated that a tough stance will be maintained during his tenure as President.

Yet, a concern with projecting power can come at the expense of solving political and economic problems. In the latter years of Mubarak’s rule, Egypt’s economic growth, exchange rate and financial ratings appeared healthy. Yet these indicators masked a range of chronic social problems such as rampant corruption, widening inequality, high inflation, rising poverty and unemployment in the double digits. The sclerotic political and economic system was maintained by a police state but it was the corrupt ‘stability’ that precipitated revolt.

“The average citizen heard the [economic] policies that were announced by the government and he found the reality on the ground completely different,” said Tarek Selim, Professor of Economics at the American University Cairo’s Business School. “This actually ignited the January 25th revolution.”

During the election campaign, Sisi gave little indication that respect for human rights, reform of the notoriously savage security forces or a strong commitment to tackle corruption were high on his agenda. Sisi will have to engage with the acute, longstanding economic problems and questions of justice that drove the 2011 uprising, rather than simply imposing a brutal law and order agenda, in the hope that stability breeds economic success.

Sisi praised the military’s economic prowess during his election campaign and said that he envisages a greater role for the military in the economy. The military could be enlisted in Sisi’s plans – outlined during election campaigning – to undertake large-scale infrastructure projects (estimated at a cost of $140 billion); including re-claiming vast tracts of desert land to build 48 new cities and 8 new airports, in addition to developing fish farms, agriculture and renewable energy.

“Their [the military’s] impact on the economy would be much more positive when there are more joint projects between the military and the civil sector, especially infrastructure projects,” said Professor Tarek Selim, in an interview last year. “The military has proven that they are much more efficient than the civil sector in that respect.”

Yet, some question whether Sisi’s plans for the desert are feasible given the huge cost and the similar, less ambitious plans that have stalled in the past. Others worry about an expanded role for the military in Egypt’s economy.

Successive regimes have shielded the military’s budget from oversight, yet it is certain that the military has built a significant business portfolio. They own hospitals, water-treatment plants, Red Sea resorts, a chain of petrol stations and vast tracts of land. They build housing projects, bridges and tunnels. Barely-paid conscripts manufacture a huge range of products in military-owned factories.

Businesses, which are solely-owned by the military, are exempt from paying tax, and the military enjoys privileges in bidding for contracts and economic monopoly concessions, that arguably undermine competition in the private sector.

Last year, a report by the Egyptian Initiative for Personal Rights criticized the “continued operation for the Egyptian military as effectively a state within the state by guaranteeing that its budget is exempted from any oversight, thus depriving the Egyptian economy from a huge financial resource.”

Sisi is likely to disappoint those calling for greater transparency or reform. During election campaigning, Sisi cited the need to protect national security as a reason for not divulging a full electoral program.

Huge sums of money from Gulf countries – notably Saudi Arabia, the UAE and Kuwait – have stabilized Egypt’s diminishing currency reserves and paid for subsidies. Egypt has received over $20 billion in aid from Gulf countries since Morsi was toppled. This has instilled some confidence among investors; Egypt’s main stock index has grown by almost 70% during this period.

Sisi has stated that funding for projects will continue to rely on Gulf funds, as well as drawing on domestic and foreign investment and remittances from Egyptians living abroad.

However, sustained Gulf assistance is not guaranteed as economic and social pressures could lead Gulf countries to reduce future funding, and they are unlikely to want to offer long-term funding, unless Egypt makes economic reforms.

“Optimally the government would use the respite offered by the Gulf funding to implement the necessary reforms in the economy at its own pace,” argues Mohamed El Dahshan. Without reforms, Egypt could eventually be forced to approach the International Monetary Fund (IMF) for help. The IMF would be likely to demand a sharper, more painful rebalancing of the economy in exchange for loans.

Sisi will have to develop a longer-term plan that weans Egypt from its reliance on politically and economically contingent Gulf support.

The Austerity of Youth

Sisi frequently deployed the rhetoric of austerity during his election campaign, stressing the need for Egyptians to work hard and make sacrifices in order to escape economic hardship. Sisi has also cautioned that “perhaps one or two generations will be necessary for the country to live.”

That may not go down well with a section of society that has already been experiencing economic hardship; in 2013 the Central Agency for Public Mobilization and Statistics (CAPMAS) reported that 28.3% of young people were unemployed, compared to a general unemployment rate of 13.2%. Underemployment is also a significant issue for young people. Weak growth is failing to create enough jobs for the burgeoning youth population.

Egypt has a demographic pyramid, with a huge proportion of the population under 30 years old. Sisi will have to offer hope and tangible economic benefits to young people, whose rage and desperation have periodically spilled into the streets over the past three years.

Sisi has pledged that Egyptians will see notable economic progress within two years, yet the economic questions he faces are daunting.

Can he reduce subsidies, protect the poor and meet energy demands, whilst avoiding further currency devaluation? Will a man, who was head of military intelligence under Mubarak, challenge corruption and police brutality? Can economic and political justice be delivered under a harsh law and order agenda? Can he define a role for the military that is compatible with broader prosperity? Can he wean Egypt from its dependence on foreign largesse?

Crucially – will Sisi be able to defy the scale of the problems to provide rapid, palpable economic improvements for a young, impatient populace?