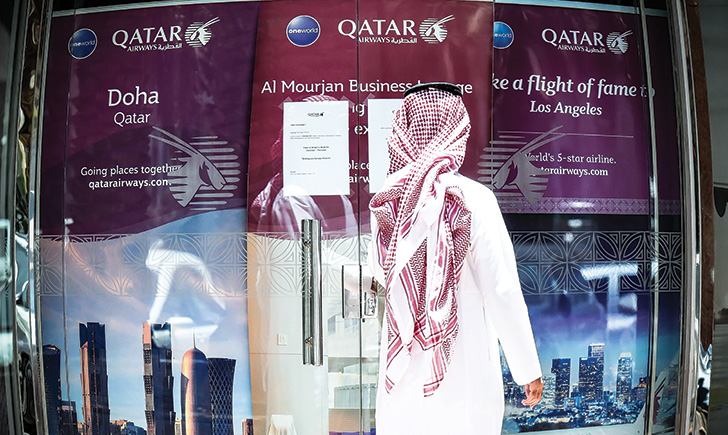 Blockades on the Gulf country started early June under allegations that Qatar supports terrorist groups. Until now, several restrictions were imposed on the nation, including the ban of vessels coming and heading to Qatar by the United Arab Emirates (UAE), and the ban of Qatari airplanes from landing and crossing Saudi, Bahraini, and Emirati air spaces. The restrictions sparked major concerns in the petroleum industry, as the nation is responsible for as much as one third of the world’s supply of liquefied natural gas (LNG).

Early July, the Egyptian Suez Canal Authority announced its commitment to ban Qatari ships from docking in ports within the canal’s economic zone. This recent move against Qatar enhanced the sensibility of the crisis and kept people scratching their heads on whether the diplomatic tension would severely impact the oil and gas market in Egypt and in the region in the near future.

The Suez Canal is a strategic corridor for international trade that holds 10% of the world’s waterway trade flows. As such, some have raised their ears in alert when the Head of the Suez Canal Economic Zone, Mohab Mamish, announced in a press statement the organization’s intentions to ban Qatari ships from entering its ports.

It is important to note, however, that, although the ban is applicable according to the Egyptian territorial water regulations, blocking the Gulf country’s vessels from docking in its ports does not prevent them from passing through the canal itself.

Still, fear had been spread mid-June when two cargoes from Qatar, which were heading to the United Kingdom (UK) through Egypt, changed the route towards South Africa’s Cape of Good Hope, leaving concerns that Egypt might have closed the passage of Qatari ships. However, subsequent cargoes from Doha normally crossed the canal, bringing relief as well as confusion.

An Asia-Pacific-based LNG shipping analyst told Energy Egypt that it “was likely Qatar’s decision to turn away the two cargoes rather than Egypt’s.” The analyst added that, “as an international waterway, it is very hard to prohibit the transit of vessels, and the Egyptian government would not oppose the transit of Qatari vessels as the canal is a big contributor to the national income. Instead, the Qatari government may choose not to transit to avoid paying any US dollars to the Egyptians.”

In fact, the free navigation in the Suez Canal is secured by the Constantinople agreement, an international law that forbids the blockage of the corridor to any country. “The Suez Maritime Canal shall always be free and of commerce or of war, without distinction of flag. Consequently, the High Contracting Parties agree not in any way to interfere with the free use of the Canal, in time of war as in time of peace,” a document issued after the Constantinople Convention in October 1888 stated.

Following the announcement of the Head of the Suez Canal Authority on the docking blockage, concerns were also risen on whether forbidding Qatari ships to enter the ports would affect Egypt’s economy. To diminish the distress, Mamish guaranteed in his statement that blocking the Egyptian ports to the Gulf country’s vessels would not affect the North African nation’s income, as the number of ships from Qatar docking in the corridor’s ports is not significant.

As Egypt relies mainly on natural gas to the production of electricity, the nation has been recording high percentages of imports to mitigate its energy instability due to the decline in gas production and the continuous increase in electricity demand.

With this scenario, the diplomatic crisis can represent an impasse for the Egyptian energy market. In the short-term, if the boycott on Doha becomes harsher and shakes shipment and trade relations between both countries, Egypt may have to change its scheme of natural gas suppliers, which might result in higher costs for gas importation.

On the long-term, however, Qatar and other gas providers are already to see a decline in its exports to Egypt. That comes as the Ministry of Petroleum announced the country’s plans to achieve self-sufficiency in gas output by 2018. The vision was established following prospects of a 50% increase in natural gas output after the new fields of Zohr, North Alexandria, and Nooros come online.

Among the countries involved in the diplomatic dispute, Egypt seems to have a solid base to avoid having its oil and gas sector strongly affected by the Gulf crisis. Along with the efforts to become a regional energy hub and fully cover its gas demands with local production, the country is additionally building the way to secure its economy from the industry’s oscillations.

However, despite its firm ground, the oil and gas sector might still face further implications if new measures are applied against Qatar, or if the crisis continues for much longer. Despite the likely impacts, the future of the petroleum industry in the region is still uncertain due to the unpredictable cards that might still be on the conflict’s deck. 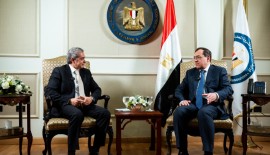 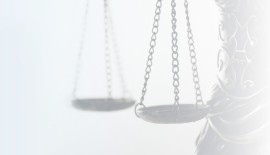 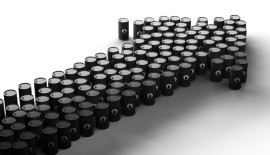