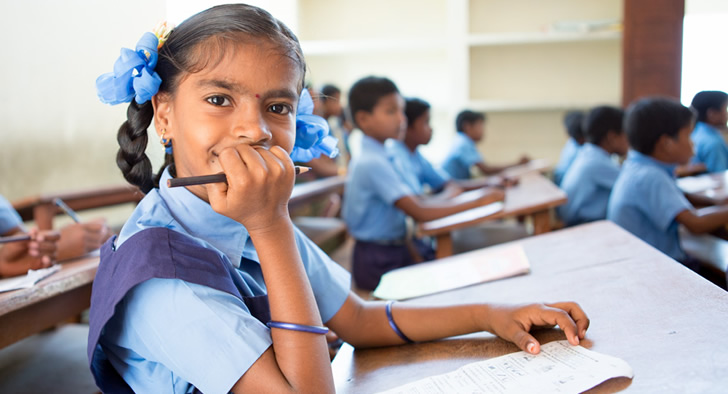 Business is full of acronyms, but there is one in particular that is shaping the oil industry. CSR, stands for Corporate Social Responsibility, and its importance lies in its ability to respond to the world’s constantly growing demand for accountability.

Despite not being a new concept, more effort has been invested in CSR in recent years, and the petroleum sector is by no means an exception. According to experts, the trend’s importance is easy to explain: it has an impact on the bottom line.

As Professors Michael E. Porter and Mark R. Kramer, Harvard University, explained in an article recently published by the Harvard Business Review, “myriad organizations rank companies on the performance of their CSR, and despite sometimes questionable methodologies, these rankings attract considerable publicity.”

Companies were not always eager to embrace CSR; many were obliged to rush to do so to response to crisis on public image after being surprised by public outcry related to issues not previously recognized as part of their business responsibilities.

Nike, for example, faced an extensive consumer boycott after the New York Times and other media outlets reported abusive labor practices at some of its Indonesian suppliers in the early 1990s. Eventually, to counter this Nike poured its marketing expertise into its own corporate reputation, and sought to portray a caring company that was concerned about working conditions in its contractors’ factories. It hired a former Microsoft executive to be vice president for corporate and social responsibility, and expanded its CSR division to 70 people, according to Sharon Beder, “Putting the Boot In,” The Ecologist.

Other example of sudden awakening to CSR’s important came after Shell Oil’s decided to sink the Brent Spar, an obsolete oil rig, in the North Sea leading to Greenpeace protests in 1995, and subsequent international headlines.

Similarly, pharmaceutical companies discovered that they were expected to respond to the AIDS pandemic in Africa even though it was far removed from their primary product lines and markets; and the academics also point out that fast-food and packaged food companies are now being held responsible for widespread obesity and poor nutrition.

“CSR is valuable because it results in the construction of a strong corporate reputation, in attracting and retaining motivated people, in the reduction of risk, the reduction of operating costs, the reduction of regulatory oversight by working closely with regulatory agencies to meet or exceed guidelines, an increased appeal to investors, and the strengthening of strong community relationships,” explained Dr.Hamed M. Shamma, BP’s Endowed Chair and Associate Professor of Marketing at The America University’s Cairo School of Business.

A report carried out by Spain’s ESADE Business School noted that “today, the competitive scenario where companies operate is defined by two driving forces, economic continuity in a highly competitive context, and the greater social pressure that requires the private sector play a more active role in its contribution towards sustainable development.”

Internationally, a lot of companies have strengthened their commitment with regards to the environment and the communities affected by their activities. Energia16, a Spanish publication, recently reported that those who were quickest to take the initiative on social and sustainability policies were generally European companies such as Norway’s Statoil. In the Latin American energy scene, such was also the case with companies like Repsol, and Iberdrola.

Egypt is not too far behind, in fact “over the past five years, more and more companies have been executing CSR policies in response to society’s growing expectations from companies”, affirmed Shamma.

Philanthropic activities, sports clubs, fellowships for brilliant students, charity donations, infrastructures and increasing the green footprint are some of the examples of what is being doing by Egyptian companies.

Despite that, the work isn’t easy. “Companies have to be genuine in what they do. Doing something to cover up for something else will be easily understood by people,” Shamma cautions.

The expert explained that previously in Egypt most CSR practices started as a result of a reaction to public pressure. These activities where effective on the short term, but once they ended, the pressure began building up again, proving this approach unsustainable. Nowadays, CSR is becoming part of the business strategy and is reflected in the values of said organization. It should not be thought of as a reactive approach to what companies do, but rather considered as a strategic priority that is embedded within the company values. This has a more long term effect and is thought to bring long term trust and reputation in the minds of stakeholders.

CSR gives a controversial sector the opportunity to put its best foot forward, and to boost its reputation. No one would like to miss the boat on this, especially given that these initiatives are generally not very costly.

Companies need to explain themselves. “Success is about more than finding and producing oil and gas. We need to understand how our operations affect the environment and do all we can to minimize the impact,” according to Dana Petroleum’s website. “The Group’s environmental strategy focuses on the prevention and minimization of impacts on the environment through the implementation of adequate measures, practices and technologies throughout the product cycle,” states Hellenic Petroleum.

There is an international clear framework for CSR which was established only in 2010. Since then ISO 26000, following five years of negotiations between many different stakeholders across the world, began providing guidance on how businesses, and organizations can operate in a socially responsible way. This means acting in an ethical and transparent way that contributes to the health and welfare of society.

Nevertheless, ISO 26000:2010 provides guidance rather than requirements, so it cannot be certified to unlike some other well-known ISO standards. Instead, it helps clarify what social responsibility is, helps businesses and organizations translate principles into effective actions and shares best practices relating to social responsibility, globally. It is aimed at all types of organizations regardless of their activity, size or location.

According to Shamma, “Awareness about CSR in Egypt remains focused on the philanthropic dimension. What needs to be developed is a comprehensive understanding of CSR. Being responsible to people, shareholders, customers, government, environment as well as the community. This requires a different approach to doing business. It requires integrating CSR as your core strategy, linking to all dimensions of business and including it in evaluating performance. This mindset should not only apply to corporations, but should apply to other institutions including the government and society.”

Strategic CSR moves beyond good corporate citizenship and mitigating harmful value chain impacts to mount a small number of initiatives whose social and business benefits are large and distinctive. Thus strategic CSR involves both inside-out and outside-in dimensions working in tandem. It is here that the opportunities for shared value truly lie.

Many opportunities to pioneer innovations to benefit both society and a company’s own competitiveness can arise in the product offering and the value chain. Toyota’s response to concerns over automobile emissions is an example. Toyota’s Prius, the hybrid electric/gasoline vehicle, was the first in a series of innovative car models that have produced competitive advantage and environmental benefits. Hybrid engines emit as little as 10% of the harmful pollutants conventional vehicles produce while consuming only half as much gas. Toyota has created a unique position with customers and is well on its way to establishing its technology as the world standard, as explained in the Harvard Business Review.

On the other hand, one of the most asked questions regarding CSR is how to measure the impact of its execution. Repsol, which recently won the Petroleum Economist’s CSR Program of the Year award, was clear in its response to Egypt Oil & Gas “As we see every day in the news, it is the absence of CSR that can truly harm an income statement.”

This winner explained that they have publicly adopted “commitments in the form of corporate policies on health, safety and environment, human rights, people management, corruption, indigenous communities and other matters. And these policies are developed in rules and procedures that have introduced real changes in our management systems, besides to set targets for improvement aligned with variable remuneration systems for employees to get them.”

Last but not least, the decision to market a company’s CSR activities. The issue of publicizing CSR efforts is an important one. Most companies prefer a major marketing campaign of their CSR activities; consumers need to know what they do. It is by marketing these activities that the benefits of CSR will be gained in terms of enhancing consumers’ perception of a company, increase in sales, attraction of employees, investors and suppliers. However, Shamma says “we have evidence to prove that the public are starting to realize that this is a marketing gimmick. Many Egyptians are starting to doubt what many companies claim to be CSR activities. People need to feel that what is being communicated is true. In fact, many of the CSR budgets of companies end up being spend in marketing of the activity than the activity itself.”

Today, for companies CSR seems to be less of an option, but rather a premise to survive in a world where liability goes beyond fairness and became a clear asset.