Port of Beirut Incident: Can It Take A Century to Learn from Mistakes? 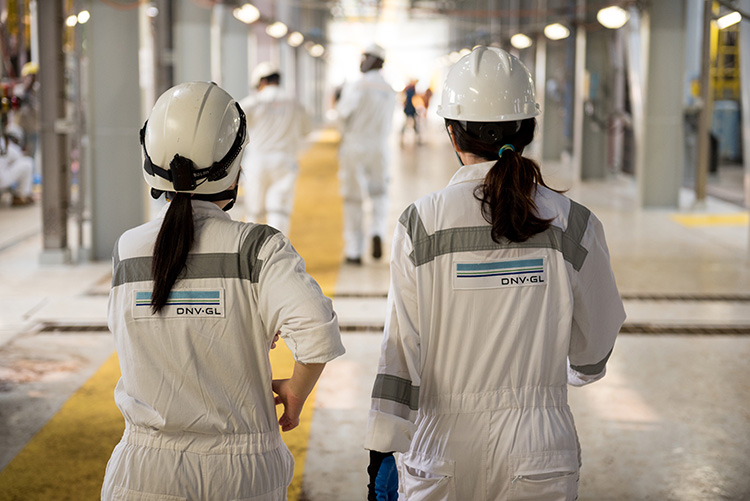 On August 4, a major fire broke out in a Port of Beirut warehouse and spread to 2,750 tonnes of stored ammonium nitrate. In the past, many incidents have occurred with ammonium nitrate: quite a few of them with disastrous consequences, often developing in a similar pattern to what we saw in Beirut. How could this happen? Was it an unlucky chain of events, or the result of a deliberate malicious act? Can we consider this as an incidental ‘freak’ accident?

The explosion caused at least 200 deaths with many thousand injured. An estimated 300,000 people have been left homeless and large parts of the Lebanese capital are now flattened. Some reports say the shock wave was so intense that it was felt in Cyprus, an island about 250 kilometers north-west of Lebanon. A giant orange cloud of combustibles was seen following the detonation, suggesting the vast release of nitrogen dioxides.

It is too early to draw conclusions as to the immediate causes of the accident and an independent investigation will need to be conducted. But one thing is already sure: this accident is not a one-off.

The ammonium nitrate that caused the explosion appears to have been impounded and stored for six years after it was seized from a cargo vessel in 2014. Ammonium nitrate is a white crystalline solid consisting of ions of ammonium and nitrate. It is highly soluble in water and hygroscopic (i.e. tending to absorb moisture) as a solid. It is predominantly used in agriculture as a high-nitrogen fertilizer, with an estimated global production of more than 20 million tonnes. Thus,  it is hardly an exotic material, rather than a household product.

If ammonium nitrate’s primary use is as a fertilizer, how can it cause so much mayhem? Ammonium nitrate can decompose – non-explosively and non-violently – in temperatures above 210 °C into nitrous oxide gas and water vapor when heated. However, under certain conditions it can be induced to decompose explosively. Explosions are not uncommon. Many relatively minor incidents are recorded every year, and several large and devastating explosions have occurred. Historical data reveals that industrial accidents involving ammonium nitrate explosions have killed hundreds of people since the early twentieth century. Accordingly, the explosion hazards of ammonium nitrate are well understood. It is also known that large stockpiles of the material can be a major fire risk as ammonium nitrate acts as oxidizer.

‘Learning from events’ is a key element of Process Safety Management (PSM) to achieve continual improvement; it is important to realize that this extends to incidents that happen in the entire industry, away from your plant or operations.

The five principles of inherent safety,  originally developed by Trevor Kletz, can be applied to address these questions in a systematic manner.

The first principle of inherent safety is elimination. In this context the elimination would imply, first, removing the need for agricultural fertilizers and avoiding ammonium nitrate for producing industrial explosives, which is called nitrate-dependent anaerobic ferrous oxidation (NAFO). This is somewhat difficult to imagine; probably more relevant is the question of whether the use of fertilizers can be minimized (second principle). Also, under the principle of minimization the amount of ammonium fertilizer processed, handled and stored should be reviewed. The Beirut accident involved a large quantity of fertilizer, however, other fatal accidents like West, Texas (2011) in which 15 people perished, involved far smaller quantities (only 30 tonnes). So, the second principle of inherent safety – minimize – may not be very helpful in reducing the risk.

The third principle – substitute – looks more promising. Many countries are phasing out their use of ammonium nitrate in consumer applications due to concerns over its hazardous properties and potential for misuse. Urea has become more widely used as a nitrogen source for forage production, although it does suffer from a high degree of nitrogen volatilization, undermining its effectiveness as fertilizer. Also, the release of nitrogen in the atmosphere is becoming a hot political topic in some parts of the world (e.g. the Netherlands) because of its environmental impact, so urea as a substitute for ammonium nitrate is contentious. Other alternatives like the application of non-volatilizing nitrogen products like ammonium sulphate or treating the urea fertilizer with a volatilization inhibitor can alleviate these issues.

The fourth principle of inherent safety is ‘moderate’. This principle is related to minimizing the consequences and impact of an incident. Considering the disastrous consequences, mitigation (i.e. limiting the negative effects of an ammonium nitrate explosion) seems difficult: once the detonation has occurred, there is little we can do to limit its effects.

The fifth principle of inherent safety of ‘simplify’ is related to simplifying the production, storage and handling of ammonium nitrate so that it is less likely for an incident to occur. Considering that most disasters occurred during storage rather than production or handling, it is hard to see how this principle could significantly lower the risk.

The most effective way to limit the risk associated with ammonium nitrate accidents is to avoid these incidents in the first case, by minimizing the use of fertilizers and finding alternatives to ammonium nitrate.

The application of the principles of inherent safety as demonstrated above are central in managing process safety. These should be embedded in your PSM system, specifically in the design and engineering of new developments (capital projects). But also, when changes are made to existing facilities or plant operations; the seeds for a safely operating plant are planted in its design phases by implementing inherent safety measures.

The recent accident in Beirut is not unique, with the first industrial accident with ammonium nitrate dating back more than a century ago. Learning from these incidents is crucial to prevent them from occurring, and a systematic ‘learning from events’ process should be part of a PSM system. Also, the Beirut accident highlights that applying the principles of inherent safety (eliminate – minimize – substitute – moderate – simplify) in plant design and modifications as well as plant operations are essential to manage process safety incidents.

DNV GL’s technical experts can advise you on the best approach to manage your process safety risks.