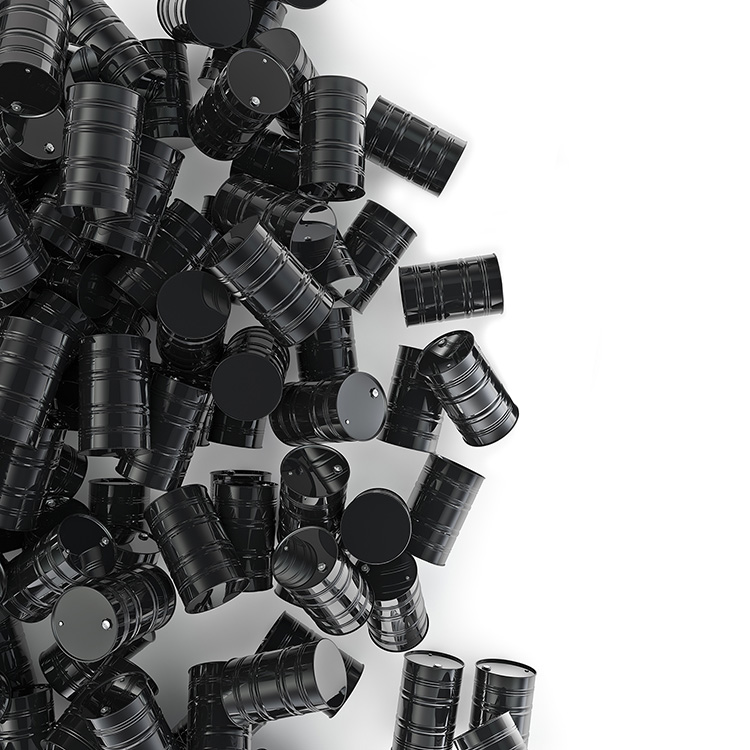 Ever since the outbreak of the first coronavirus case in Egypt back in February, one-by-one, several industries began slightly shifting their mode of behavior, anticipating the inevitable shift of the economy. The past few months have also witnessed a shift in the consumption of petroleum products as it was largely affected by the decrease of transportation and the halting of almost all flights inside and outside of the country.

On a global scale, with the continued lockdown on air travel in several places, the pandemic is still dominating the oil demand as it remains to decrease constantly. Before the pandemic, it was estimated that the world was consuming about 100 million barrels per day (mmbbl/d). Now, during the pandemic, it is estimated that from February to March, the world consumed about 30 mmbbl/d  less in demand. The International Energy Association (IEA) has stated in its report of the oil outlook of June 2020, that oil demand is expected to fall to its lowest point yet by 8.1 mmbbl/d, noting that the demand for jet fuel has a hand in the decline of the overall demand and the recovery seems unlikely before 2021.

To get a clearer picture of how the coronavirus played a role in Egypt’s oil and gas consumption, it is better to examine consumption rates pre-coronavirus outbreak. National consumption of petroleum for example has decreased significantly by 11.53% in April 2020 compared to April 2019, according to the Central Agency for Public Mobilization and Statistics (CAPMAS).

However, as life begins to return to a new normal, and with the ease of lockdown restrictions that were once imposed on Egypt these past few months, there are signs that consumption levels may return to normal. According to Al-Mal newspaper, the Ministry of Petroleum and Mineral Resources (MoP) began importing the market’s needs for gasoline and diesel at pre-pandemic rates. Recently, the consumption of gasoline and diesel ranged from 11,000 to 13,000 tons and 21,000 to 25,000 tons, respectively, due to the previously imposed curfew.

Ibrahim Kshanh, Energy Management Expert, stated that the pandemic certainly played a role in the lower demand and consumption of fuel in Egypt, indicating that it is an expected result of “[the] reduction in international and domestic travels, as well as the reduction in many commodities consumption which means less energy consumption for industrial activities.”

There has been an obvious correlation with the flourishing of oil prices, and any talk of vaccine news. As soon as the American biotechnology company Moderna Inc. announced that its vaccine showed signs of creating an immune-system response to the virus, the market began to gain some ground. With the Brent crude already on the rise recording $43.79 on July 15, showing significant progress since its fall down in April to $18.4. While there is no tangible evidence that the oil demand will be back to its pre-pandemic levels any time soon, the question remains: could things differ if a vaccine was developed? Experts weigh in as Kshanh remarked that the existence of a vaccine will not make any substantial change in the oil and gas industry at least until the end of the year. It appears that up until this moment, there is not a clear-cut indication of when the energy market will return to its former glory.

Such circumstances beg the question: how has this temporary oil slump reflected on the country? It certainly has taken its toll when it comes to trade. The decline in consumption has disturbed the import-export balance in this short time. This is clear in CAPMAS’s Monthly Bulletin of Foreign Trade Data which denotes a drastic decline in petroleum exports by 78.4% in April 2020 compared to April 2019. Not only that, but petroleum imports have decreased significantly in the same period by 47.5% compared to April 2019. This was expected as a result of the obvious reductions in road transport and air travel all over the world.

Kshanh denoted that, with the return to a new normal, “the demand for petroleum products will start to increase. [On a national level], this impact will increase the imports of petroleum products and the subsidy bill.” Adding that, on a global level, “Egypt will get benefit after the return of the world trade traffic through imports of the Suez Canal and remittances from workers abroad.”

Despite the slight instability in the economy, Egypt remains on steady ground. In a statement by Leila Benali, Chief Economist at the Arab Petroleum Investments Corporation (APICORP), she noted that “the three major countries where you will see the highest planned and committed investments are Saudi Arabia, the UAE, and Egypt, and we are seeing more than $60 billion that should be injected in the energy sectors, respectively, over the next five years.” The International Monetary Fund (IMF) has also maintained Egypt’s forecast of economic growth at 2%. Making Egypt one of the very few countries expected to record positive growth for 2020. With that, the future for the Energy sector in Egypt does not seem so bleak after all.