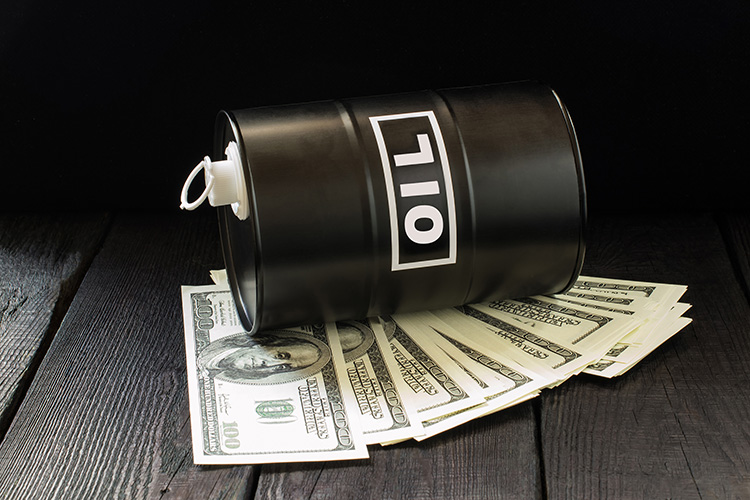 Article contributed by DirectFN™, a subsidiary of National Technology Group (NTG) – one of the largest ICT companies in the Middle East. DirectFN™ is a provider of exchange information to institutions via direct feeds or its DirectFN™ workstation, which includes reference data, charting tools and other content required by both the professional and retail investment community in the Middle East and global investment community.

For more insights logon to Decypha.

In an attempt to prop up the oil prices, the Organization of the Petroleum Exporting Countries (OPEC), along with 11 non-members, decided in November 2016 cut oil production as they battle a global glut of crude to push oil above $50 a barrel in 2017.

The dilemma started in 2014 when the prices of oil started to slide. In June 2014, the North Sea Brent crude oil, which is used as a price benchmark, reached $115. However, it fell to half of the amount by the end of the year. In January 2016, the price of Brent crude oil fell below $28 a barrel, according to the BBC.

The prices fell due to the global oversupply and the boost in the United States shale production, which led to the first decision to cut oil production in eight years, Bloomberg reported.

Amrita Sen, Chief Oil Analyst at Energy Aspects Ltd, said that this should be a wakeup call to those who argued the death of OPEC, as the organization wants to push inventories down.

In May, OPEC announced that it would expand its cuts to oil output until March 2018 after they had a meeting with non-members in Vienna. The expansion was announced after the first 6 months of the agreement, which started in January 2017, failed to clear a global supply overhang, according to CNBC. The move was also approved by OPEC and non-OPEC members and equate to about 1.8 million barrel per day (b/d), equivalent to 2% of global oil production, supply cut that will persist until 2018.

While the extension decision was predicted prior to its occurrence, investors had hoped OPEC would agree to longer and deeper cuts, according to Reuters.

After the extension of further nine months, Saudi Minister of Oil, Khalid Al-Falih, said that multiple options were discussed, including six, nine, and twelve months extensions. Higher cuts were also considered; however, there was a consensus that a nine-month extension is an optimum solution. The Saudi minister added that the extension period deems as a “safe bet”, because a six-month extension would meet a seasonal build [of supply] in the first quarter of 2018 and could destruct what they have done.

The United Arab Emirates (UAE), however, believes that OPEC may have to extend its oil-cuts deals when the group meets in November this year, the UAE Minister of Energy, Suhail Al-Mazrouei, told Bloomberg. Additionally, Al-Mazrouei noted there must be some control on countries that are not part of the Organization. The cartel’s next meeting is set to be held on November 30, 2017, in which the Organization will discuss the expansion of the time horizon.

Joining the UAE’s vision, Johannes Benigni, Chairman of the JBC Energy Group, also argued that nine months are not sufficient and will be “insignificant”, stressing that demand will not be balanced until, at least, the end of 2017, CNBC reported. “OPEC is implying that they will be doing great in 2018, but you will see that they will have to proceed with their cuts,” Benigni told CNBC.

“OPEC members had a chance, but they bottled it. A nine-month extension is not enough to make a significant rise in oil prices as the United States will continue its fill the gap,” Neil Wilson of ETX stated to media, according to the Guardian.

In June, OPEC struggled against the rising production from Iraq, Saudi Arabia, and Angola. However, efforts have improved by non-OPEC members, including Russia, Bloomberg reported. Howbeit, the two biggest producers of oil, without whom the deal will fall apart, Saudi Arabia and Russia, have considerably stuck to the deal and made 122% and 94% of their promised reductions in June, according to data from OPEC. Meanwhile, Iraq did not see an improvement as its compliance fell to 28% in comparison to 86% in April.

As OPEC is relentlessly pursuing a reduced oil output, Libya and Nigeria have boosted their production as both of them are exempted from the decision because of local conflicts. Yet, the Kuwaiti Oil Minister, Issam Al-Marzouq, said that the two African Nations will be invited to the committee meeting in July to discuss the stability of their production, Bloomberg reported.

Meanwhile, the crude oil production of the United States, which is not part of the deal, has risen this year, according to CNBC.

How Oil Prices are Responding?

While the oil-cut deal was initially made to boost the prices, the deal did not deliver the promised and expected result in the first six months. In May, the oil prices fell by 5% as the output curbs failed to impress investors who had been anticipating larger cuts, Reuters reported. “The oil prices are always choppy,” Miswin Mahesh, an Oil Analyst at Energy Aspects, told CNBC.

In July, the oil prices rose modestly. However, the increased activity of the United States and the uncertainty that is revolving around the Libyan and Nigerian position is still imposing some vagueness, according to Reuters.

Despite the slight improvement in prices, Brent crude prices still are 17% below their opening level since 2017. Analysts said that the prices were pressured by the raise of the US and OPEC output, as well as exports, even though the strong demand limited the decline in prices.

The stubborn low prices of oil was predicted by Forbes earlier this year. Forbes said that global storage inventories should be substantially reduced before higher prices for oil can be achieved, adding that if all OPEC members adhered to the decision, results can be reflected on prices at least after a year, and it will last even longer if they stumbled and deviated through the process.

At the time the deal surfaced in November 2016, Andy Brogan, Global Oil and Gas Transaction Leader at EY, told Fortune that the deal will not bring the world again to the time of the $100 oil or even $75 oil. However, it will also not bring it back to the $28 any time soon.

The extension of the deal is more likely to keep the prices balanced. Oil prices are more likely to rise to $57 a barrel should the members adhere to the 2018 extension plan, Sushant Gupta, Research Director at Wood Mackenzie, told Reuters Global Markets Forum.

What to expect from OPEC’s deal?

Analysis have differed on whether the oil prices will surge, balance or downfall as a result of the deal. An analysis from Eurosystem indicated that the oil prices are expected to increase by the end of 2017 to between 19% and 25%. However, this rise is surrounded by risks as well. One of the risks is the presence of massive inventories accumulated over two years, in addition to the aforementioned increased production of countries exempted from the decision.