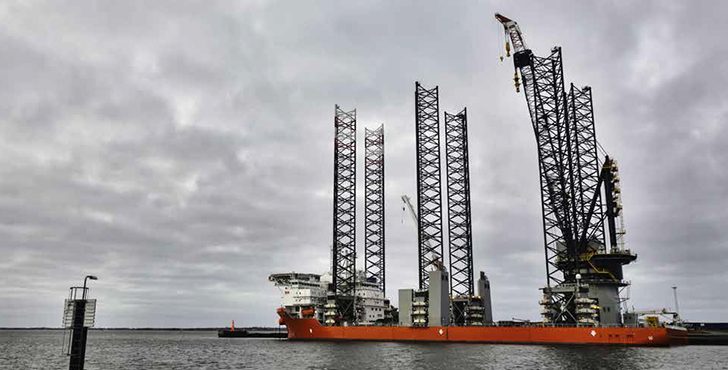 The pace of change in the oil and gas industry has been remarkable. Rapid industrialization over the past two decades has increased consumption of oil and gas, while technology has made meeting that demand possible. The expanding world population and chang- ing lifestyles means that the pressure to increase gas and oil production will never end.

Rex Tillerson, ExxonMobil Chairman and CEO, addressing the 21st World Petroleum Congress in Moscow this year, discussed the ex- traordinary changes that new technologies have made in the field. “With each passing year, our industry continues to advance the tech- nologies we employ – enabling us to go deeper, more quickly, more accurately, and more safely than ever before.”

New technologies are being developed at every level and from every angle – the amount of extractive industry patents rose from under 700 in 2005 to 1400 in 2010, and that pace is accelerating, reports the Venture Beat in a guest column by Mac Eltab.

On the local front, Egypt celebrated the manufacture of the 1000th locally manufactured API Certified Sucker Rod by GE Oil & Gas and Petrogas.

Drones and Energy Use

The Natural Gas Organization provides figures that suggest that 22,000 fewer wells are needed to produce the same amount of en- ergy as in 1985; technology has reduced the size of well pads with a concomitant decreased need for land. New exploration techniques do not depend on explosives, which lowers risk and impact.

Colorado Cleantech Industries Association organized a seminar for new innovations, which was held at the Governor’s Mansion – a clear sign of the importance attached to innovation in the field. They had issued a challenge in July that 40 companies responded to, and 12 were chosen to make presentations.

Subsea drilling is a giant leap into extending fossil reserves. The sea- bed – a hostile and previously inaccessible area – is now being ex- plored, thanks to amazing technologies. Karl Johnny Hersvik, head of Norwegian Statoil’s research and development, believes that “subsea is the next generation of field development.”

GE has an innovative solution to prevent corrosion and connection seizure issues caused by marine and calcareous growth. FLX360 employs a mechanism similar to the bayonet fitting on a light bulb – a threadless design with small pins fitted on the side. The remote oper- ating vehicle (ROV) rotates the mechanism, which then catches and locks. There is guidance on the stab plates to avoid misalignment, an- gular, rotational or lateral. “The FLX360 is a clear example of common sense engineering, showcasing our ‘systems wide’ wide approach in the evolution of subsea technologies. Stab plates are a critical com- ponent, which once engaged, are held together by huge force. They should remain in position, regardless of external conditions for many years, but should also be able to be ‘de-mated’ on demand,” says Paul White, Director-Subsea Technology at GE Oil & Gas Systems.

The development of ROV’s has made previously impossible tasks commercially viable.

As we consider the enormous implications of new technologies for the oil and gas industry, Rex Tillerson added this perspective: “Simply put, the global need for energy we see today – and the growth and demand we anticipate in the decades ahead – will require the world to pursue all sources of energy, wherever and whenever they are eco- nomically competitive…This means that we must invest, innovate, and relentlessly advance the technologies and techniques that promote energy efficiency, improve environmental performance, and reduce the greenhouse gas and air pollution emissions associated with in- creased energy use.” The oil and gas industry has already shown that it is dynamic and can rise to any technological challenge – they are doing it already.