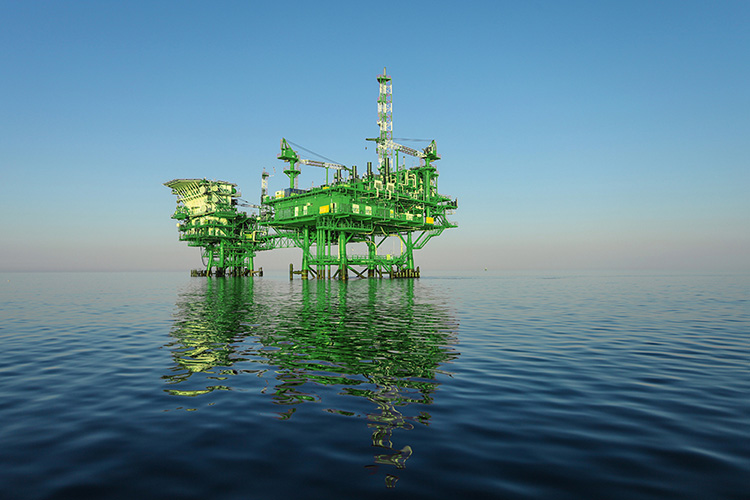 Recently, several oil companies have announced their plans to turn their oil business green in the upcoming years. The transition, for the oil and gas industry, from the currently normalized way of work to an environmentally friendly industry, is not easy, nor is it going to be smooth. However, going green should be on the horizon, especially after 175 countries, Egypt included, have signed the Paris Agreement Act. The Paris Agreement Act addresses climate change and deals with the problem of greenhouse gas (GHG) emissions. The oil and gas industry should align with the United Nations’ (UN) sustainable plan; which poses the question: could natural gas be the stepping-stone of a better green future?

It sounds far-fetched, but it could be a step towards a more sustainable, eco-friendly energy future. Despite being a fossil fuel, natural gas has the least combustion level of global warming emissions among other fossil fuels such as coal or oil. When combusted efficiently in power plants, natural gas releases about 50% – 60% less carbon dioxide (CO2) compared with emissions from a typical new coal plant. Mohamed Abdalla Elbadrawy, Process and Production Operation Team Leader, commended that the nature of natural gas as it is not as harmful as other fossil fuels and cleaner as well, “making it an ideal bridge to a renewable energy powered future.”

While natural gas is not 100% environmentally friendly, it remains the closest energy source to bridge the gap between fossil fuels and green energy in the oil and gas industry. There are several environmental points taken in favor of natural gas; for one thing, it is utilized to help to combat smog formation in poor ground level air quality areas.

An Environmental Engineer told Egypt Oil & Gas (EOG) that “compared with some other fossil fuels, natural gas emits the least amount of carbon dioxide into the air when combusted, making natural gas the cleanest burning fossil fuel of all.” Compared to other fossil fuels, natural gas emits 117,000 British Thermal Units (Btu), while coal and oil emit 164,000 Btu, and 208,000 Btu, respectively. The International Energy Association (IEA) shows that “on average, coal-to-gas switching reduces emissions by 50% when producing electricity and by 33% when providing heat.” Natural gas’ emissions of Carbon Monoxide, Nitrogen Oxide, and other harmful emissions are considerably low compared to others. Thus, proving that natural gas greatly contributes to reducing the release of emissions into the atmosphere.

A Bump in the Road

Despite providing a better alternative – environmentally and financially – to other fossil fuels, it is not just sunshine and rainbows when it comes to natural gas. The biggest issue affecting the environment when it comes to natural gas’ operations is fugitive gas; also known as methane gas. A study, published by the Proceedings of the National Academy of Sciences of the United States of America titled ‘greater focus needed on methane leakage from natural gas infrastructure,’ found that any methane leakage in natural gas plants have to be kept below 3.2%. So that these plants can have lower life cycle emissions than new coal plants in a timeframe of 20 years or fewer.

Another study titled ‘capturing fugitive methane emissions from natural gas compressor buildings’ has shown that when it comes to natural gas operations, methane emissions could leak through pipelines and compressor stations. One of our source told us that as about 90% of natural gas is methane (CH4). In case of a methane leak, “the gas control room immediately shuts down operations until the leaked gas is contained.” The problem is real, but it does not have to be a dead end. Abdelrahman Mostafa, an Environmental Specialist at Bioenergy Association for Sustainable Development, suggested several solutions to the issue including an automatic weld size (AWS) gauge stating that it can create a reliable, safe sealed pressure measurement system.

It is no secret that Egypt’s discoveries in the natural gas arena have been exponentially large, beginning with Zohr to the most recent arena, in the Great Nooros Area. Egypt has already been capitalizing on its abundance of natural gas findings, exploring several projects including the largely popularized natural gas-based car conversion project. Having such a large amount of natural gas, the state is currently discussing exporting electricity to Europe and Africa.

What makes natural gas so attractive as a bridge fuel to cleaner energy is that natural gas is not costly and cheaper than other fossil fuel, Elbadrawy noted. In addition to that, its infrastructure takes less time to build compared to coal or nuclear plants; so it is time-saving and cost-effective. Being economical, a small quantity of natural gas can generate a large volume of electricity, Elbadrawy noted.

The Next Big Thing

Speaking of its infrastructure, recent developments show that natural gas infrastructure and facilities could be used for manufacturing renewable natural gas (RNG). RNG is essentially defined as a “biogas that is refined, injected into natural gas pipelines as nearly pure methane, and then burned to make electricity, heat homes, or fuel vehicles.” RNG is not only interchangeable with conventional natural gas, but it can also be produced with the already existing facilities of natural gas and would not require consumers to do anything differently. By utilizing livestock and landfills to produce RNG, we create a new path for renewable fuels, in addition to limiting methane leakage into the atmosphere. The existing natural gas facilities in Egypt would, in a way, push for change towards a better, cleaner environment as well as putting fugitive gas into good use.