Militant Violence Spillover from Libya: The Threat to Egypt’s Oil and Gas Sector 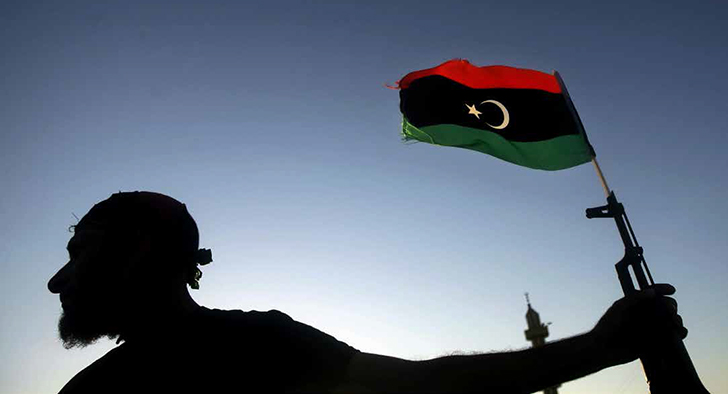 Since the ouster of Muammar el-Qaddafi in 2011, the oil-rich country of Libya has descended into unrelenting violence, with rising fears that unrest could spill over the border into Egypt. The United Nations and foreign embassies in Libya have evacuated their staff and citizens, and many foreign airlines have terminated flights to Libya. Egyptian officials are openly anxious about growing links between militant groups in Libya and Egypt. With refinery attacks in Libya, and cross-border violence encroaching on Egypt’s Western Desert oil fields, concerns within the oil and gas industry are mounting.

Fears that the neighboring nation would provide a safe haven for Egyptian militants are rising, especially since 21 Egyptian military border guards were killed by gunmen near the border last July, as reported by Reuters. “Security officials say militants operating from Libya are trying to forge ties with Islamists in the Sinai, an alliance that could prolong Egypt’s instability and scare away investors that are badly needed to help fix the battered economy,” said the article. “[Egypt doesn’t] want an oil-rich Islamic state on the border that could support the Muslim Brotherhood and Islamic elements in Egypt,” Issandr El Amrani, who heads the International Crisis Group’s North Africa Project, told VICE News.

The threat of Libyan violence spilling over the border is a particular hazard for the oil and gas sector. Operators are very active in the frontier region of the Western Desert, where industry executives have noted a marked increase in incidents in recent years of organized theft of gasoline and trucks transporting chemicals for trade in local markets, and securing roots for smuggling arms and hashish, as reported by Egypt Oil and Gas in August.

According to Egyptian security officials, “some militants along the Libyan border harbor ambitions similar to the Al Qaeda breakaway group that has seized large swathes of Iraq – they want to topple Sisi and create a caliphate in Egypt,” said Reuters. “Egypt’s role is potentially crucial” in the global campaign against the so-called Islamic state, said the article; “Egyptian security officials fear they face a threat from Egyptian militants based across the border in Libya and from the Sinai-based Ansar Bayt al-Maqdis, Egypt’s most dangerous militant group.”

Sameh Seif Elyazal, a retired Egyptian general and security analyst with close ties to the army told the Guardian that he rejected concerns that an “Isis-style” threat is growing in Libya, adding that “We don’t know what will happen if Isis becomes somehow involved, comes to our border, and tries to infiltrate.”

As civil war continues to rage in the OPEC-member nation, concerns over control of its oil reserves are also prominent. Reuters reported mid-September that OPEC plans to cut production due to the news that Libya curbed output after rockets hit an area near a refinery, and have planed a November meeting to discuss the issue.

“OPEC Secretary General Abdallah El-Badri told reporters he expected the group to lower its oil output target to 29.5 million barrels per day (bpd) from 30 million bpd when it meets next in late November,” said the article.

The ongoing violence in Libya has split mainly between two warring militant groups—roughly characterized a fight for control between Islamist and anti-Islamist rebels. On the first of September, the Libya Dawn coalition, mainly the Misrata militia and its Islamist allies, seized the Libyan capitol Tripoli, forming a General National Council. Libya’s non-Islamist parliament has since fled to the city of Tobruk, reportedly living in a car ferry.

Meanwhile, the Renegade General, Khalifa Hifter, also based in Tobruk, is launching offensive strikes against Islamist rebels and is largely considered to have control of the eastern city. This purported “counterrevolution” is said to be modeled on the “military takeover in Egypt and backed by its conservative allies: Saudi Arabia and the United Arab Emirates,” wrote the New York Times in late August.

Last May, Hifter “declared that he would seize power by force to purge Libya of Islamists,” reported the New York Times. “Borrowing lines from President Abdel-Fattah El-Sisi of Egypt, General Hifter also pledged to close the parliament and arrest moderate Islamist members,” said the article.

Comparisons between the rhetoric of Libyan rebels and Egypt were being made amidst reports, first announced by the New York Times this August, that anonymous US officials blamed Egypt and the UAE for the recent airstrikes that bombarded Tripoli. The United States, Britain, France, Germany, and Italy condemned the airstrikes, in a joint statement, saying, “Outside interference in Libya exacerbates current divisions and undermines Libya’s democratic transition.”

However, the US authorities soon back-pedaled from their accusations saying the comment on Libya was “intended to refer to countries reportedly involved, not speak for them.” General Hifter’s forces have since taken responsibility for the anti-Islamist airstrikes, though there are doubts that they were capable of such an act.

“Many observers are convinced that what’s taking place is an Arab proxy war,” wrote the Washington Post. “Qatar is backing a coalition of Islamists, who under the name of Libyan Dawn sit in Tripoli and hold sway in a number of other major urban centers; meanwhile, the United Arab Emirates, with Egyptian help, has been supporting those warring with the Islamists, including Khalifa Hifter whose anti-Islamist offensives have involved airstrikes and intensive gun battles with enemy militias in Tripoli and the eastern city of Benghazi.”

Egyptian authorities have denied involvement in the military bombardment of Islamic rebel groups in Libya, though their obvious concerns about having a failed state as a neighbor has maintained suspicions within the international community.

In fact, secret documents were recently obtained by Al-Araby Al-Jadeed signed on behalf of the Egyptian authorities by Brigadier General Muhammad Muhsin Al-Shadhli, Chief of Armed Forces Operations within the army, saying in the “Joint Strategic Military Cooperation Agreement between the Arab Republic of Egypt and the State of Libya” that it stresses that “any threat or military aggression against any of them or any of their armed forces whether directly or indirectly would be considered an attack on the other party. Consequently, each party commits to assist the other that comes under attack, including with the use of armed forces in order to deter attacks while informing international and regional organizations of the nature and type of threat or attack and of the measures and actions taken to deal with it,” reported Al Monitor.

Egypt has also recently called for an international coalition to fight militants, aligning with the US in their campaign to battle Islamic militants in Libya, Iraq, and Syria. “We will take all measures that are intended to eliminate this phenomenon altogether, whether in Libya or any other part of the Arab world or in the African continent in particular,” Egyptian Foreign Minister Sameh Shukri said in a joint news conference in Cairo with U.S. Secretary of State John Kerry this September.

Egyptian President Abdel-Fattah El-Sisi “stressed that any international coalition against terrorism must be a comprehensive alliance that is not limited to confront a certain organization or to curb a single terrorist hotbed but must expand to include all the terrorist hotbeds across the Middle East and Africa.”

Shadi Hamid, a Brookings Institution’s Center for Middle East Policy fellow told VICE News that the threat of Islamist militants from Libya spreading extremism in Egypt is still largely theoretical. “The paranoia is not very tied to the realities of the threat. I think that the regime doesn’t see the Egyptian Brotherhood as just the Egyptian Brotherhood, but as one component in a regional conspiracy against Egypt and the regional order that Egypt supports.”