MERGER MANIA: A RECIPE FOR RIDING THE DOWNSTREAM WAVE 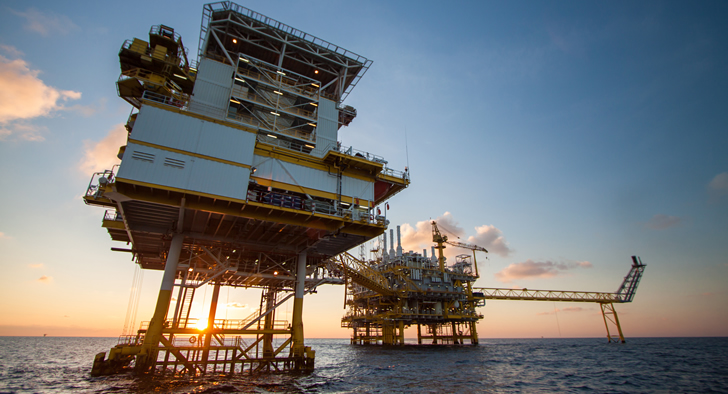 Not a day goes by without a headline about a major merger or acquisition in the global oil and gas sector—recently Halliburton swallowed up Baker Hughes for $35b and, bigger still, Royal Dutch Shell bought out BG Group for $70b. But how can this be happening with oil prices being so painfully low? The oil sector everywhere is supposed to be cash strapped, so where are companies—especially independents like Halliburton—getting the money to make such purchases? Why make such a risky move to begin with in such a volatile price environment?

Of equal importance, what lessons can be drawn from these mergers and acquisitions (M&A) for the MENA region at large, not least here in Egypt? Government assurances notwithstanding that BG’s Egypt operations will continue as planned, it would not hurt to find our own answers. Every crisis is also an opportunity, if you know how to play your cards right.

A petroleum expert consulted, who would rather go unnamed, was not surprised in the least with these mergers. When oil prices and profits are down, asset prices go down too, creating tremendous opportunities for acquiring those assets. Prolonged drops in oil prices, then, have been associated with heightened M&A activity, as was the case in the 1980s and 1990s. The petroleum sector functions much like the real estate market, stocking up when assets are cheap only to sell them off again when their value eventually picks up.

EnergyTEK Corporation CEO Craig Crawford put it this way, with West Texas Intermediate (WTI) crude falling from $105 to $45-50 per barrel, “energy related assets such as equipment, leases, and production will be available for pennies on the dollar.” More important still, EnergyTEK executives have “prior experience of working and living through the crash in oil prices in the 1980’s”. Oil companies have plans in store for this kind of thing, in other words.

According to Baker Hughes officials at a recent conference, Halliburton is suffering like every other company due to depressed oil prices, but had saved up over the past five years of the oil price binge and borrowed from banks to get the liquidity needed to buy Baker Hughes out. Owning Baker Hughes, moreover, will count as collateral as far as banks are concerned. They saw it all coming, as shareholders do not possess automatic loyalty to any company, especially during tight times.

Other oil executives explained that the three top independent firms are Schlumberger, Halliburton, and Baker Hughes (in that order) so it was not surprising that Halliburton would go after the weaker competitor. Weaker economically, that is, but not technologically, as Halliburton is very weak in the field of chemical facilities. Baker Hughes, by contrast, is a world leader in that department. The only likely road bump is that when oil majors are consolidating their assets, employees often suffer as people are laid off and projects are scrapped.

Egypt, it seems, does not have much to fear from such moves. According to Ahmed Farid Moaaz, Country Manager and Director of Sea Dragon Energy, when a buyout occurs a nation should only worry if the company doing the purchasing does not already have roots in the country. Shell has a history in Egypt and therefore is not likely to pull out after acquiring BG. The larger problems, he said, lay in the deleterious effects oil prices will have on the upstream sector, not exactly in M&A activity.

Based on previous experiences, it seems that deepwater exploration and international operations tend to suffer the most, especially for M&A activity involving oil majors. The question now becomes, what is governing these price swings? An intriguing report—“Beware the Oil Price Super Cycle”—by global management consulting firm A.T. Kearney affords an answer.

By relying on World Bank figures for mining commodities, the report found that the root cause is a 50-year long commodities cycle that tends to afflict such long-term investments such as mining, particularly metals and oil. Mismatches between global supply and demand occur on a regular basis since high demand pushes up prices and revenues, encouraging investment in upstream E&P in turn. The problem is that these investments do not immediately translate into increases in supply as it takes time to find, extract, process, and transport oil.

Once supply does finally hit the market, a glut occurs from all those accumulated E&P projects around the globe, more so if demand is declining already thanks to recessionary economics. Speaking to two of the coauthors, A.T. principle Eduard Gracia and A.T. partner Sean Wheeler, it is found that global oil reserves actually grew by 26% from 2007 onwards—when the global recession began—while demand only grew by 6%. The authors added that even with demand declining, oil companies must keep on producing to cover capital costs; it also takes time for the capital investment to wear out.

OPEC, as a cartel, could speed up or slow down price swings—a phenomenon not shared by other commodities markets—but ultimately the cycle will assert itself for purely economic reasons, Gracia and Wheeler explained.

As for merger activity, Gracia and Wheeler were not surprised since, again, there are precedents for this, such as during the aforementioned oil price collapses. What interested them more are the prospects for national oil companies (NOCs) in the coming days, since Middle East producers are actually better positioned for a takeoff than many international oil companies (IOCs).

Their argument is that IOCs will try to bring costs down by limiting upstream investments in their least cost-effective fields, which will put service companies—engineering, procurement, and construction—under pressure to make their prices more competitive. Gulf Arab NOCs, already enjoy some the most cost-effective reservoirs in the world and therefore have no need to reduce their investments. They are likely to benefit from a rebound effect as they find that these same service companies are now offering their services at prices lower than before.

The Gulf Arab producers have also stocked up financially over the high-price period and expanded capacity. The changing nature of downstream economics would work to their benefit as well, explain Gracia and Wheeler. Petrochemicals can be produced either from naphtha or from natural gas, but prices for naphtha, which is easier to transport, tend to be correlated closely to those of crude oil. Therefore, when crude prices fall, naphtha gains competitiveness respective to gas. This is particularly important for the Middle East, where petrochemicals have traditionally been gas-based.

With major refining projects now underway in the region, Gracia and Wheeler expect increased naphtha supply in the Middle East, which would make naphtha-based investments more attractive than they were in the past.

All that would be called for then is a little “portfolio rebalancing,” shifting the emphasis from upstream to downstream assets, Gracia explains. Everybody prefers high oil prices; both oil companies and oil producing nations, Wheeler went on to say, but low prices have tremendous hidden benefits as a spur for cost efficiency. These come in the form of process optimization, investment in IT, automation, and energy-efficiency solutions.

IOCs are still more efficient than NOCs, but from their long experience Gracia and Wheeler see that NOCs, Arab governments, and even private sector Arab oil companies have a steep learning curve when it comes to global best practices. Gracia, from Barcelona, has been consulting IOCs and NOCs for the past twenty years and Wheeler—from New York—has been in the Middle East since 2008. Egypt and all the regional energy players could benefit from industry best practice themselves, Gracia and Wheeler explained, adding that M&A itself is an option for NOCs.

The Best and Brightest

According to another A.T. Kearney report—“Mergers and Acquisitions in Oil and Gas”—IOCs have been “divesting” themselves of costly assets, specifically in downstream operations. Consequently there is a window of opportunity everyone could benefit from, NOCs included, but it is typically very short-lived; six to twelve months to be specific, and across the entire value-chain. China has actually been consolidating ahead of schedule, having bought 17% ($24 billion) of global assets in 2013 and another 4% (5.2 billion) in 2014 according to the report.

Ahmed Moaaz adds that it is always a healthy move for oil juniors—smaller firms like Sea Dragon—to consolidate their activities during an oil price slump. At $100 a barrel they can easily run a surplus and use it for future capital investments. At $45 a barrel there simply is no money for value-addition; revenues go exclusively to maintaining existing operations and paying salaries. M&A here could always help ride out adverse market conditions. Oil companies in Egypt should certainly start consolidating, Moaaz advised.

There are other opportunities on offer too, explain Gracia and Wheeler, as there are employees being laid off by IOCs. Those IOCs are sacrificing deep expertise, more so in the case of the shale sector. One CEO cited by the A.T. M&A report even stated: “Buying companies for exploration skill does not work as the talent just walks.” This might explain the sudden spate of job postings by Saudi Aramco targeting shale experts in the US, according to Bloomberg News, even adding an “unconventionals” category to their recruiting website.

According to Sinopec’s Wang Guangfu, Assistant to President & Deputy Chief Engineer of Petroleum Exploration and Production Research Institute (Pepris), the main policy lesson to learn in these trying times is “openness” to new techniques and ideas. This is what he liked the most about the recent optimization convention hosted by Egypt Oil & Gas, especially given China’s long history in petroleum. Some of its fields go back 50-60 years, necessitating access to foreign technologies.

Egypt in is much the same position, thanks to the age of its oil and gas fields, so one can see where the logic of the argument is going. It is good to see that petroleum journalism is always one step ahead in the optimization-consolidation game. The question now is for the rest of the petroleum sector to follow suit!