Keeping the Economy Afloat Amid COVID-19 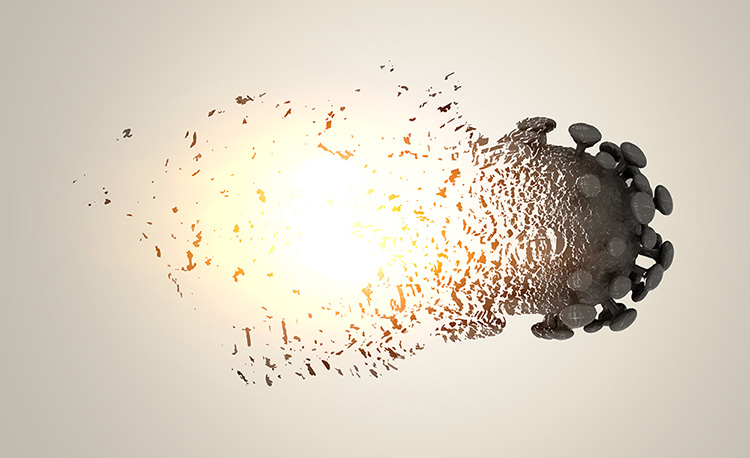 The past year, 2020, has been undeniably one of the most challenging years for the whole world, not just Egypt. It has severed a deep cut across myriad aspects of our lives especially on the economic level. Almost the majority of global economies’ gross domestic product (GDP) has been slashed losing at least 2.4% of the value of their GDP in 2020. However, Egypt kept its GDP growth rate at 3.6% during the previous fiscal year (FY) 2019/20, withstanding the economic challenges presented by the coronavirus (COVID-19) pandemic.

As an exporter and importer of crude, the low oil price environment became a double-edged sword for Egypt. It resulted in decreasing the petroleum trade deficit in Q1 2020 by $405.1 million to amount to $40 million against $445.1 million in Q1 2019 and indicating a 91% year-on-year (YoY) decrease. With the limited movement in the country, petroleum imports have dropped as well during that period by 21.3% amounting to $2.3 billion from $2.9 billion in Q1 2019.

The Ministry of Petroleum and Mineral Resource applied several measures to the clauses included in the contracts between the concerned parties. Such new measures  include the exemption of a penalty fee or paying retroactively as of 2009. It stipulates that consumers will have the opportunity to pay for any quantity that is less than the contractual quantities. The protocols also exempted industrial consumers from 65% of the overriding penalty stipulated in the contracts which should be applied in case of exceeding natural gas quantities than agreed. Topping that with an additional 50% exemption on the due delay penalties stipulated in the contracts, provided that they pay the debts-owed according to previously agreed scheduling programs.

Additionally, disputes between the Egyptian General Petroleum Corporation (EGPC), the Egyptian Electricity Holding Company (EEHC), MoF, and MERE were resolved and they agreed on future rules for paying off the sectors’ fuel withdrawals. The Ministry of Public Business Sector also agreed to transfer ownership of some of their real estate assets to the Ministry of Petroleum and Mineral Resource as a way to settle its debt.

The ministry has taken an additional initiative by reducing the price of natural gas to industrial consumers from $8 and $6 per million British thermal units (mmBtu) to $4.5/mmBtu for manufacturing cement. For the iron and steel, aluminum, ceramics, and porcelain industries, the price was reduced from $7/mmBtu to $5.5/mmBtu. Such actions led the petroleum sector to bear an annual decrease of EGP 9.5 billion in revenues. Furthermore, as the ceramics industry’s debts were increasingly high representing about 55% of the private sector debts, the ministry decided to schedule the ceramics industry’s debt to be paid over four years after paying a 5% advance payment.

The low oil price environment provided Egypt with great importing opportunities as Egypt is both an importing and an exporting country. Minister of Finance, Mohamed Maait, previously stated that the country has secured enough amount of crude oil during the FY 2020/21. No further information was announced, but the minister stated that Egypt has managed to double its oil hedges as a precautionary measure against the possible increase of oil prices, ensuring that the country now has enough oil stock until June 30, 2021.

Despite the economic challenges and their tolls, Egypt managed to continue paying its due arrears to international oil companies (IOCs). In 2020, arrears to IOCs fell by 5.5% to reach $850 million by June, taking into consideration that it reached $900 million by the end of 2019.

Due to the uneven equilibrium of petroleum products supply and demand, trade traffic has shifted dramatically. To balance out the shift, Egypt has made a few attractive changes to its Suez Canal tariffs. In 2020, the Suez Canal Authority (SCA) allowed liquefied petroleum gas (LPG) tankers traveling between West of India ports and the Gulf Coast of the US a discount of 24% on the regular fees. Additionally, tankers traveling to East of Kochi ports to Singapore gained a discount of 60%. Ships that are reaching Singapore ports and their Eastern parts were granted a discount of 75%. As for oil tankers traveling between Latin America from Colombia and ports of Asia from Karachi and its Eastern parts, such tankers were given a discount of 75% from the regular fees. The SCA made such attractive offers to bring in more vessels to the canal that use alternative routes such as the Cape of Good Hope.

All in all, the state and its authorities have shown great effort to maintain the national economy and to patch up the marks of the pandemic.