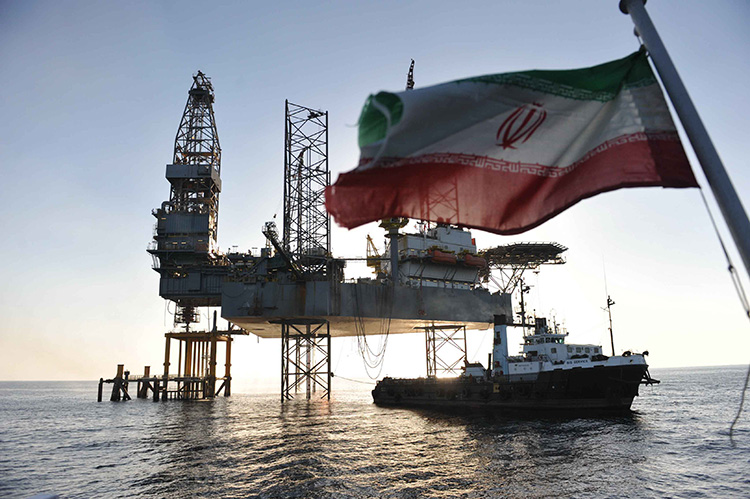 In December 2017, the oil barrel price reached $64 – the highest monthly average since 2014. One of the factors that could have contributed to this increase was the Iranian massive demonstrations that took place between December 28, 2017 and January 3, 2018.

Iran is the third biggest oil producer of the Organization of the Petroleum Exporting Countries (OPEC), with oil output reaching 3.8 million barrels per day (b/d). Due to Iran’s huge contribution in international oil trade, many analysists expected oil prices to further increase if the demonstrations had continued in the country. Economic expert Panos Mourdoukoutas wrote in Forbes that he expected oil prices to reach $100 per barrel if the demonstrations had lasted for longer – like in the 1979 Global Energy Crisis, which had the decrease of oil output during the Iranian Revolution as one of its main drivers.

In his article, Mourdoukoutas pointed out to that Iran’s recent protests themselves would not lead to direct significant increase on global oil prices; however, the geopolitical aspects of the demonstrations could lead to this increase for various reasons. First, protests usually put the government between two decision-making situations: not interfering in the demonstrations and risking destabilizing the government or cracking down on the protests and risking being sanctioned over human rights violations. In Iran’s case, both paths present harsh effects on the local oil industry and worldwide.

The tension relation between Iran and its Arab Sunni neighboring countries represents an additional impact of political unrest in Iran on oil prices. During the demonstrations, the Iranian government grew the tension with countries that were supporting protesters. Mourdoukoutas stated his belief that Saudi Arabia, OPEC’s second largest oil exporter, is the Persian Gulf country’s main rival in this aspect. He warned that Iran may in the future escalate against Saudi Arabia if further and larger protests take place. Such situation affecting the two main players of the international oil market would have an impact on the petroleum industry.

However, the Iranian protests’ influence on oil prices is not a unanimous belief. Some experts affirm that an immediate impact of demonstrations on oil prices would only happen if protests attacked oil fields. Oil Prices wrote that the Iranian government managed to protect the fields during the latest demonstrations. In addition, protestors are less likely to attack oil fields, David Roche, president of advisory firm Independent Strategy, told CNBC Asia. According to Roche, such movement from the protestor side would not happen overnight; it would be likely to take place after a set of escalations.

From the Iranian side, sources at the Iranian government told Reuters that the protests did not affect oil exportation. “Iran’s crude oil production and exports have not been impacted by the unrest spreading across the country,” Reuters cited an anonymous Iranian official a day before the government announced the dispersal of the demonstrations in January.

In the same line, Vandana Hari, founder and CEO of Vandana Insights, an Asian energy market analysis firm, told CNBC Asia that the price increase in December might have just been a “knee-jerk reaction in the marker.” He added that prices would remain stabilized as long as it sees that the protests are not impacting supplies.

The debate on whether the Iranian demonstrations influenced December’s oil prices hike, as well as whether it can present future impacts on the industry, illustrates the importance of considering political backgrounds when establishing strategies in the oil and gas sector. In Iran’s case, it is relevant to keep an eye on the tension between Iran and its Sunni neighbors, especially Saudi Arabia, as well as on the protesters’ moves and the countries responses.