Has COVID-19 Knocked the Wind Out of Egypt’s Transition to Renewables? 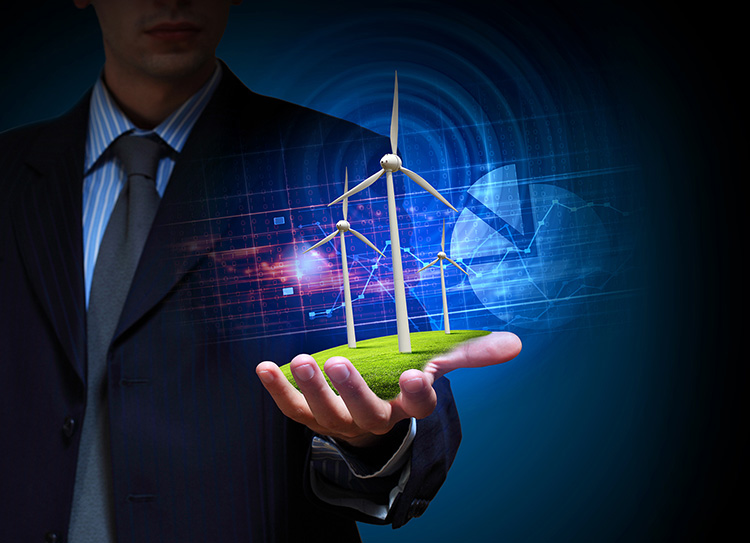 Against the background of low oil prices, the market has been flooded with cheap energy which threatens to derail the global transition to renewables. The Financial Times maintains that the perfect storm of disruption to supply chains, coupled with historically low oil prices, could potentially alter governments’ policies towards energy transition. However, Omar Nagi, Head of Wind Energy at Infinity Energy, views this as a chance to accelerate the low carbon economy and set the world on a green path.

According to Fitch Solutions’ BMI Research Egypt Power report, renewable energies in Egypt pre-pandemic were set to experience exponential growth, with predictions that renewables would become the fastest-growing energy sector up until 2028. What’s more, the International Renewable Energy Agency’s (IRENA) report for Egypt in 2018 predicted that 42% of Egypt’s energy would derive from renewables by 2035. So the interest in transitioning to renewables is undeniable and the sector has recently made a lot of headway, but will Egypt’s renewable sector be able to weather the COVID-19 storm?

Omar Nagi believes that Egypt was one of the first countries to support the growth of renewable energy, pointing to the first renewable energy strategy adopted in 1982. This progress has continued in Egypt’s renewable sector and was described in January 2020 by Mohamed Salah Al-Sobky as “very positive” in a New and Renewable Energy Authority (NREA) report.

According to Oxford Business Group’s 2019 Egypt energy report, it sees Solar and Wind energy as the driving factors behind Egypt’s renewable progress. The construction of Benban Solar park and the West Bakr wind farm are cited as the embodiment of this success:

In November 2019, Egypt completed the construction of the 1.4-GW Benban Solar Park in the Aswan Governorate in Upper Egypt. The park has attracted a staggering $2 billion in investment, with around 30 companies already establishing energy projects and commercial operations at the site. Secondly, construction began in October 2019 on the 250-MW West Bakr wind farm, located 30 km north-west of the town of Ras Ghareb on Egypt’s east coast. When completed, there will be  96 turbines at the site, which will produce enough electricity to power 350,000 homes. It aims to be operational in 2021 at a total estimated cost of $325 million.

The pandemic has, in the short-term, put the brakes on Egypt’s renewable transition. For example, domestic firm, Inter Solar Egypt, has postponed construction of four solar plants because of the disruption to supply chains and uncertainty over the future price of imported components.

That said, there is still a desire to maintain pre-pandemic levels of investment. The World Bank’s Multilateral Investment Guarantee Agency (MIGA) pledged $52.35 million to Scatec Solar on March 31 to fund six new solar power plants at Benban Solar Park. Hiroshi Matano, Executive Vice-President of MIGA said of the deal:  “In the face of uncertainty arising from the COVID-19 pandemic, MIGA remains committed to helping drive foreign direct investment (FDI) by supporting investors who are helping Egypt achieve its long-term goals of diversifying its energy mix.”

Furthermore, according to Donia El-Mazhgouny, an energy expert and founder of Mazghouny & Co, the pandemic fallout will only be a temporary blip stating: “The progress achieved in the renewables market in Egypt over the past year or so was, and continues to be, driven by the expectation of increasing electricity prices. Beyond the 5-year price stabilization decision recently announced, this expectation still holds true and remains reason enough to push commercial and industrial off-takers to seek private electricity generation sources.”

According to Hatem Tawfik, managing director of Cairo Solar, the biggest challenge facing the renewable sector in Egypt at present is cheap natural gas disincentivizing the removal of gas subsidies. This represents a significant threat to the renewable industry as their energies will be rendered uncompetitive in comparison to natural gas. These fears were confirmed when the Egyptian government lowered the price of natural gas by 25% for the entirety of the industrial sector so as to prevent an industry crisis. However, Yassen Abdel Ghaffar, Managing Director of SolarizEgypt, believes this will be a one-off measure saying “the macroeconomic picture suggests that subsidies are not sustainable; this is a one-timer as a response to Covid-19 but Egypt’s budget cannot handle such subsidies for more than a few years.” To further back this up, the Finance Ministry announced in April that it will halve fuel subsidies for the coming fiscal year to EGP 28.1 billion, down from EGP 52.9 billion in FY 2019-2020.

Another major issue threatening the renewable sector at present are energy generation limits. The Egyptian government has limited production so as not to exacerbate the existing oversupply issue. On 20 May, the Egyptian Electric Utility and Consumer Protection Regulatory Agency (EgyptERA) capped private-sector solar production by amending Egypt’s net metering system. The maximum capacity for plants owned by one customer should not exceed 25 MW in aggregate or 20 MW per project. However, Donia El-Mahgouny points out that this does not apply to larger projects such as Benban where “the government is ensuring payment of the developers’ invoices as per the PPAs payment schedule, without impact from Covid-19.”

Notwithstanding these recent difficulties, it’s not all doom and gloom – the future for renewables remains bright in Egypt. Yaseen Abdel Ghaffar believes that “in the medium and long-term solar will remain the lowest Levelized cost of energy due to Egypt’s incredible solar irradiance. Grid-parity has been achieved several years ago and as subsidies are gradually removed, the case for solar is becoming impossible to ignore.”

Furthermore, Donia El-Mahgouny believes that renewables will play a pivotal role in Egypt’s future energy mix, especially the different solar and wind applications, such as water treatment and e-mobility. However, in order to achieve renewable targets in an organic way, “the government should facilitate distributed electricity generation, not only focus on utility-scale projects. Power-to-X would be key in my view in accelerating the shift in the energy mix.”

Egypt’s renewable transition has no doubt faced setbacks, just like most industries. However, the sector’s future looks bright as the government commits to diversifying its energy mix and reducing its dependence on a single energy resource. With the inevitable rise of Egypt’s economy and predicted population growth, there will be an impending energy demand which will require renewable energies. Pre-pandemic, the government had made significant inroads into its transition to renewables, but now appropriate planning is necessary for the next stage in the “post-coronavirus” era in order to build on this progress.