Gains and Risks: Beyond the Egypt-Israel Natural Gas Deal 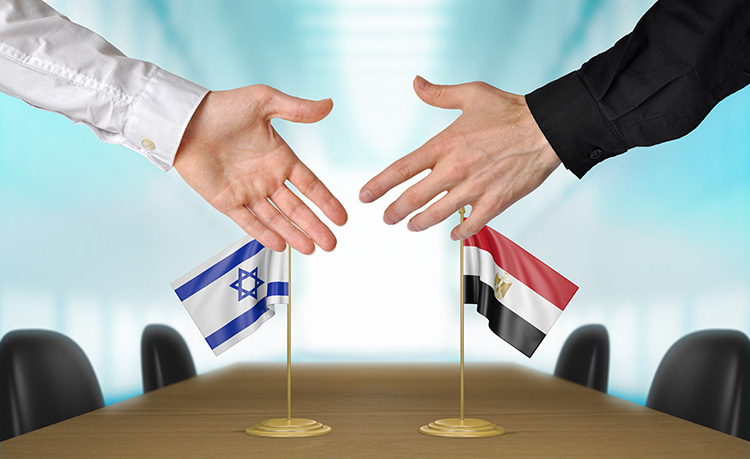 The landscape of East Mediterranean natural gas collaboration took an unprecedented turn in February 2018 after Egypt’s Dolphinus Holdings, US-based Noble Energy Inc., and Israel-based Delek Drilling-LP announced a $15 billion gas deal. The deal, which allows Dolphinus to import 64 billion cubic meters of gas over a decade from Noble and Delek, is not only a milestone in the Egypt-Israel bilateral relations, but also a stepping-stone for the region’s natural gas production.

The Eastern Mediterranean is the site of a huge reservoir of natural gas upwards of 1.89 trillion cubic meters of gas; consisting of Israel’s Tamar and Leviathan fields, Cyprus’ Aphrodite, and Egypt’s recent discovery of Zohr. The deal was not an afterthought and it will prove mutually beneficial for all countries involved. The extra revenues will help the Israeli consortium  develop the Leviathan field, and Egypt’s position will be enhanced as a regional hub for natural gas exports.

However, some aspects of the deal need to be investigated more closely,  as what route would be the best for transferring the gas between the two countries and how much it would cost, as well as the associated security concerns. Moreover, it remains unclear whether Egypt will use some of this gas for domestic use or not, and whether it will help drop a $1.76 billion fine against Egypt in international arbitration by East Mediterranean Gas (EMG).

Egypt and Israel have long shared a pipeline from Arish to Ashkelon, through which the former exported natural gas to the latter under a 20-year agreement. When the 2011 uprising took place in Egypt, the exports were halted indefinitely as the country experienced political turbulence.

After a number of attacks on the pipeline by militants in the restive Sinai Peninsula, Israel Electric Corporation (IEC) took the case to international arbitrators. In December 2015, the arbitrators imposed a $1.76 billion fine on Egypt in compensation to Israel, excluding interest and legal expenses.

“The best route is always the one that is the most stable. Which is not necessarily the shortest or cheapest,” Brenda Shaffer, adjunct professor at Georgetown University’s Center of Eurasian, Russian and East European Studies (CERES), told Egypt Oil & Gas.

Shaffer, who has previously advised the Israeli government on energy policy, believes that “supply disruptions are very costly, so it is wise to look for the most stable route and commercial entity… I assume involvement of international oil companies in the deal would add stability to a supply contract between Israeli and Egyptian entities,” she stated.

“There are still challenges regarding the route. It seems that Delek is in the process of acquiring EMG [the former operator of Arish-Ashkelon pipeline], so it can offer a compromise related to the arbitration judgment and thus, pave the way to realizing the supply deal to Egypt,” Shaffer added.

The Tamar field in Israel began production in 2013 and its exports will be used for the deal. However, the delivery method is still unclear as the field is not adjacent to Ashkelon.

“The old pipeline extends from Ashkelon, Southern Israel, while Tamar is located in Northern Israel. There is no other way but creating a new pipeline from the field in Israel to the plants in Damietta and Rosetta,” energy expert Ibrahim Zahran told Egypt Oil & Gas.

In terms of duration, the pipeline construction could take a few months, but its cost will be an extra burden for Egypt, according to Zahran. “It would be more viable if Israel brings the natural gas to Egypt at its own expense, and use the liquefaction stations, rather than burdening Egypt with import bills,” Zahran said.

In January, Jordan announced that it was allocating $2.1 million for a natural gas pipeline linking the Hashemite Kingdom with Israel, according to Ammon News. This follows an agreement made in September 2016 between Jordan’s National Electric Power Company (NEPCO) and Noble Energy in Israel to import 40% of the Kingdom’s electricity-generating needs from Israel. This is considered another potential path for the delivery of gas between Egypt and Israel under the new deal.

“The delivery method could be through the Jordanian-Israeli pipeline, because of the easy way and reduced cost to transfer the gas via pipe that is there already,” Tharwat Hassane, Professor of Petroleum Engineering at the British University in Egypt (BUE), told Egypt Oil & Gas.

Yet, Hassane affirms that “the best way would be through the East Mediterranean Gas Company’s pipeline from Arish to Ashkelon currently in place, which is 100 km away from Israel to Egypt.”

One day after the announcement of the gas deal between Egypt and Israel, Cypriot Minister of Energy, Georgios Lakkotrypis, announced plans to sell natural gas to Egypt. “Cyprus is close to selling natural gas to Egypt’s liquefied natural gas plants, and we could reach an agreement in the coming weeks,” Lakkotrypis said in a telephone interview from Nicosia.

The announcement heralds a new phase for Egypt’s position on the global energy map. Egypt’s Ministry of Petroleum and Mineral Resources Spokesperson, Hamdy Abdelaziz, said that “the agreement made between the Egyptian firm to import natural gas from Israel is part of the country’s strategy to turn into a regional hub for energy,” noting that a similar agreement is underway with Cyprus. “Receiving the Israeli gas is also one of the proposed solutions to reach a reconciliation over the international arbitration between companies,” Abdelaziz noted.

In that case, Egypt is required to stick to transferring the gas through the old pipeline between Arish and Ashkelon. “Using the EMG pipeline will simply close the international lawsuits against Egypt,” Tamer Abu Bakr, President of the Petroleum Chamber and Chairman of the Energy Committee of the Federation of Industries, told Masrawy.

But whether Egypt uses the EMG pipeline or not, “in Israel, however, officials deny that there has been any agreement on compensation,” Haaretz reported. The Israeli newspaper quoted the minister of energy as saying: “Israel hasn’t given up on the debt and the matter did not come up for discussion during talks on the Leviathan export deal to Egypt that was signed [last] week.”

Nonetheless, the deal could still benefit the Egyptian economy. “Egypt will gain lots of money from the company which will use the infrastructure and the facilities of EGAS and EGPC,” Hassane said. “The country will further gain $1.5 billion a year from using the liquefaction plants in both Idku and Damietta,” utilizing the fact that it is the only country in the region with such facilities, he added.

The remaining amount of gas will be used for domestic purposes. “The additional amount of gas could be allocated for domestic use or export, certainly in light of recent shortage in natural gas for the industrial sector over the past few years,” Abu Bakr mentioned. Echoing his statement, Hassane said that “the extra gas will be used in the petrochemical industry, which gets more benefits from the natural gas.”

Regarding the country’s transformation into a regional hub, Zahran said that Egypt will still be challenged by bigger key players in the industry. “Compared to Russia and Iran, Egypt still has a long way to go in order to position itself as an export hub,” he said. “Even if Zohr natural gas field is expected to cover domestic need, Egypt should instead use the remaining output to support local industrial and agricultural sectors, instead of export,” Zahran believes.

In Israel, the exports under the deal will impact the economy, public services and the wider public. The Israeli government should receive around 50% of the revenues, Miki Korner, Private Energy Consultant and Former Chief Economist for Israel’s Natural Gas Authority, informed Jerusalem Post. “Operators of Israeli natural gas will be getting around $1 billion to $1.5 billion annually, the state gets to impose a 12.5% royalty on the revenue from natural gas, while income tax will take some 23% on the profit, and the excess revenue tax will range from 22 to 24%,” Korner stated.

The deal is notable for increasing bilateral relations between Egypt and Israel; however, it would not have gone through had relations not already been close. “The relations are already excellent, especially in the security sphere, and those good relations paved the way to the deal. However, it [the deal] will not have big impact on those relations, except only potentially negatively. If there are commercial disputes, than they can reflect onto the political relations,” Shaffer noted. Egypt, on the other hand, attributed the deal to the private sector: “The Egyptian government is not part of the natural gas deal with Israel,” President Abdel Fattah El-Sisi said.

“International gas supply deals entailing significant investment that is returned over a decade or more only work when beneficial to both sides,” Shaffer noted. “When a gas supply deal only benefits one side, the deals rarely are sustainable.”

With the new discoveries of Tamar and Leviathan, Israel has enough gas to provide for its needs even if no new reserves are discovered, while Egypt possesses the infrastructure needed to utilize those reserves. This infrastructure could also be expanded by adding new liquefaction plants, according to Abu Bakr. Meanwhile, proposed scenarios for cost efficiency, delivery methods, and arbitration need to be addressed thoroughly to ensure the deal sustainability. 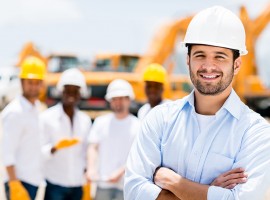