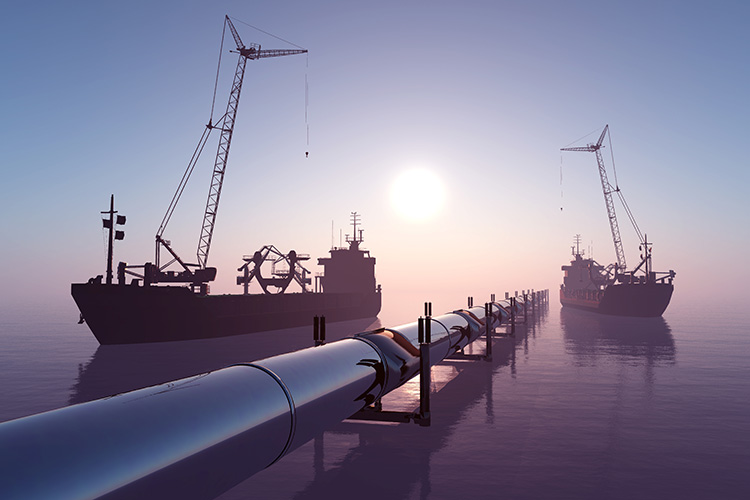 Egypt has an attractive climate for hydrocarbon investments. Many international and national firms are interested to enter the Egyptian hydrocarbon market, whether by conducting exploration and production (E&P) activities or through establishing stations to sell hydrocarbon products. In order to pump more investments, the Egyptian government has made the market more attractive for these companies through polished legal terms concerning hydrocarbon exports and imports.

Egypt’s oil sector is mainly governed by the state-owned Egyptian General Petroleum Corporation (EGPC), while the gas sector’s affairs are related to the Egyptian Natural Gas Holding Company (EGAS). Other stated-owned bodies involved in oil and gas operations include the Egyptian Petrochemicals Holding Company (ECHEM), Ganoub El Wadi Petroleum Company (Ganope), and the Egyptian Geological Survey and Mining Authority (EMRA). Partnering with state-owned firms is an obligation for any international oil company (IOC) to explore the Egyptian oil and gas fields. Hence, before importing oil and gas or exporting hydrocarbons from these fields, some terms should be considered.

Allowing IOCs to export oil and natural gas is a great step to attract investors to the field. The concession agreement already enables IOCs to export crude oil if the country does not need it. However, with the growing demands of the country, Egypt exported only low amounts of crude, including heavy crude oil that cannot be refined in its facilities. Egypt’s oil exports value recorded $208 million in October 2017, according to statistics released by the Central Agency for Public Mobilization and Statistics (CAPMAS).

The Egyptian constitution states that all the oil and gas resources are governed by the country. In order to ensure the control over these resources, the concession agreement is issued. “Once a commercial discovery has been made, and after the exploration costs and expenses have been recovered, the contractor’s share of the disposition petroleum may be freely disposed of, either through export or otherwise. However, EGPC and Ganope always have a preferential right to purchase the oil at a predetermined price to meet local market requirements,” according to Donia El-Mazghouny and Girgis Abd El-Shahid ‘s article “Oil Regulations” to Shahid Law Firm.

Egypt owns significant refineries, with capacity estimated at 732,550 barrels per day (b/d) in late 2016. With this, the country has started to import crude oil from several countries to be refined in the Egyptian refineries and sent back as petroleum products or sold in the Egyptian markets. In November 2017, negotiations between Egypt and Saudi Aramco started for the refining of Saudi crude in Egypt, the Minister of Petroleum and Mineral Resources, Tarek El Molla, told media at the time.

It has been allowed for private sector to import oil in order to cover local demands. “The Egyptian Refining Company (ERC), which is run by the private sector, has a unique 25-year deal with Cairo Oil Refinery Company (CORC), where the former imports crude oil on behalf of EGPC to supply it to the state-owned refinery. This oil is refined in Mostorod or Tanta refineries and then sent back to ERC for further refinement. The private sector refinery will either sell this oil to CORC or the open market at international prices. This setup helps the government meet local demand for petroleum products from locally produced products,” according to the article entitled Egypt’s Refineries: A COMPLETE PICTURE, written by Tamer Mahfouz.

All the refineries processing in Egypt, except for ERC, are state-owned and run by the country’s public sector. Hence, most of the locally refined petroleum products are owned by the government. For companies to transport their products, “pipeline transportation is essentially carried out through the national grid owned and managed by EGPC or its subsidiaries. Otherwise, the transport of oil and gas products, most of which are considered hazardous materials, requires the prior authorization of the Ministry of Petroleum,” according to El-Mazghouny and El-Shahid’s article.

Egypt produces several petroleum products and petrochemicals like diesel and mazut, which can be used to fuel equipment. “Typically, concession agreements oblige contractors and joint operating companies (JOCs) to give preference to locally manufactured material, equipment, machinery, and consumables as long as their quality and time of delivery are comparable to the internationally available items, unless the price of the local items is higher by more than 10% than that of the imported items,” stated the article. Hence, there is a priority in using locally produced fuels, to cover the needs of the oil and gas activities.

The Egyptian government had been in control of natural gas exports for years before the country turned into a net gas importer, becoming the sole importer of the product. Nowadays, “it is not in EGPC/EGAS interests anymore to be the sole aggregator or distributer of gas,” Research Associate at Wood Mackenzie, Stephen Fullerton, told Egypt Oil & Gas.

Egypt is expected to have natural gas surplus as the newly discovered fields increase output. “Whether natural gas is produced accompanied to crude oil or produced solely from its fields, it is not stored after production and processing operations, except in special cases and in limited quantities using expensive technologies. Thus, selling and production operations must be done simultaneously in order to guarantee the continuous investment operation in the fields of exploration and the development of natural gas reservoirs, taking into consideration that there are limited alternatives, whether selling in domestic market or exporting when there is a surplus,” according to a study prepared by the Ahram Center for Oil and Energy studies.

With the growing production of natural gas, it becomes important for the Egyptian government to allow private sector companies and IOCs to export gas. Accordingly, the country will permit oil firms to export surplus natural gas, which is not needed for local supply, in five years, as minister Tarek El Molla announced in December 2017.

However, prior to natural gas exporting permit, Egypt should consider several procedures including “negotiations with foreign partners to set a maximum gas price, aiming at determining gas costs in order to suit the domestic market needs, exporting agreements and to protect Egypt from price fluctuations in the international markets,” Ahram Center’s study pointed out. Additionally, the country should estimate gas production average cost, “which was between $0.65 and $0.70 per billion British thermal unit (BTU), aiming at putting a suitable minimum in gas exporting contracts.” Furthermore, it should study the international markets and the gas prices, determine both the minimum and the maximum of gas prices in order to protect the petroleum sector in case of price reduction, and achieve a competitive price for Egyptian gas taking into consideration the limited number of the international markets at that time.

The procedures further include “studying producing countries’ prices, taking advantage of the limited information available through communications with some of the consultants around the world; obtaining the approval of the Council of Ministers’ on the average prices of different projects and exporting gas; restructuring the petroleum sector by establishing EGAS to be  responsible for the contracts beside the EGPC, to follow up implementing the contracts and projects of gas exporting whether it is liquefied or in pipelines,” Ahram Center’s study further highlighted.

Additionally, in line with the ministry’s efforts to liberalize its natural gas market, “the Egyptian Parliament passed Law No. 196 of 2017 for the deregulation of gas market activities in August 2017,” said Reham Eissa.

Eissa added that “the gas law is expected to be governing natural gas exports and imports, as well as transmission and distribution, and that it will exceed this to the development of distribution and transportation’s pipelines and facilities.” The new legislation will enable private sector companies to directly import natural gas and use the country’s national grid and facilities to distribute it into the local market, boosting the gas market competitiveness.

In a full picture, Egypt has created a strong legal frame to preserve its oil and natural gas resources. In order to cope with the energy global developments, the Egyptian ministry has enhanced its efforts to liberalize the markets, empower oil firms operating in the country, and eventually become an oil and gas regional trading hub without shaking the firm laws governing the oil and gas sector.