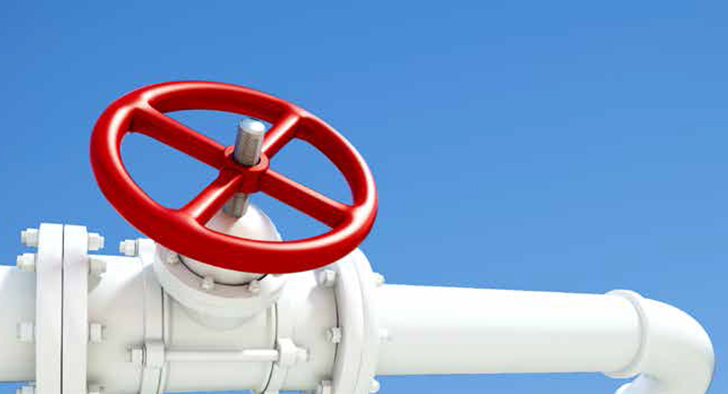 Gas pricing has been a recurring issue for the current and previous governments alike, and it remains without any apparent solution. The current government has changed the previous gas pricing equation – created by former Minister of Petroleum Sameh Fahmy– to allow gas prices to vary based on the nature of the drilling area and the cost of drilling; these amendments would only affect new and exploratory wells.

The Making of Egypt’s Gas Economy

Egypt is considered to be one of the first countries in the Middle East to have discovered oil, with finds documented as early as the late nineteenth century. As for gas, it was first discovered in the Abu Mady area in the Nile Delta in 1967 by Baleem petroleum. The first marine gas discovery was in Abu Qir in the Mediterranean in 1969 followed by several more, most notably in Quraa, Qantara 1, Khalal 1, Naf, Port Fouad, Qar, and Qersh.

The Mediterranean is considered a promising area for gas discoveries in general and deep-water discoveries in particular, where Rashid, Safron, Seamian, King Mariot fields were discovered. More discoveries were found in the Western Desert – the most important of which are Qasr, Albeid and Matrouh – which contributed greatly towards the country’s natural gas reserves and daily output, allowing Egypt to become a gas exporting country, as well as exporting gas to neighbouring Arab countries though the Arab gas pipeline project.

Egypt had been trying to achieve a balance between the increasing local demand and exports before the January 25th revolution in 2011. Oil and gas wells have seen a natural decline, making the continuance of exploration essential to compensate for the decline. However, the opposite happened between 2011-2014, as a result of political unrest and the delay of foreign companies’ debts repayment by the Egyptian government. This, along with soaring gas prices in international markets that Egypt has failed to keep up with, and fixing the gas price at $2.65 per million Btu, has lead foreign companies to slow down their operations, developing a fear of investing in the country.

Despite disagreements between the government and foreign partners over the price of gas, the reform was necessary to attract foreign investments as soaring costs of drilling and production installations has left little profit margin for the investors.

The government is committed to the terms of the current agreements. To take any further steps, a new pricing equation should be set that aligns the country’s goals with the international gas markets’ prices in order to encourage investments.

Several factors affect gas prices in Egypt such as the size of the country’s gas reserves, investments required for the development and production processes and the duration of projects.

A government official, who wishes to remain anonymous, said the problem lies in that the purchase price of gas from the foreign partner is very low compared to the costs of exploration and production, considering international markets prices. International markets gas prices vary widely ranging between $12-$16 per million Btu.

Foreign oil companies operating in Egypt have demanded that the government increases the gas price from five new fields to about $4 per million Btu, in order to start with the development of current wells to keep up with increasing demand for gas in the country. Egypt pays foreign companies from marine fields between $2-$3 per million Btu.

Jeroen Regtien, former managing director of Shell Egypt, stressed the government’s need to offer their foreign partners an incentive by increasing gas prices to $6 for a million Btu, especially since current gas wells are hard to reach and several are located in deep water, making it a tough economic choice for investors.

“I realize the challenge the government is facing in regards to the gas pricing,” Regtien added,“but the cost should be the criterion with the international companies assisting the government in providing its gas needs.”

The Government’s Point of View

A senior official in EGAS had said previously, “Government officials are reluctant about passing the gas pricing amendments, as that may lead to legal accountability; despite being convinced of the importance of raising the price.” However, the government has changed its approach, opening the door for fruitful dialogue with international gas operators.

Former Petroleum Minister Abdallah Ghorab said that changes should be applied to the gas prices to reflect the high cost of exploration and production in deep water or some other high production-cost areas. He added that changing the price will provide an incentive for new investments and will provide Egypt with cheaper gas than importing highly priced gas.

EGAS has reached a new preliminary agreement with several companies including the German RWE to amend certain terms of the petroleum agreement in the Delta Region for newly discovered gas. The agreement is pending ratification. EGAS has also been in negotiations for new gas pricing for existing developmental wells with numerous other international operators.

The petroleum minister said his ministry is looking into adjusting the terms of agreement with foreign partners in terms of prices for gas produced locally. Sherif Ismail said earlier in 2014, “A committee will be a formed by the ministry to adjust the prices.”

Ismail explained that these amendments come in the framework of the ministry’s policy to achieve balanced economies with foreign partners. He pointed out that the amendments reached would be applied to the newly discovered gas and added to the contractual amounts to which old prices apply. It will also lead to an increase in gas production in the Delta region to 100-120 mcf.

Egypt has paid $1.5 billion in September of international companies’ dues in the framework of a program for repayment that seeks to revive confidence in the economy after years of turmoil. According to a senior official in the Ministry of Petroleum, the government intends to pay its foreign partners the full amount of their debt – $5.5 billion as of the end of November – within the next six months, reported Daily News Egypt.

In addition to repaying debt to encourage domestic production, Egypt is also expecting new gas imports to ease domestic demand. The Algerian state-owned company Sonatrach has agreed to supply five shipments of liquefied natural gas (LNG) to Egypt, each 145,000 cubic meters. Meanwhile, EGAS has issued new tenders for the import of at least 48 LNG cargoes. EGAS has launched a new tender recently for the import of another LNG floating terminal and further LNG shipments.

The Ministry of Petroleum expects to increase the country’s production of gas to 5.4 bcf/d while increasing gas consumption to 5.57 bcf/d in the fiscal year 2014 / 2015.

After extensive delays, Egypt also finalized the contract with the Norwegian gas company Hoegh to rent a floating natural gas storage terminal early in November, and state media reported in December that the government is to launch a tender for second LNG import terminal.