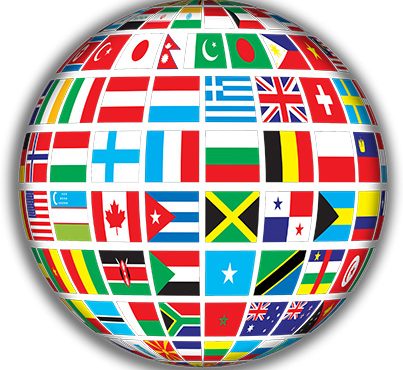 Egypt’s state oil companies are starting to sign agreements to develop oil fields in other neighboring countries, which indicate that the country has plans to expand their territory out of Egypt and into foreign lands. In Late 2016, the Egyptian General Petroleum Corporation (EGPC) bought 15% of Kuwait Energy’s Siba gas field, located southeast of Basra Governorate in Iraq, as much as the attempt was considered to be a new of a kind, Iraqi officials were enthusiastic about it to the extent that they were further considering awarding EGPC 21 other projects.  As for EGPC; it’s establishing its presence in other countries through NOCs, service companies, and also through their shares in Egyptian joint ventures, to expand their territory to reach the optimum production levels. EGPC’s CEO, Abed Ezz El Regal, was recently reported by Egypt Oil&Gas to meet with Libya’s National Oil Corporation (NOC) to discuss possible cooperation as a part of Egypt’s plan to have a noticeable and fruitful presence in Libya through Petroleum Projects & the Technical Consultations Company (PETROJET).

For Government, or privately owned companies, to have operating projects overseas, that makes them IOCs, and as usual, in any country in the world, IOCs tend to face dilemmas and issues that are extremely hard to be avoided, but when conquered, the reward is always tremendous.

Egyptian oil and gas sector witnessed the expansion of several oil and gas companies; among these companies were PICO Cherion Exploration and Production Company. Cheiron had first started working in Egyptian mature fields region, and then it expanded its work globally. In 2012, Cheiron Petroleum was awarded a services contract to process work in the area of Altamira located in Northern Mexico and later in 2013, the company won a 5 concessions royalty contract in Romania.

PICO Cheiron’s CEO, David Thomas, explained to Egypt Oil&Gas “The technical, commercial and operational skills the company has developed over the years managing Egyptian oil and gas fields enable it to work well in different international environments, including Mexico and Romania where we have various joint ventures.  The oil industry is a global business and we all utilise the same types of technologies and approaches.  I would say, though, that the heart of the company remains in Egypt where we have the majority of our people, assets, production, reserves and, perhaps most importantly, relationships.”

Mr Thomas pointed out that investors seek out PICO Cheiron as a partner since “they understand that the company has been operating successfully in Egypt for a great many years, in both the service and upstream sectors, and recognize that it has a very capable management team. I think some new investors are also becoming interested in the company following recent portfolio additions in the Western Desert and Mediterranean Sea.”

EGPC executes projects in the MENA region through its 97% shares in the Engineering for the Petroleum & Process Industries (Enppi). In 1980, Enppi developed its performance and started working as an EPC Contractor by building the Assuit Grass Root Refinery. After 10 years of the refinery building, Enppi became an international company as it created branches in Syria, UAE, USA and Italy. In 2016, the company contracted 3 projects abroad.

Any NOC can develop its performance to become an IOC in another country. Attorney at Law, Petroleum Agreements Department at EGPC, Moustafa El Shazly, stated to Egypt Oil&Gas that “Nothing prevents NOCs from becoming IOCs, as long as it has the required technical capabilities, financial resources and good management.” Therefore, in order for the NOC to be global it has to work on the technical, financial and managerial aspects.

El Shazly pointed out an example of a successful NOC that turned into an IOC adding “In Brazil, the oil and gas industry experienced liberalization in the market as the country stopped the monopoly of Brazilian national oil firm Petrobras on the market. This resulted into competitiveness between oil and gas companies, including Petrobras, through the concession system applicable in the country. The liberalization happened as the government allowed the privatization of Petrobras’ stocks, with keeping the voting rights only for national authorities.”

Accordingly, development in the market is a key factor for the state owned NOCs to work in other countries. Egypt is believed to be going the way of having NOCs working abroad due to the Ministry of Petroleum’s recently adopted Modernization Program. Minister of Petroleum, Tarek El Molla, previously stated in an interview with Egypt oil and gas that the Modernization program aims to transfer “Egypt’s oil and gas sector into an attractive, competitive, and business oriented industry.”

Furthermore, El Molla indicated  during his meeting with the American Chamber of Commerce’s, that programs are ongoing to upgrade the skills of the personnel in the industry as part of many plans set to restructure the Ministry.

Moreover, The North African country is on its way to liberalize the gas market as the Egyptian government submitted, late 2016, a new draft law to the parliament that will open natural gas sector to private investors. The new gas law will allow private sector to directly import gas and pump it to the Egyptian market. This way, Egypt is heading to a the path that will empower its NOCs, including EGPC, to be sought by other countries to process oil and gas concessions.

Challenges of Being an IOC

Investing in a different county, any NOC has to face several challenges. The NOC has to adapt to the new regulations of the wealth-owning country. When an NOC farms-in any project abroad, it does not act as a regulatory, but it acts independently as a contractor. El Shazly explained to Egypt Oil&Gas that when EGP farmed-in projects like Siba field and Block 9 in Basra Province in Iraq, “it started acting as a contractor or an IOC.”

El Shazly pointed out that the main challenges facing any NOC when it is working beyond the mother country’s boundaries are the challenges of the same challenges facing a company farming-in a project as the company has “to bear all liabilities of the previous contractor in order to enjoy all the benefits of the project.” Therefore, EGPC has to prepare “due diligence” before acquiring any shares in any project, to assess the feasibility of the project.

According to Saudi Armco’s Consultant, Saud M. Al-Fattah’s, Paper, entitled The Role of National and International Oil Companies in the Petroleum Industry, “The primary  concerns  for  the  IOCs’ business  models  are  market  access,  risk  aversion,  coordination,  and  more  cost-effective  staff utilization. “ In some of the wealth owning countries an IOC can be subjected to high customs, high taxes and high royalties. In other countries the IOC may encounter high employment costs. Additionally, when the NOC works abroad it has to deal with changing investment criteria; higher technology investments; governance and organization structure issues; the need for operational excellence and technical delivery; and the pressure to improve management capabilities, employee capacity and workforce diversity,” according to Bain & Company Managing Consulting Firm’s insight article, entitled National Oil Companies: Beyond Boundaries, beyond Borders.

Working as an IOC, the NOC could encounter security issues and changes related to political events. The International Energy Agency (IEA)’s book, entitled Update on Overseas Investments by China’s National Oil Companies, stated that “Chinese NOCs were acting independently from the Chinese government. However, all the political events since the beginning of 2011, such as the “Arab Spring” uprisings that swept through North Africa and the Middle East, the sanctions imposed on Iran, and the fighting that erupted since the independence of South Sudan, as well as security concerns in countries like Nigeria, have seriously threatened the NOCs’ activities.” Therefore, when an Egyptian NOC is considering acting independently in another country, the NOC should study the political circumstances and expectations of this country.

Accordingly, as EGPC is starting to farm-in projects in neighboring countries, it is measuring the risk and taking very calculated steps. According to El Shazly, Egypt chose working in Iraq as “it has high potential, its resources are easy to access, and it has low risk.” Furthermore, IEA’s book, entitled Update on Overseas Investments by China’s National Oil Companies, explained that “Chinese NOCs, like other oil companies, consider Iraq a key strategic country in which to gain a foothold because of the lack of other investable quality assets globally.” Hence, the Iraqi oil and gas sector was considered a good start for EGPC in going international. El Shazly also explained that exploring in the two Iraqi fields does not require “high facilities.” El Shazly further commented on the low shares percentage Egypt is acquiring in these fields saying “In my opinion, this maybe because it is a new experience, therefore, Egypt has to be cautious.”

Advantages of Becoming an IOC

There are a number of motives for NOC to target working in other countries. Some NOCs seek profit, some seek experience, and others seek production. El Shazly told Egypt Oil&Gas that the motives for any NOC to act as an independent contractor abroad are “outsourcing, increasing production, raising the assets of the NOC as it becomes international.” El Shazly explained that by being an IOC, “the NOC is expanding the scoop of area of competence as it allows technology transfer from [other] IOCs to the NOC.” Accordingly, by working in land across the Egyptian border, NOCs can help Egypt to cover local market’s demands of petroleum products through “outsourcing”.

El Shazly pointed out that when “EGPC signs any deal, it is authorized to work with other partners,” including the other contracted IOCs and the wealth owning country’s NOC. Thus, EGPC gains “experience” that would be beneficial when it works in the Egyptian concessions.

According to Bain & Company Managing Consulting Firm’s insight article, entitled National Oil Companies: Beyond Boundaries, beyond Borders, “IOCs controlled four key advantages for global success in upstream oil and gas: access to capital; access to technology; breadth of capabilities and partnerships; and effective local engagement.” When the NOC expands its business to work beyond the national borders, it acquires “several criteria, [including] leveling the playing field to a large extent.” Therefore, “the access to debt and equity capital” for the internationally expanding NOCs would be “similar to that of IOCs.”

To sum it all, being international is a feasible vision, especially in the light of the Egyptian Modernization Program and the Ministry of Petroleum’s plans that aim to liberalize and restructure the country’s oil and gas sector. Yet, the NOCs should study the feasibility of any project it is farming-in and should assess the wealth owning country’s political status and its current circumstances before taking steps to expand in anyway. By becoming international, Egyptian NOCs will be able to the cover local market’s demands and will succeed in bringing the latest most useful technologies to the Egyptian oil and gas fields.