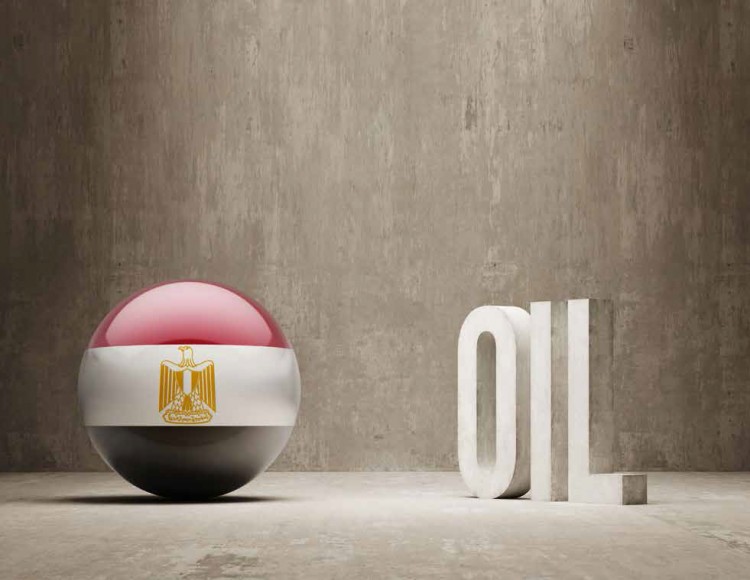 Following OPEC’s decision to maintain crude output levels at 30 million barrels per day (b/d), oil prices plummeted. The stock market in the Gulf plunged to unprecedented lows. At time of writing, Brent crude dropped to $61.38 per barrel, after four consecutive weeks of losses, down almost 16% over December, and nearly 50% since its June peak, Reuters reported. Saudi Arabian Petrochemical markets, as their prices are closely linked to oil prices, took major hits. Banks were down 3.2% and retail lost 3.5%. With sweeping market losses being reported internationally across various sectors, Egypt overcame the crash relatively unscathed, its market slipping a mere 0.2%.

“The oil cartel is trying not to lose control of the oil market to countries like the U.S. and Russia, while still maximizing its own revenues. In many ways, these two forces are diametrically opposed, leading to some very difficult decisions,” writes Travis Holum for the Motley Fool. “The core problem is that oil is no longer the one-stop-shop it was two decades ago when OPEC supplied half of the world’s oil. Today, U.S. shale producers, Brazil, Russia, and others are big players in the market, all having a vested interest in increasing production if the price is right.”

“It’s no surprise that the current near 50% drop in oil prices since June of this year has captured global headlines and spawned numerous narratives: OPEC and/or Saudi Arabia vs. U.S. shale oil, one of the more popular ones, and Saudi Arabia/UAE vs. Iran/Russia a secondary one. But as with most popular narratives, there is a deeper issue at play here,” says Afshin Molavi, senior fellow and director of the Global Emerging and Growth Markets Initiative at the Foreign Policy Institute of the Johns Hopkins University School of Advanced International Studies (SAIS) for Al Arabiya.

He dispenses of the Russia/Iran “squeeze play” story, because price declines would have to be larger and over a longer period of time to affect them. The more popular theory, that OPEC is struggling to maintain its market share and let prices drop to put pressure on US Shale production, has more legitimacy. Still, Molavi believes that US shale oil still doesn’t have the power to radically transform global energy markets in the short to medium term.

How Egypt’s domestic energy crisis figures into the international oil market is a complicated equation, and what the country stands to lose or to gain as oil importing nation is a matter of some dispute.

When Egypt is referred to as an oil importer, it’s typically mentioned as a point of economic decay. Egypt’s energy consumption began to overtake its petroleum exports in the mid 1990s, tipping its oil economy into the red. Its population became dependant on fuel subsidies and aid to meet its energy needs, with debt mounting to foreign oil companies as products meant for export were increasingly funneled into the domestic market.

“In the 2013/14 fiscal year, Egypt imported $10 billion worth of food products and $13.2 billion worth of petroleum products, according to Central Bank data. Local industries also depend heavily on imported machinery and inputs needed for production,” informs state media.

However, Egypt’s annual import bill, which stands at $59 billion, could potentially drop by around $4 billion if oil prices stay around the level of $75 per barrel. “This in turn would reduce the current account deficit and Egypt’s dependence on foreign financing, thus easing strains in the balance of payments,” William Jackson, an economist with London-based Capital Economics, told Ahram Online.

Following on the heals of the first wave of Sisi-administration economic reforms and subsidy cuts, which raised fuel prices by up to 78%, the dropping international oil prices could prove to be a further silver lining to ease pressure of energy demand. Simply put, low Brent prices are in Egypt’s favour in terms of decreasing the fuel subsidy bill, as Tarek El-Molla, Chairman of the Egyptian General Petroleum Corporation (EGPC), explained to Daily News Egypt.

On a related note, Medhat Youssef, former Vice Chairman of the EGPC, said that a decline in subsidies for the current fiscal year would also lead to a reduction in the state budget deficit and improve the financial status of the EGPC.

El-Molla told Reuters in November that the fall in prices means the government will spend 25% less on energy subsidies this year. Egypt is now likely to spend EGP 75 billion on the subsidies in the 2014-15 fiscal year as opposed to the EGP 100 billion originally forecasted.

The drop in oil prices isn’t likely to ease the financial strain on Egypt’s energy market in the short term, industry leaders told state newspaper Ahram Online, though gains could be felt on a macroeconomic level.

Low oil prices aren’t expected to affect Egypt’s Gulf aid balance either, in part due to the political nature of the aid, as Saudi Arabia and the UAE have a vested interest in stabilizing Egypt and supporting the crackdown on the Muslim brotherhood. “Gulf aid to Egypt is considered defence expenditure, which is not influenced positively or negatively due to its relation to national security,” Hany Genena, chief economist at Cairo-based investment house Pharos Holding told Ahram Online.

A Break for Consumers?

On a consumer-level, as fuel products are already subsidized, cheaper oil prices aren’t expected to make a difference. Jackson explains that the onus is on policy makers to determine if the drop in fuel costs will influence state budget and trade deficits to fall. “If the government diverts spending that had previously gone to energy subsidies, this would boost growth,” Jackson said, adding that, “Given the government’s desire (and need) to reduce the budget deficit, they may not react, in which case there wouldn’t be much of an impact on economic growth.”

While Egyptian consumers might not feel the effect of dropping oil prices on energy expenses, due to the monopoly the government has over supplying energy industries, locally manufactured products may become cheaper as prices of imported raw materials decline, Mohamed El-Bahey, a member of the executive bureau of the Federation of Egyptian Industries told Ahram Online.

This is in part due to the expected ease in the inflation that has soared since subsidies were cut, said Genena, as a result of the drop in oil prices. This could come “by the end of 2015 or early 2016, not by 2018 as originally expected,” he said. “The urban inflation rate has recorded double digits in every month since July’s price hikes, reaching 11.8 percent in October,” Ahram Online Reports.

As the rise in inflation in Egypt is also linked to the depreciation of the pound, which fell to around 7.65 to the dollar in the black market last month, the Egyptian pound is also expected to improve. Prime Securities, a brokerage, said that the plunge in the Brent prices “should ease the Central Bank of Egypt’s (CBE) fears of a disorderly depreciation in the value of the Egyptian currency.”

Falling oil prices could adversely affect Egypt’s economy in some ways. “On the negative side, however,” Niveen Wahish writes for Ahram Weekly, “research has drawn attention to the fact that lower oil prices will put pressure on the finances of EGPC, at a time when it is repaying some $6 billion in debt owed to foreign oil companies operating in Egypt and has to provide the needed cash for natural gas imports.”

According to Citibank, this financial pressure indicates the government will have to assume a larger role in supporting EGPC by taking a “a greater share of the procurement bill onto the budget, raising oil-related expenditures and potentially more than compensating for any on-balance sheet gains from falling oil prices.”

Still, regional economists and industry leaders agree that in general, the global oil price plunge will have a neutral, if not positive effect for Egypt. Further promising for Egypt’s recovering economy is the recent upgrade to “B” from “B-“ on Fitch Ratings’ Issuer Default Ratings (IDR) index – the first increase in Egypt’s credit rating following a series of devaluations over the past few years.

According to Reuters, Fitch cited power shortages being tackled, reduction of overdue payments to oil companies, the revision of investment laws and settling disputes with foreign investors as the reason for the upgrade. Whether or not OPEC’s output levels affect the country significantly in the long term, increasing stability isn’t going unrecognised on the international market, and the record low oil-prices have only helped Egypt so far.