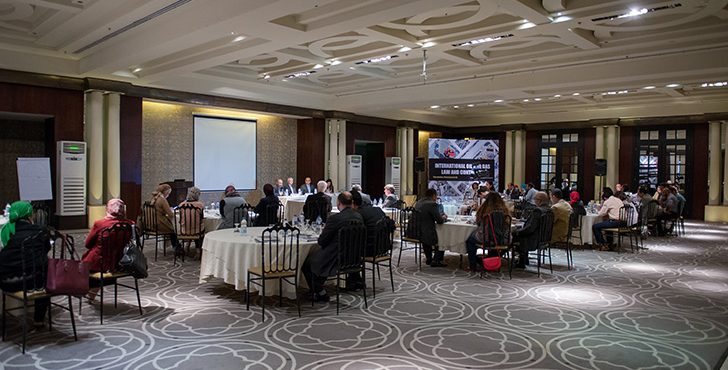 Egypt Oil&Gas had cooperated with Andrews Kurth Legal Firm along with Open Chance Law Firm in order to inaugurate a training that casts more focus on the legality of the oil and gas field. The 2nd International Oil and Gas Law and Contracts Training Program was held on the 12th and 13th of April 2017, in Sky Executive Resort, in the attendance of the industry’s leaders.

The training program addressed different subjects that were beneficial to industry leaders. The panelists led role plays and group discussion in most of the sessions to keep interaction with the attendees.

Thurber explained that if an IOC “applies with UK, US, or any other act, it should also comply with the Egyptian [anti-bribery] statute.”

Accordingly, Hadir Helal, Partner at Open Chance Law Firm, stated to Egypt Oil&Gas “Gifts are penalized as offering bribery. All gifts for public officials are classified as bribery act and the law does not put any limit to the amounts of gifts, but basically it classifies it as bribery regardless of the amount.” Helal added that “People who are holding any government posts are penalized for bribery acts, basically most of the people in the oil and gas sector [in JVs and IOCs as well] are dealing with the government, so they deal with EGPC. That’s why when they are dealing with EGPC, they are under obligation to the act and they receive the same penalties as they are classified as public officials.”

Helal explained that Egypt “does not have a strong rigid regime as to the laws when it comes to acts of anti-bribery.”

Trainees further talked about the Egyptian Modernization Program and what needs to be addressed regarding the legal contracts. Rockhopper Egypt Country Manager, Samir Abdelmoaty, said during the training that the Egyptian oil and gas sector “does not only [need] to improve the current [agreement] model, but [the sector] also needs to look at different models.”

The event covered several legal angles that are important for oil and gas investors.  Apex’s Accountant Manager, Ihab Ismail, told Egypt Oil&Gas “The training was amazing and the training materials were very informative.”

In Addition Amr Ashraf from the Technical Team of the Ministry of Petroleum told Egypt Oil&Gas that “the event was very impressive. The most beneficial part of the event was having the chance to meet people from IOCs and to exchange contacts, having the opportunity to strengthened cooperation, and to hear the thoughts of the industry people, I sure do advice people to attend the upcoming event next year.”