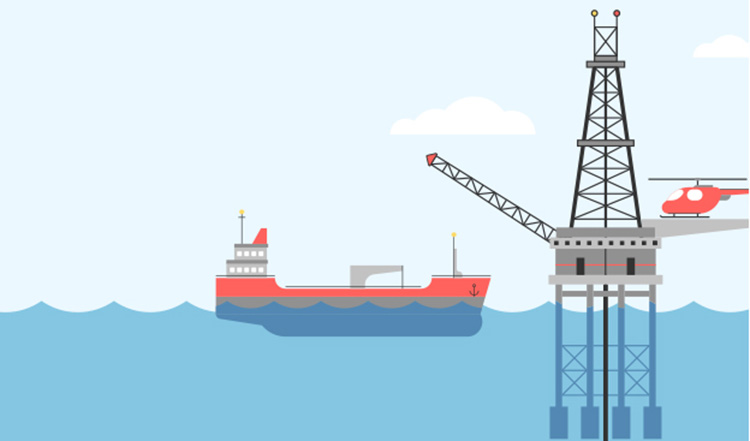 Two years after its discovery, Egypt’s mammoth natural gas field is set to begin production this fall, providing welcome relief to a country currently heavily dependent on gas imports. The exploitation of Zohr—and its neighboring fields of Aphrodite, Tamar, and Leviathan in Cyprus and Israel—opens new opportunities for Egypt.

With its network of pipelines and natural gas liquefaction plants, some already dream of making Egypt into a hub for regional and domestic exports of liquefied natural gas (LNG). Such aspirations, however, remain for the future. At present, these ambitions remain mere dreams as Egypt struggles to meet its domestic demand for natural gas—a demand that government officials hope production from Zohr will satiate.

Egypt, a former natural gas exporter, has, over the years, seen its production decline and its consumption increase, leaving it dependent upon imports of natural gas to meet its energy needs. From exporting 15 billion cubic meters (bcm) in 2005, exports declined to almost nothing by 2014, according to Simone Tagliapietra and Georg Zachmann, fellows at Bruegal, an economic-focused think tank, in a piece published by Forbes.

Between 2009 and 2015, Egypt’s production of natural gas fell by 22.3%, according to Jean-Francoise Seznec and Samer Mosis in an article published by the Middle East Institute. In 2016, domestic production stood at 4.4 billion cubic feet per day (bcf/d), Reuters noted in July 2017. Demand, however, had increased. Between 2000 and 2012, demand rose 8.4% a year due to increasing household and industrial consumption, Anders Norlen and Kerri Maddock noted, writing in September 2015 for Energy Insights by McKinsey. Between 2006 and 2016, demand increased by 14 bcm or nearly 36%, according to Enerdata. In 2016, Egypt used 53 bcm of natural gas, a staggering 38% of natural gas usage on the African continent, the consulting company notes.

As the country struggled to meet domestic demand, it suffered from occasional brownouts. To ensure a steady flow of electricity, the government chose to prioritize electricity generation and cut natural gas supplies to the industrial sector, Reuters reported in June 2016. To meet domestic demand, Egypt became an importer of liquefied natural gas (LNG). Instead of exporting LNG, Egypt was now importing it. Its liquefaction plants became strangely silent. In fiscal year 2016/2017, Egypt imported 118 cargoes of LNG, Reuters reported in August. These imports have proven a drain on its economy and foreign exchange reserves, forcing the government to spend its scarce supply of dollars on LNG imports.

In 2012, the Italian energy company, Eni, encouraged by recent natural gas finds in Israeli and Cypriot waters, submitted a bid for the Shorouk Concession. Royal Dutch Shell had previous explored the area and drilled multiple exploratory wells—but had found nothing. Nevertheless, Eni went forward with the project based upon its analysis of the local geological formations on the seabed. In 2015, the company reached out to other oil and gas firms, looking for a partner in its exploration and development of the Shorouk Concession. By the end of July, it had not received any bids and closed the tender, according to a Reuters article from September 2015. The next month, in August 2015, it became apparent that Eni had discovered a massive natural gas field, one that would dwarf the neighboring Aphrodite (Cyprus), Tamar (Israel), and Leviathan (Israel) fields. It was named Zohr.

Located approximately 190 kilometers off the Port Said coast, the deepwater Zohr field is submerged under approximately 1,500 meters of water and extends over 100 square kilometers, making it the largest known natural gas field in the Mediterranean. To put that number into context, it is helpful to note that Egypt’s current natural gas reserves stand at 53.75 trillion cubic feet (tcf), according to a senior source at EGPC. This massive gas field is now set to come online with a few weeks.

Impact of Production from Zohr

As the Zohr field begins production, its natural gas will begin alleviating Egypt’s current shortage. The CEO of ENI, Claudio Descalzi, estimated in August that Zohr will produce approximately 1.642 bcf/d by the end of 2017, according to Al Ahram Online. This production is slated to rise to 2.7bcf/d by 2019, according to AmCham Egypt’s November 2016 Industry Insights. With an annual output of 20-30 billion cubic meters (bcm), as projected by Tagliapietra and Zachmann, Zohr has the potential to drastically increase Egypt’s production of natural gas.

This rising production will allow Egypt to cut back on natural gas imports. In fact, due to rising production from a number of sites, Egypt is already looking to cut back on its imports. Earlier this month, the Minister of Petroleum and Natural Resources, Tarek El Molla, stated that Egypt was “planning to import 154 cargoes of LNG in fiscal year 2016/2017 but we only imported 118 cargoes because of the increase in local gas production,” according to Al Ahram Online. Egypt’s production of natural gas has risen to 5.3 bcf/d, the First Undersecretary of the Ministry of Petroleum and Mineral Resources, Mohamed Taher told Amwal Al Ghad in August, but it still falls well short of the 6 bcf/d of domestic demand. With the addition of production from Zohr, this gap should continue to shrink and eventually disappear—if consumption levels remain relatively stable. Over the past few years, demand has been growing at a significant rate. Rising demand, if it paces increases in production, will prevent Egypt from resuming its previous status as a significant natural gas exporter.

On a more short-term basis, it is not clear exactly how much money natural gas production from the Zohr field will save the Egyptian government. In May, President Abdel Fattah El Sisi estimated that increased production from all of Egypt’s new fields could save the government $3.6 billion per year, according to Al Ahram Online. While natural gas from the field will allow Egypt to reduce its imports of natural gas, maybe even eliminate them as the government projects that Egypt will achieve self-sufficiency in natural gas by 2019. Eliminating imports will not fully remove the government’s outlays on natural gas. Even though the terms of the agreement between Eni and the Egyptian government are unknown, it is safe to assume that a significant portion of the output from Zohr will belong to Eni and its partners as reimbursement for their investment and operation costs. Based upon other production sharing agreements (PSAs) between the Egyptian government and international oil companies (IOCs), Eni and its partners could be entitled to up to 40% of the field’s output to recover their investment costs and an additional 31-40% of the remainder to cover operational costs, according to Seznec and Mosis.  While this gas will likely flow into Egypt’s gas-deprived domestic market, it will come at a price. While undoubtedly cheaper than importing LNG, purchasing this natural gas from Eni and its partners will continue to prove a financial drain, albeit a smaller one, on Egypt’s exchequer.

An Opportunity for Egypt

The discovery of the Zohr field galvanized the government to take action to revitalize its natural gas sector. In an effort to regain the confidence of the major IOCs, the government has developed a plan to clear its back payments and raised the rates it pays for domestically produced natural gas. It has also embarked on ambitious market reforms, slashing energy subsidies and approving a massive overhaul of the gas market. These policies, by introducing some market mechanisms, will make it easier for international oil and gas companies to operate in Egypt’s domestic market. Under the new gas regulation law, private companies will be able to import and sell natural gas on the domestic market, intentionally weakening the government’s monopolistic hold on gas prices and distribution.

Sensing favorable governmental policies, IOCs have begun to invest in Egypt again. Leading energy companies, such as BP, Royal Dutch Shell, Eni, and Rosneft have invested in exploration and development of Egypt’s oil and gas fields—the most notably example being Zohr.

Despite Eni’s inability to find partners for its exploration work in 2015, as noted by Reuters at the time, the company has since recruited BP and Rosneft to assist it in developing the Zohr field, selling a 10% stake to BP for $375 million and a 30% stake to Rosneft for $1.125 billion and pro-quota reimbursement of previous expenses, according to the company’s press releases. Investments have also begun to flow into other fields, notably the Atoll, Libra, and Noorus fields, and into exploration and development concessions in Egypt’s western desert.

These investments have already reversed Egypt’s trend of declining production. Production from the Libra and Noroos fields has recently increased Egypt’s production capacity by 700 million cubic feet per day (mcf/d), Taher told Amwal Al Ghad in August. Production increases are also expected at other sites by the end of the year, most notably from Zohr.

“The fields of Zohr, North Alexandria and Nooros are among the most important projects that will increase natural gas production […] and will contribute to [Egypt’s] natural gas self-sufficiency by the end of 2018,” El Molla said in a statement released to the press and reported by Reuters.

These three fields, alone, are expected to produce 4.6 bcf/d by 2019, according to the Reuters’ news article.

The market reforms undertaken by the government should also facilitate the shifting of the burden of natural gas imports toward the private sector, permitting industries to purchase the natural gas they need directly from international providers and decreasing the strain on Egypt’s state-run companies to secure sufficient natural gas supplies. These importing companies will also utilize Egypt’s existing natural gas network, resulting in transit earnings for the state and greater reliability for the consumers. It will also open the door, some hope, for the re-export of regional gas. Both Israel and Cyprus have a surplus of natural gas, but no obvious export routes. Shipping it to Egypt for liquefaction at Egypt’s LNG facilities could provide a relatively easy solution for both nations and also garner Egypt re-export earnings. While still a distant scenario, Egypt’s rising production, which should meet, even overshoot domestic demand, makes the scenario distinctly possible. Eni’s development of the Zohr field could serve as barometer for IOCs considering investments in Egypt. If it proves successful, it will demonstrate that the Egyptian government is a viable partner for gas exploration, development, and marketing and could lead to further investments in Egypt’s natural gas sector. If not, other IOCs might hesitate to follow Eni’s example to invest heavily in Egypt.

For Egypt, the fate of its natural gas sector could hinge on Zohr. Natural gas extraction from the site should staunch Egypt’s natural gas demands, allowing Egypt to reduce and, eventually, eliminate its LNG imports—at least if it can stabilize demand. More importantly, however, the successful development of the Zohr field will send a clear signal, reinforced by the country’s market reforms, that Egypt is once again ready to do business. Instead of playing its hand cautiously by maintaining its previous gas policies, Egypt is making a bold move to capitalize on local discoveries. It is too soon to say whether these changes will ultimately make Egypt a regional gas hub, as some hope; yet the discovery and development of Zohr and Egypt’s reform agenda have put the country—no longer just a passive observer of changing market conditions—back in the driver’s seat.