Deal or No Deal: A Post Coronavirus M&A Landscape 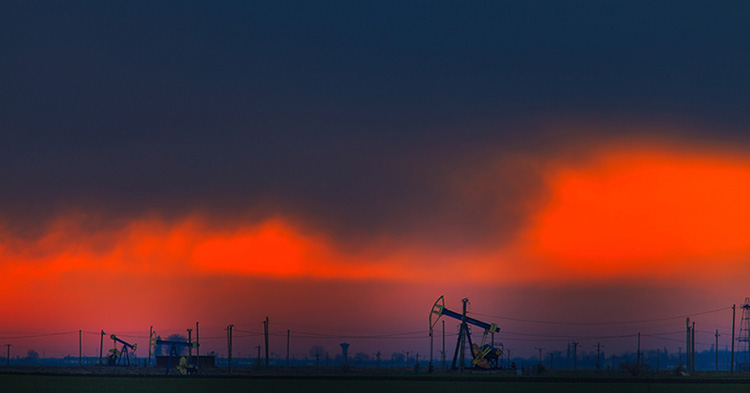 Aftershocks of the recent oil-price war and production cuts, fueled by the COVID-19 pandemic, have created an unprecedented environment for mergers and acquisitions (M&A) in the oil and gas industry. During uncertain times, companies tend to place a stronger emphasis on cash flow and, as Adi Karev, the global oil and gas leader at EY, says, “Everything in the oil and gas sector has switched to a short-term perspective.” Subsequently, many upstream companies have announced major cuts in planned 2020 operational expenditure (Opex), in some cases in excess of a 50% decrease from 2019 figures. However, opportunities present themselves in times of chaos and companies may have the chance to enact structural change by making strategic and opportunistic investments, securing their long-term success.

As a global trend, the M&A sector has been hit hard by the pandemic and subsequently there has been a noticeable decline in the number of M&A in the oil and gas sector globally. According to analytics from GlobalData, there have only been 262 M&A deals announced in the sector this year, compared to the 354 confirmed across the same period in 2019.

As of recent times, Egypt has shown incremental growth in the oil and gas M&A sector, boasting an impressive increase of nearly 286% from $389 million in 2017 to $1.6 billion in 2019, according to data from Mergermarket. What’s more, as of late there have been no indications of a slowdown in the sector with Shell announcing its intention to sell its onshore portfolio in the Western Desert for $775 million, BP indicating that it is planning to invest an eye watering $3 billion in Egypt in the near future, along with Chevron’s, Shell’s and Mubadala’s success in the Red Sea bid round.

However, with the pandemic wreaking havoc in the sector, low oil prices have put into jeopardy the immediate future of successful M&A. For example, on April 22 Pharos Energy pulled out of the previously mentioned acquisition of Shell’s onshore assets in Egypt. The tripartite consortium made up of Pharos, Cheiron, and Cairn Energy reached the second round of bidding. At present, this M&A looks dead in the water with investors unwilling to fork out large sums of money in these uncertain times.

The reason behind Egypt’s meteoric rise in oil and gas M&A can be attributed to an array of enticing legislative changes being made to attract foreign investment.

The groundbreaking legislative change was the introduction of Investment Law No. 72; this has significantly facilitated investment. The new Law repeals the restrictive Investment Guarantees and Incentives Law No. 8 of 1997 and aims to promote foreign investments by offering further incentives to the investors, reducing bureaucracy, and simplifying once overly complicated processes.

In terms of the new bankruptcy law, it revokes the criminal status of bankruptcy and introduces new mechanisms such as renegotiation and mitigating retribution. According to Toka Hasan, CRM specialist at Sharkawy & Sharhan, the amendments represent “a new philosophy”. The new legislation benefits all parties by “open[ing] an outlet for non-viable companies to entail the continuation of the business and to prevent bankruptcy complex procedures with the court intervention, which was not the case previously.”

Furthermore, the New Gas Law No. 196 signifies a devolution of power away from the State sector and into the hands of the private sector. This new development may permit private sector investors to undertake a multitude of activities such as distribution, transmission, supply and shipping of natural gas, all of which were formerly carried out by State entities.

However, in the wake of COVID-19 a report carried out by international law company Baker Mckenzie, argues that globally oil and gas mergers may be impacted by the tightening of foreign investment as a measure to safeguard smaller companies, making it tricky for investors to navigate these new rules. However, Khaled Sherif, a senior associate at Shalakany law firm, believes that “the Egyptian government is not introducing any changes in legislation that may hinder the Oil & Gas Market.” He believes this to be the case because the government does not want to impede the rich vein of foreign investment seen in Egypt recently.

The Further Rise of Supermajors?

Due to the prominent role that oil and gas supermajors play in Egypt, it is worth evaluating to what extent these industry giants will dominate the future M&A landscape in Egypt. According to Jean-Baptiste Bouzard, a Senior Analyst at Wood Mackenzie, supermajors “will likely play a leading role in future M&A, but there will be opportunities for other players too.”

Bouzard maintains that the gas sector is already saturated with supermajors such as ExxonMobil and Chevron, who have recently entered the scene. This means that due to their pre-existing prominence, supermajors will by default play a leading role in future M&A.

However, it is a different story regarding the oil sector where Bouzard predicts that opportunities will prevent themselves for smaller companies. He says “while Shell and Eni acquired additional onshore blocks during the latest EGPC bid round, the supermajors are still on a trend to divest non-core assets in mature areas. This is why Shell put its Western Desert portfolio up for sale. These transactions could open opportunities for smaller players – particularly those with brownfield experience – to expand their footprints into Egypt.”

If one looks back to the late 1990s, there was a wave of bold oil and gas M&A against the backdrop of low oil prices and high production costs. This led to a consolidation of oil companies and in 1997 and 1998 the value of M&A in the oil sector amounted to approximately $88.99 billion and $66.6 billion respectively, according to data provided by Rajesh Kumar in the paper “Mega Mergers and Acquisitions”.

In the current low oil price environment, Aiden Mckay, General Manager at Energy Egypt, believes that now would be a great time to make bold M&A in Egypt as “lots of companies would love to get out, given the global market conditions.” However, he adds that this is unlikely saying “given global market conditions, I don’t think that companies would be looking at investments just now. The drop in oil prices has placed a real strain on companies and their cash management.”  Thus, one of the major obstacles would be finding buyers that are willing to make counter cyclical investments in this challenging environment.

With regards to the long term impact of COVID-19,  Bouzard estimates that this may only have an indirect impact on M&A: “The outbreak resulted in subdued demand for petroleum products, hence contributing to excess supply and lower hydrocarbon prices globally. This may in turn trigger sales of distressed assets.” Furthermore, McKay asserts that COVID-19 will only have a short term impact on Egypt’s M&A landscape, with likely reduced M&A activity in 2020 but by 2021 there may be an “increase in both mergers and in investments in enhanced oil recovery techniques as companies try to get a return on their investment.”

Despite the detrimental impact of COVID-19 on the global M&A landscape, the impact in Egypt looks to be temporary. With investors increasingly willing to invest in Egypt coupled with groundbreaking legislative change, the long term future is looking bright for oil and gas M&A activity in Egypt.