Across the Technological Horizon: R&D Solutions for Egypt’s Downstream Sector 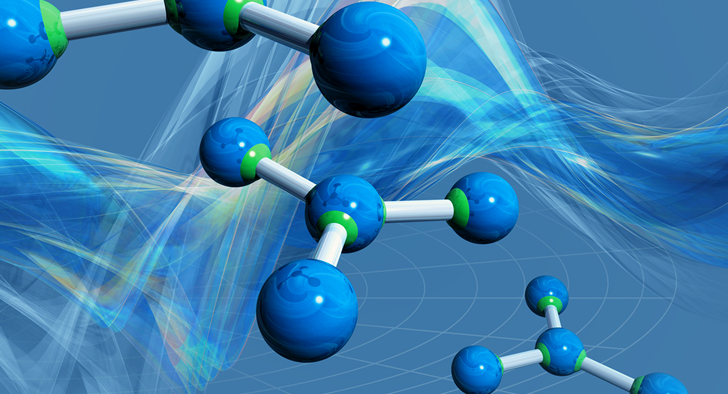 Global technological breakthroughs in nano-applications are accelerating in the post-production or downstream sector of the oil industry. Egypt desperately needs to utilize these advances to solve many of its outlying economic problems related to the petroleum industry. The question is whether the scientific and industrial infrastructure of the country is suited for riding this technological wave that encompasses everything from petrochemicals to refining to midstream and even upstream.

The quick answer is no. As it stands, downstream in Egypt is underperforming. Evidence of this can be found in the petrochemicals sector. Plastics are one of Egypt’s top ten imports, standing at $3b in 2014, according to the United Nations Comtrade Database. Its exports were at the much smaller figure of $1.6b. Is this disparity a matter of feedstock or lack of technical expertise or investments? Similar gaps emerge elsewhere. At first sight, Egypt’s fortunes when it comes to fertilizers – another example of petrochemicals – appear better with exports standing at $742m and import at $161m. Yet, even here there are mismatches. Egypt imports higher quality fertilizers, which feeds into the drain on the country’s hard currency reserves. The same holds true of pesticides, many other chemicals, and pharmaceuticals, all being implicated in the petrochemicals industry.

Why has the country so far not addressed these trade disparities by identifying root causes and taking concrete steps to rectify them? Without resolving these outlying issues first, Egypt will not be able to take the next technological leap that will bring it up to speed with downstream round the globe.

A part of the problem with petrochemicals in Egypt has been the public sector mentality, a petroleum expert with extensive experience in the private sector explains. Like the Toshka land reclamation project (an ambitious project to reclaim half a million acre of desert land) the focus was on large headlines for picturing massive national projects that ignored feasibility studies. Another area of policy neglect did not take into account the issue of comparative advantage in natural resources endowments. Egypt, in the 1980s, did witness a surge of exploration and production activity with largely promising estimates of the country’s gas reserves. The problem was that these estimates did not account for the competition, particularly from regional energy giants like Saudi Arabia, which gets its feedstock for plastics, fertilizers and other petrochemicals almost for free while extracting oil. But this was no excuse, the expert said, since any resource gap can be compensated for through sound planning, management, and technology.

The larger problems afflicting downstream lay in Egypt’s education system due to a lack of emphasis on the downstream sector and other petroleum and energy-related subjects, the expert explains.

Chemists who graduate from institutions of higher learning are eagerly employed by the oil and gas sector, that is true, but their skills are more generic, given their education. They can work just as easily in pharmaceuticals as in oil and gas, after some re-skilling at the hands of the employer. Petrochemicals, however, are more difficult and demand a proper degree in chemical engineering. Even Petroleum Engineering Departments deal almost exclusively with upstream – exploration, production, drilling, and oil recovery, trying to compensate downstream with a handful of specialized courses in petrochemicals. Other energy-related topics get listed under environmental sciences and renewables.

Attempts to have Petroleum Engineering Departments cover the broader remit of petroleum and energy studies have not always been successful. Ironically the older, less well-funded public sector universities in Egypt – Cairo, Alexandria, and Suez – are the ones best equipped for the downstream industry, bunching petroleum engineering with petrochemicals, and mechanical engineering. Suez University deserves special mention because it has its own separate department of Petroleum and Petrochemical Refining within the Faculty of Petroleum and Mining Engineering. This is in addition to the four other departments of Petroleum, Geological Engineering, Metallurgy, and Mining Engineering. That being said, there are different educational models on offer that we need to be mindful of when it comes to upgrading downstream.

The older ways of teaching at Cairo and Suez Universities have their advantages. The system churns out fully qualified engineers for the downstream sector, explains Dr. Amr Serag-Eldin, Professor and PENG Chairman at the AUC’s Department of Mechanical Engineering. The disadvantage, however, is that the educational institutions do not keep up to speed with the latest advances in the field. Having separate departments and schools, the approach taken by his institution, allows higher education to focus on the fundamentals of science and engineering first, then deal with practical applications later. The basics of power engineering, for instance, are the same as those in physics – thermodynamics, fluid and gas mechanics, the photoelectric effect, etc. A science background is a must. With these basics in place, there are qualified graduates who can do their own research afterwards and specialize as they see fit. It’s a question of learning how to learn he says. Serag-Eldin adds that having separate departments does not mean the university cannot pool resources and set up multidisciplinary programs and laboratories. The School of Science and Engineering, in fact, deals with a broad range of petroleum-related disciplines, such as engineering for pipelines, renewables, project management, and industrial engineering. Nano-tech is also increasingly crossing disciplinary boundaries in science and engineering.

The real onus is on the private sector, explains a petroleum engineering professor from another institution. Firms have to involve themselves more in higher education through donations and grants to finance research and simulation labs, internships, training programs, specialized schools, etc. There is not enough demand out there for petrochemicals to be taught at university since there are only five petrochemicals companies for every 50 upstream companies in the country, he adds. The upstream sector needs petroleum engineers so universities gear themselves towards industry demands.

The way university finance works is also partly responsible. Financing is not determined only by tuition fees but by the composition of the board of trustees of any private sector university. If they are not ‘oil men’ – so to speak – then the finances will not be geared towards downstream sector, he explains.

Trustees have no objections to working with oil firms and representatives and have no legal restrictions against donations from the petroleum sector, but with established competitive petroleum and petrochemical universities in the Gulf Arab states, it is hard to gain the right kind of attention from wealthy benefactors for the Egyptian education sector. According to an official at Zewail City, the center of technical excellence, it does not deal with oil and gas, although energy-related fields are high on the institution’s list of research priorities. The focus instead is on renewables, denying Egypt’s petroleum sector an avenue for cutting edge research in the latest buzzword for the industry – nano-tech.

Melding Up and Downstream with Nano-Tech

Nano-tech applications are a game changer in the industry, according to a petroleum and energy expert, Dr. Magdi Nasrallah, as they are increasingly bridging the gap between up ad downstream. Just as nano-applications go into drilling and pressure-volume-temperature (PVT) fluids, reservoir engineering and improved and enhanced oil recovery (IOR/EOR), they are also increasingly making its way towards the downstream sector. Nano-particles are used to influence fluid viscosity of crude oil in pipelines and for corrosion mitigation; at the level of the fluids. Manufacturing the pipeline itself comes also with the help of nano-materials, and nano-coatings are applied to protect regular piping. The nano-technologies that go into building corrosion resistant pipelines are the same technologies that go into the upstream building of drill rigs where corrosion resistance, shock resistance, thermal conductivity and weld ability are persistent problems.

Viscosity is a problem that stretches from upstream into downstream. Reducing the viscosity level of crude extracted from a reservoir helps oil flow better in pipelines after extraction in the post-production or downstream phase. Closely related to this are problems with emulsification – water and oil droplet mixtures and scaling along the walls of pipes.

Viscosity, emulsification and scaling problems hold true, incidentally, of EOR, particularly when dealing with heavy grades of crude oil. The techniques used to dislodge crude in the tertiary phase of oil recovery become all the more effective if the viscosity level is lowered. When it comes to the CO2 injection technique used for EOR, there is also the issue of sequestering the CO2 underground and nano-materials can play a role there, says Dr. Adel M. Salem Ragab, Assistant Professor of Petroleum Engineering at the FUE’s Petroleum Engineering Department. Most of the oil in the Western Desert is heavy oil and CO2 is a useful technique that has been earmarked for the region through field-studies and surveys carried out by Drs. Mahmoud Abu El Ela, Helmy Sayyouh, and El Sayed El-Tayeb of Cairo University.

Another upstream-downstream challenge is upgrading bitumen and heavy crude oil, substances that are difficult to handle and transport due to their high density and viscosity. Nano-catalysts can be used to carry out this upgrading on-site, in combination with hydrogen/methane production. According to Ragab, certain nano-materials have been used in oil refining and the petrochemicals industry for more than 100 years, in the form of Nanoparticles Catalysts. During the last two decades nano-tech has made substantial contributions to refining and converting fossil fuels as well. Mesoporous catalyst materials such as MCM-41 are being used for refining while nano-filters and particles are being used to remove harmful toxic substances such as nitrogen oxides, sulfur oxides, and related acids and acid anhydrides from vapor, and mercury from soil and water. Nanomembranes for enhanced separation of gas streams and removal of impurities from oil are also becoming a possibility with the latest advances in the field.

A nano-expert, Dr. Ahmed Noah, formerly a professor at the AUC, adds that polymers go into both up and downstream. Polymers are macroparticles and, strictly speaking, do not count as nano-tech, but nano-applications can enhance their effectiveness. Nano-tech and polymers were also making their way into refining to improve the efficiency of the catalytic process at the level of energy used and utilization of hydrocarbons. They also help broaden the range of feedstocks that can be used.

Other new nano-applications related to EOR involved repairing the damaged walls of a depleted reservoir, along with nano-chemicals that can be used to change the porosity and permeability characteristics of reservoirs. Nano-science is even entering into hydraulic fracturing for shale oil and gas. Instead of relying exclusively on aquifer water nano-fluids and nano-particles can be used as well to cut down on water usage. This would mean a boon for arid countries like Egypt and Algeria.

Nano-science is finally getting the attention it deserves in Egypt with research financing for petroleum-related studies. A national R&D plan can help ameliorate many of the problems, along with reforms in the educational system. The key realization here is that investment in nano-applications at the upstream level will begin trickling down the post-production value-chain, and vice versa.