A Deeper Understanding of The Offshore Nile Delta: Organic Geochemistry of Condensates and Natural Gases 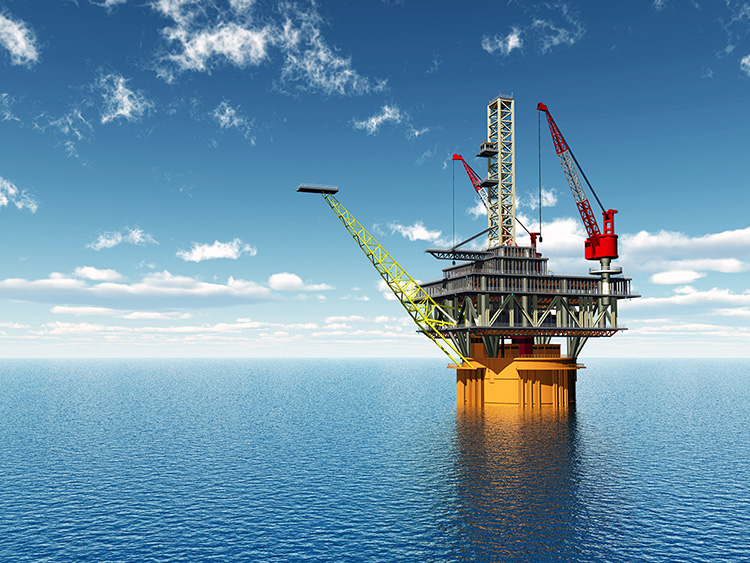 The natural gas potential for Egypt in the offshore East-Mediterranean region is undeniable and accounts for about 60% of Egypt’s 223 billion cubic feet (bcf) of proven natural gas reserves and nearly six million barrels of natural gas liquids, according to data from a recent  study . One of the most prolific concessions  is the West Delta Deep Marine (WDDM) concession with extensive commercial production. Despite years of gas and condensate discoveries that have been achieved in the deep ultramarine Nile Delta Basin of northern Egypt, the genetic origin and formation mechanisms of these hydrocarbons still remain largely unidentified.

The paper “Organic geochemistry of condensates and natural gases in the northwest Nile Delta offshore Egypt” written by Waleed el Diasty, academic at Mansoura University, and Mohammad Hamad,  member of the Exploration Department at the Egyptian Petroleum Research Institute, addresses this issue by analyzing 20 condensate and 34 natural gas samples from Miocene–Pliocene sandstone reservoirs. From the study, it inferred their origin, degree of thermal maturity, and extent of alteration.

However, several issues concerning the offshore Nile Delta need to be examined to reveal the full potential of this already prolific basin. In order to achieve this, the review will identify the origin of gas and condensates by inferring the lithology, organic facies, depositional paleoenvironment, age, and level of thermal maturity of the corresponding source rocks using biomarker and isotopic data and multivariate statistical methods.

The Nile Delta Basin on the northeastern margin of the African Platform is an integrated tectonic province in the Eastern Mediterranean characterized by complex active subduction-collision tectonics. The stratigraphic succession recorded from subsurface drilling of the Nile Delta province is dominated by clastic sequences of clay, shale, and sandstone with a few calcareous interbeds overlying a pre-Miocene sequence. The Nile Delta stratigraphic column reflects deltaic to littoral and shallow marine environments.

In terms of previous condensate discoveries, the breakthrough discoveries in the eastern and western offshore sub-basins of the Nile Delta region contained mixed-light oil and gas charges from different source rocks. However, despite some discoveries in the Delta taking place up to 20 years ago, knowledge of the source rocks for these hydrocarbons is still in its infancy. Organic-rich shales from the Sidi Salem and the Kafr El Sheikh formations are believed to be major source rocks. However, the degree of maturation of the organic content in these formations is not well known. In the eastern Nile Delta, north of the hinge zone, the Oligo-Miocene shales and marls are believed to be the prime source units of condensates and natural gases.

The database used in the study consisted of 20 condensate and 34 natural gas samples from 22 different wells located in the center and west offshore Nile Delta Basin. To accumulate varied and representative data, the depth intervals range from 1,273 meters to 4,464 meters throughout reservoir age spans from Early Miocene to Pliocene.

All the molecular compositions of gases were analyzed by gas chromatography (GC) using an HP 6890N. Stable isotope compositions of natural gas samples were performed using a combustion interface and IRMS or isotope ratio mass spectrometer.

With regards to the hydrogen isotope composition, this was calculated by the reduction of water from combustion with zinc metal followed by dual-inlet isotope ratio mass spectrometry. Carbon isotopic compositions were referenced to PeeDee Belemnite (PDB)  and hydrogen isotopic compositions are referenced to Standard Mean Ocean Water (SMOW) calibrated by the National Bureau of Standards (NBS) stable isotope standards.

Once the condensates were obtained and weighed, the samples were then diluted to one-hundredth of the original solution with hexane. The next stage in the process involved flushing the sample with hexane to remove the saturated hydrocarbon fraction, followed by methylene chloride elution to remove the aromatic hydrocarbon fraction. Finally, the saturated cuts were treated with a molecular sieve which removes n-alkanes from saturates to increase the signals of diagnostic biomarkers.

Source-related biomarkers, including low or absent C30 n-propylcholestanes, high Pr/Ph, high Ts/Tm and high hopane/sterane ratios, revealed that the analyzed condensates originated from the clay-rich non-marine source rock. These source units were deposited in an offshore deltaic setting where local variations and the merging of marine and terrigenous units occurred over time.

The results from the age and maturity-diagnostic molecular data were conclusive. It revealed that these hydrocarbons originated from at least two pods of active Upper Cretaceous and Oligocene or younger source rocks, the presence of bicadinanes, and high C26 24-norcholestane indices.

Principal component analysis (PCA) and Hierarchical cluster analysis (HCA) statistical analysis were used for 12 source-related parameters and stable isotope compositions to identify six genetic families. Geochemical characterization of the families shows that they were, on the whole, the same but differed in terms of organic matter precursors, depositional paleoenvironment, and thermal maturation of microbial degradation.

In terms of Molecular and stable isotopic data, the analyzed gases revealed mixed thermogenic and microbial origins in which the biogenic component reached up to around 70%. These gases were derived from Type-II or Type-II/III kerogens with varying maturity between 1.0% and 1.5% vitrinite reflectance (a measure of the percentage of incident light reflected from the surface of vitrinite particles in sedimentary rocks) that extends from late primary cracking to the early oil cracking stage. The altered gas samples formed by secondary cracking in the wet gas stage.

Lastly, one of the most significant findings of the paper was that heavy hydrocarbon gas carbon isotope signatures and molecular compositions indicated that the shallower gas accumulations are severely bio-degraded, unlike the deeper hydrocarbon reservoirs. The co-occurrence of unaltered gas with biodegraded condensates may indicate different microbial communities during the initial stages of alteration where condensates were preferentially attacked.