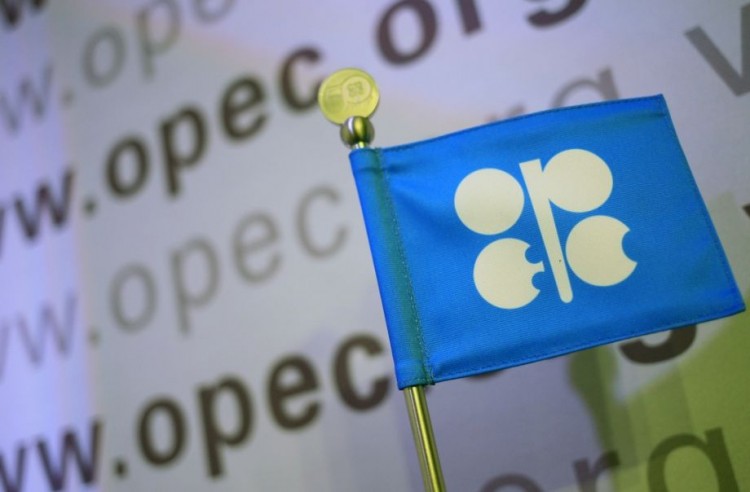 Venezuelan Foreign Minister Delcy Elonia Rodriguez Gomez announced that she had conferred on oil and energy policies with Iranian officials during his Monday visit to Tehran.
“During the visit, the Venezuelan oil and mines ministers also accompany me and it is a source of pleasure to be in Iran,” Rodriguez said in a joint press conference with his Iranian counterpart Mohammad Javad Zarif in Tehran on Monday.
“During the today meeting, we could review the framework of cooperation and we are making positive progress in area of increasing political, economic, trade and energy cooperation,” she added.
“We (also) discussed oil policies with the Iranian officials,” Rodriguez announced.

Reminding that both states are active and influential members of the Organization of Petroleum Exporting Countries (OPEC), she expressed the hope that enhanced mutual cooperation between Tehran and Caracas in the cartel would protect the interests of Iran and Venezuela and the other member states.

Addressing the same press conference, the Iranian foreign minister also pointed to his discussions with Rodriguez about the global oil market, and said, “We are glad that the Venezuelan oil minister is accompanying the delegation and is due to meet his Iranian counterpart Bijan Namdar Zanganeh.”

The Iranian foreign minister reiterated the importance of cooperation among all OPEC member-states, and said, “I hope that cooperation and consultation by the two countries’ officials will be useful for peace and security at regional and international levels, specially considering that Venezuela will assume presidency of Non-Aligned Movement (NAM) after Iran.”

Elswhere today, Iranian President Hassan Rouhani said during a meeting with the new Algerian envoy to Tehran that OPEC members are needed to launch collective efforts to defuse the plot hatched by certain world powers to decrease oil prices.

“I hope that efforts by Iran and Algeria alongside other states that share the same views will help to bring back balance to the oil market,” President Rouhani said at the meeting with Abdel Monem Ahriz in the Iranian capital on Monday.

The Iranian president underlined that the present oil prices are against both the interests of the oil producing countries and balance in the world market.

President Hassan Rouhani had in a similar call asked Venezuela and other OPEC members in January to launch collective efforts to defuse the plots hatched by certain world powers to decrease oil prices.

“Undoubtedly, cooperation among the aligned countries in the OPEC can both defuse the plots of certain powers against the organization and help stabilize an acceptable price for oil in 2015,” Rouhani said in a meeting with his Venezuelan counterpart Nicolás Maduro in Tehran in January.

Elsewhere, he called for the further development of bilateral relations with Venezuela in trade, investment, exports of technical and engineering services, medical industries, ship-building and direct flights between the two countries.

“The Islamic Republic of Iran can have the necessary cooperation with Venezuela in areas of housing, road-construction, industry, and food and drug industries to meet the needs of the Latin American country,” Rouhani said.

He also asked for strengthening cooperation between Tehran and Caracas in international organizations, and said such cooperation could lead to the establishment of security and development.

“Both countries are opposed to terrorism and extremism in the world and help each other in the establishment of stability and security across the world,” Rouhani stressed.