US Senate Votes for Oil Train Safety and Energy Independence 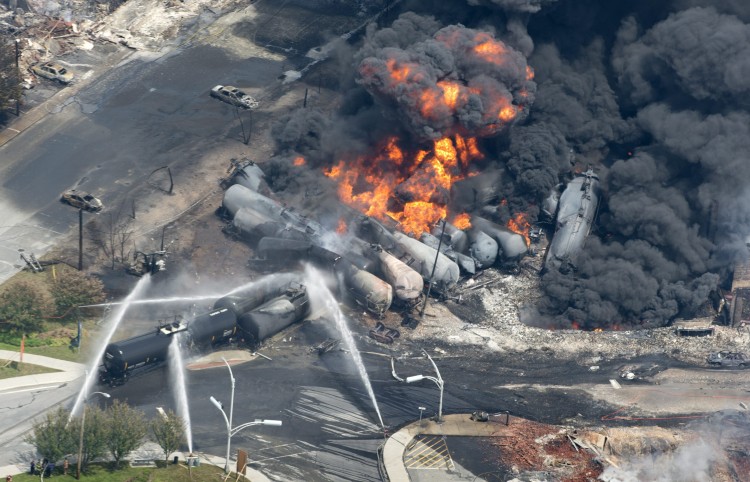 The state Senate passed a measure Monday night to improve the safety of oil transportation, one of two competing bills that deal with the increasing shipments of crude oil through the state.

The Senate-approved measure requires the Department of Ecology to review oil-spill response plans, provide grants to local emergency responders and convene a panel to evaluate whether tug escorts are needed for oil vessels on the Columbia River and in Grays Harbor. Ericksen’s bill also extends a barrel tax collected on oil that comes to the state by train, with the proceeds going to an oil-spill response fund.

It differs from House Bill 1449, which passed last week, because it doesn’t cover oil shipped by pipeline and lacks requirements that railroads and others show they can pay to clean up a spill.

Sen. Tim Sheldon, the lone Democratic member of the Republican-led Majority Coalition Caucus, supported the bill and said it struck the right balance between public safety and encouraging American energy development. The bill’s opponents, he said, would forbid most forms of interstate oil transport if they could. He said he wanted to keep America from protracted dependence on Saudi Arabia and other Middle Eastern nations.

“Stay away from those countries,” Sheldon said. “They’re going to kill each other no matter what. We are at war with terrorism, and a lot of that has to do with oil.”

Votes on the Senate bill fell largely along party caucus lines after Senate Democrats, who are in the minority in the chamber, attempted a series of amendments to expand the bill’s safety protocols to pipelines and oil moved by water. Ericksen opposed each, saying the bill should focus on oil trains.

Only one passed: a proposal by Sen. Steve Conway, D-Tacoma, to set minimum staffing requirements aboard oil trains.

Ericksen and Sen. Kevin Ranker, D-Orcas Island, argued during and after the debate over whether the bill ensured the public would not bear the brunt of paying to clean up oil spills. Ericksen said oil-transporting companies have to bear the liability. Ranker, whose amendment to raise the cleanup fund’s 4 cents per barrel tax on shipments to 6.5 cents failed, said oil companies will escape much of the culpability.

“If there’s a spill, who’s going to pay for it?” Ranker asked. “The taxpayers.”