US Businessmen, Politicians Up in Arms Over First Ever Fracking Rules 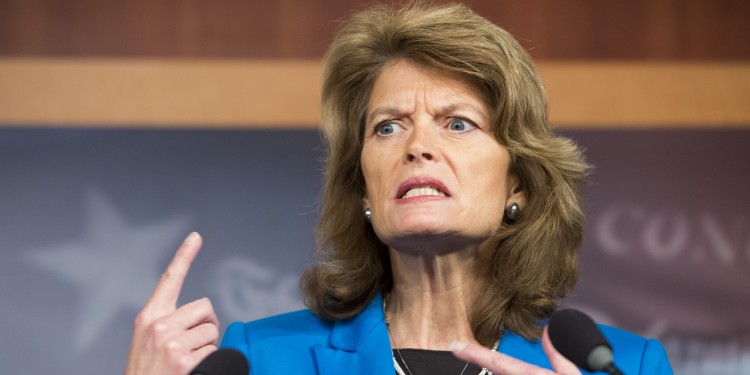 U.S. drillers already reeling from a six-month drop in oil prices denounced new U.S. fracking regulations as costly and unnecessary, and quickly met them with a lawsuit.

After three years of debate, the U.S. Interior Department said Friday that drillers on federal land must reveal the chemicals they use, meet construction standards for wells and safely dispose of contaminated water.

The rule issued by the Interior Department’s Bureau of Land Management will exacerbate a flight from federal and tribal lands to private property governed by simpler, more predictable state regulations, said Mark Barron, an attorney for the Western Energy Alliance, a Denver-based industry group whose members include ConocoPhillips, Halcon Resources Corp. and QEP Resources Inc.

That will cost local jobs and federal revenue, Barron said.

Barron’s law firm, Baker & Hostetler, represents the Western Energy Alliance and the Independent Petroleum Association of America in a lawsuit challenging the fracking rule in Wyoming federal court. The rule was based on “unsubstantiated concerns,” according to the lawsuit filed Friday.

A study for the Western Energy Alliance had estimated federal regulation would add $97,000 to the cost of each well. Fracking has triggered a boom in crude output over the last decade as drillers learned how to release trapped oil in underground rocks using water, chemicals and sand. The technique has been so successful that it’s led to a surge in U.S. production, causing prices to drop worldwide.

“This rule will move our nation forward as we ensure responsible development while protecting public land resources,” Interior Secretary Sally Jewell told reporters. She called it “critical that the public has confidence that robust safety and environmental protections are in place.”

More than 100,000 wells on federal lands account for about 11% of U.S. natural gas output and 5% of oil production. About 90% of them use fracking, or hydraulic fracturing.

The final rule issued Friday has requirements that the industry hadn’t evaluated for cost, such as pressure testing of all wells and storage of waste water in tanks, said Kathleen Sgamma, vice president for government and public affairs at the Western Energy Alliance. The government put the cost of compliance at $5,500 per well. A typical shale well costs about $7 million.

The new regulations don’t take effect for at least 90 days, and Barron said the groups may ask for an order blocking them altogether.

The rule by the Bureau of Land Management “provides no public benefit,” Baker & Hostetler said in a statement. A provision requiring disclosure of proprietary well design and geological information is at odds with federal law, it said.

ConocoPhillips, with 25% of its petroleum leases on federal lands, needs more time to review the rules before commenting, company spokesman Daren Beaudo said in an e-mail.

The Houston-based company “sought to work constructively with BLM as the rule was crafted to ensure regulations would be environmentally effective, safe, and cost efficient,” he said.

BLM has said the rule may serve as a model for state policies regulating drilling on private land.

Drillers already have slashed spending an average 37% and dismissed tens of thousands of workers after fracking created an energy glut. Oil prices have dropped 54% and gas fell by 36% in the past year.

Some environmental groups praised the final rule because it includes pressure testing each well before production begins, and would require millions of gallons of waste water be stored in tanks, rather than open pits.

“One bad apple can spoil the barrel and similarly, one bad operator can ruin an aquifer,” said Kate Zimmerman, public lands policy director for the National Wildlife Federation, in a statement. “That’s not a chance we are willing to take.”

Other environmental groups said the rule falls short, pointing to fracking mishaps they said have led to contamination of local water supplies in communities from Wyoming to Pennsylvania. They urged the federal government to tighten its earlier plans on exemptions for chemical disclosure and the use of open pits to dispose of flowback water.

“These rules put the interests of big oil and gas above people’s health, and America’s natural heritage,” said Amy Mall, who directs the fracking advocacy at the Natural Resources Defense Council. “The bottom line is the rule fails to protect the nation’s public lands — home to our last wild places, and sources of drinking water for millions of people.”

Unless a court intervenes, the regulation will take effect in three months. The industry’s lawsuit says the Interior Department “lacks the factual, scientific or engineering evidence necessary” to support the policy.

“Interior’s $5,500 a well cost estimate is laughable,” Sgamma of the Western Energy Alliance said Friday in a telephone interview. A study done for the Alliance had projected added costs of $97,000 a well based on an earlier proposed rule. The final version’s requirements for well testing and storage tanks will add to that figure, though no estimate is yet available, she said.

Under the Interior Department plan, drillers must disclose the chemicals they use to the industry-supported website, FracFocus.org. BLM will become the largest consumer of that website and will attempt to make it easier to use, the agency said.

The Bureau of Land Management is the largest landowner in the U.S., overseeing about 700 million acres of mineral rights underground. Farmers or ranchers own the surface rights on large tracts of federal land.

Senate Energy and Natural Resources Committee Chairman Lisa Murkowski, an Alaska Republican, said the rule may “make it even harder to produce oil and gas” on public lands.

Senator James Inhofe, an Oklahoma Republican and chairman of the Environment and Public Works Committee, introduced legislation Thursday to keep regulation of fracking under state oversight. The rule “adds unnecessary, duplicative red tape that will in turn make it more costly and arduous for our nation to pursue energy security,” he said.