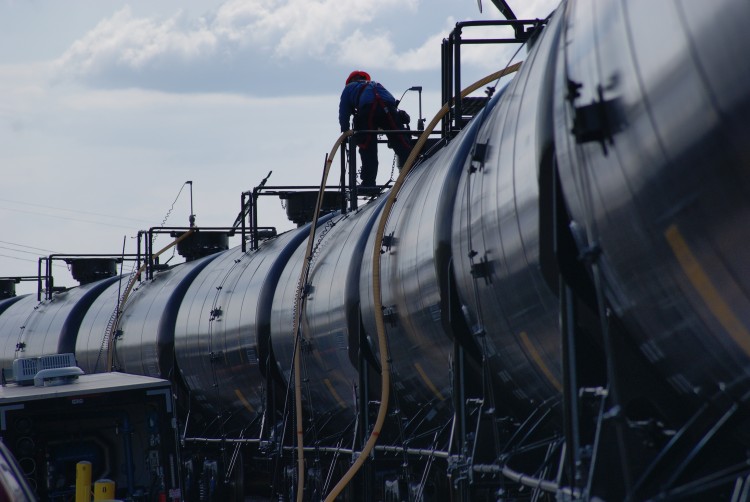 A glut of unplaced Nigerian crude is expected to flow to Europe hoping to find end user demand after weak buying from Asia for Nigerian and West African light sweet crudes over the past month has left a large overhang of March, April and May cargoes.

Demand from Asian buyers especially India, the biggest buyer of Nigerian crude, has been on the wane for May cargoes, and traders expect more Nigerian crude to land in Europe in coming months.

The focus on Europe has been further enhanced by reduced interest from Nigeria’s other regular customers like Brazil, Indonesia and South Africa.

WAF crude differentials have been falling in the past month as sellers tried to attract buying interest. But buyers are holding back in expectation of even lower prices.

More specifically in Nigeria, “values are definitely coming off,” a trader said.

There are still March cargoes on the water and a significant chunk of the April program is outstanding despite coming close to loading time.

“Most of the available cargoes will float to Europe in order to minimize the pain,” the same trader said.

“From the moment a Suezmax is loaded the charterer has 8-10 days before deciding on diverting to the US, without an additional demurrage cost,” a WAF equity holder said.

Meanwhile, traders said the European market is more trading oriented rather than tender based as in the East, giving the necessary flexibility for sellers to negotiate their outstanding cargoes while afloat.

The current freight rate at Worldscale 72.50 is also boosting the floating storage strategy for companies.

Moreover, others said as long as the land storage is full, these cargoes have to be put on ships.

A third trader said: “I’m extremely bearish and I think differentials will drag lower this week. Buyers are in control and, as they are seeing multiple offers for the same grade, they are unlikely to get worried about missing their requirements.”

Furthermore, refiners currently had good margins, traders added. The lack of May trading activity was also heard weighing on the market.

Only 25% of the Nigerian May program had so far been placed, according to Platts cargo tracking data.

The arrival of more WAF cargoes in Europe and the Mediterranean may also have an impact on other crude sources.

“Azeri Light is partially affected by WAF crude, which is becoming more popular in the Mediterranean. If the price is right, more and more people will be looking at WAF instead of Azeri Light. Having said that, Azeri Light is a very good grade…

and all customers are happy to take it,” a Mediterranean crude trader said.

WAF exports to Europe are typically refined in the Mediterranean region, but falling Suezmax freight costs and reducing WAF differentials are even encouraging Nordic refineries to look at running the grades.

“At the moment, [Nigerian grades] don’t seem to be making it, but they are moving in the right direction,” said one Nordic refiner. “We’re close to having them competitive to other local grades.”

Some Nordic refiners find grades with high middle distillate yields interesting in part because it makes it easier to meet the more stringent environmental regulations they are subject to.

In Norway, ExxonMobil’s Slagen refinery regularly loads Ceiba crude from Equatorial Guinea, a grade in which ExxonMobil has equity. But the country is generally a low volume buyer of WAF crude compared to other countries.

Finnish refineries have not directly imported a cargo from West Africa in the last four years, according to Platts ship tracking software cFlow.