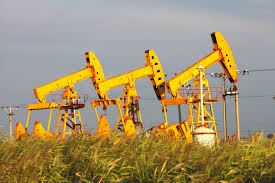 British officials have adjourned until Monday the process for deciding whether to grant shale gas firm Cuadrilla Resources a project planning permit in northwest England.

A decision was expected on Wednesday, but councillors at the Lancashire County Council decided to gather additional legal advice and deferred a vote until next week.

Councillors are due to decide whether to grant a second shale gas planning application submitted by Cuadrilla for a separate site in the area on Thursday.

“There is obviously a high level of concern among the councillors because of the level of scrutiny they will be under whichever way the decision goes,” said John Williams, senior principal consultant at the consultancy Poyry Management.

Britain is estimated to have substantial amounts of shale gas trapped in underground rock. The national government has backed developing the reserves to make up for declining North Sea oil and gas output.

However, progress has been slow because of local opposition worried about the environmental effects of hydraulic fracturing, or fracking. Critics say chemicals used in the extraction can contaminate groundwater and vibrations can cause earthquakes. Some local residents are also concerned property prices could drop or tourism could be hurt.