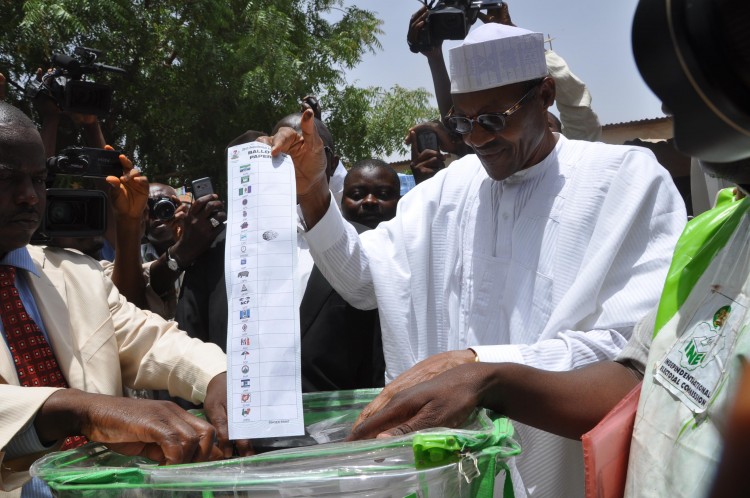 As Nigerians prepare for presidential elections, the armed group Boko Haram, corruption and falling oil prices are some of the issues worrying Africa’s most populous nation.

More than 90 percent of the country’s revenues come from exporting oil. But oil has lost almost 60 percent of its value over the last six months.

However, Africa’s biggest economy has managed to weather the economic storm created by plunging oil prices and currency devaluation: The central bank devalued the currency and raised interest rates in November.

It followed up by not raising interest rates any further, and has been burning through its cash reserves as well to prop up the currency.
So, what is the cost of Nigeria’s high reliance on oil revenues? How are currency devaluation, falling oil prices, and rising inflation affecting ordinary Nigerians? And will President Goodluck Jonathan win the election?

Yvonne Ndege reports from Abuja on the impact of plunging oil prices.

Akpan Hogan Ekpo, the former director of the Nigerian Central Bank, who is also the director-general of the West African Institute for Financial and Economic Managment, joins the debate.
TTIP: The mother of all trade deals?

The Transatlantic Trade and Investment Partnership (TTIP) is a trade agreement to be negotiated between the European Union and the United States, forming what would be, in effect, the world’s biggest trading bloc.

It could create millions of new jobs and increase trade by billions of dollars – a much needed stimulus for the global economy.
But many are not convinced and say it is undemocratic and will only increase the power of big business.

Laurence Lee brings a special report on the topic.

Beyond black gold
When oil prices are high, economies typically try to switch to alternative energy sources. But right now, prices are low, which should mean oil becomes more attractive.

But it seems even OPEC members are looking beyond black gold this time, as rising populations and increasing consumerism are leading to more energy consumption as a whole.

So is solar energy the way forward? Can solar power replace oil in the Middle East?

Vicente Lopez-Ibor Mayor, the chairman of Lightsource Renewable Energy, who was previously with the National Energy Commission of Spain, talks to Counting the Cost about alternatives energy.