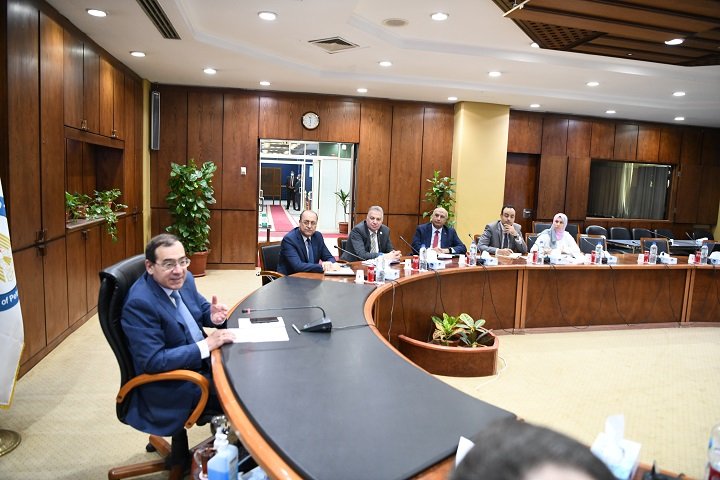 This came during a meeting held by Minister of Petroleum and Mineral Resources Tarek El Molla and a delegation of officials from Technip Energies International, headed by the company’s CEO Arnaud Pieton, which reviewed the efforts exerted by the oil and gas sector to activate initiatives aiming to execute green energy projects, reduce emissions and remove carbon.

The meeting was held to follow up on the executive position of the new petroleum refining and processing projects in Alexandria and Assiut, which the company is implementing as a general contractor with the participation of the Egyptian companies Enppi and Petrojet.

During the meeting, the minister followed up with company officials on the implementation stages of the ongoing works of the expansion projects of the Midor refinery in Alexandria and the Assuit National Oil Processing Company’s (ANOPC) complex for the production of diesel in Assiut.

The minister further highlighted the importance of full coordination between the participating parties in implementing the project in a way that contributes to achieving the required objectives.