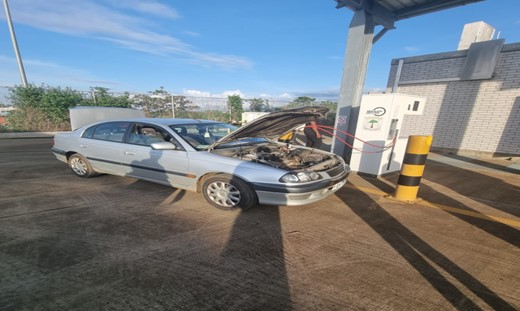 TAQA Arabia, the full-service energy and utility distribution market leader in Egypt, has used its expertise and knowledge in compressed natural gas (CNG) technology to enable vehicles to be fueled by natural gas for the first time in Equatorial Guinea.

This comes within the collaboration framework between TAQA Arabia and the Ministry of Mines and Hydrocarbons (MMH) in Equatorial Guinea. The collaboration between TAQA’s technical experts and the MMH’s operation team has successfully led to the conversion of the first five cars to run on CNG.

Accordingly, kits were installed safely, while drivers and technicians received on-site training. The cars were calibrated to international standards. Through the cooperation, MMH targets converting 50% of the fleet of cars in Equatorial Guinea to be CNG-fueled.

This comes as TAQA Arabia intends to deploy its know-how in developing gas infrastructure projects across several phases with an aim to support Equatorial Guinea’s 2050 net CO2 emissions plans.