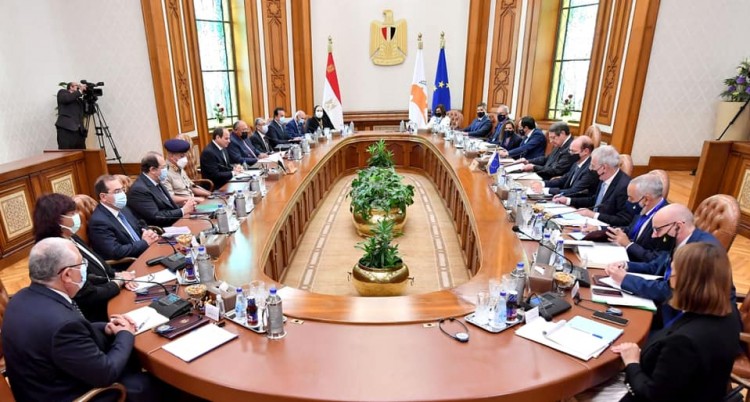 President Abdel Fattah al-Sisi and his Cypriot counterpart Nicos Anastasiades emphasized, during their meeting in Cairo, the importance of expediting the implementation of the pipeline project that will connect the Cypriot Aphrodite field with the Egyptian liquefaction stations in Idku and Damietta.

The two leaders held bilateral talks prior to the joint Higher Governmental Committee between Egypt and Cyprus, which is held for the first time at the presidential level, the Egyptian Presidency Spokesperson said in a statement.

The meetings of the Higher Governmental Committee reviewed various aspects of bilateral cooperation between the two countries, especially in a number of areas that hold promising opportunities.

In this regard, the electricity interconnectivity projects among other potential ones in the energy sector such as those concerned with renewable energy have been mentioned.

On the sidelines of the committee’s meetings, the Egyptian Minister of Petroleum, Tarek El Molla, held  talks with the Cypriot Energy Minister, Natasa Pilidou.