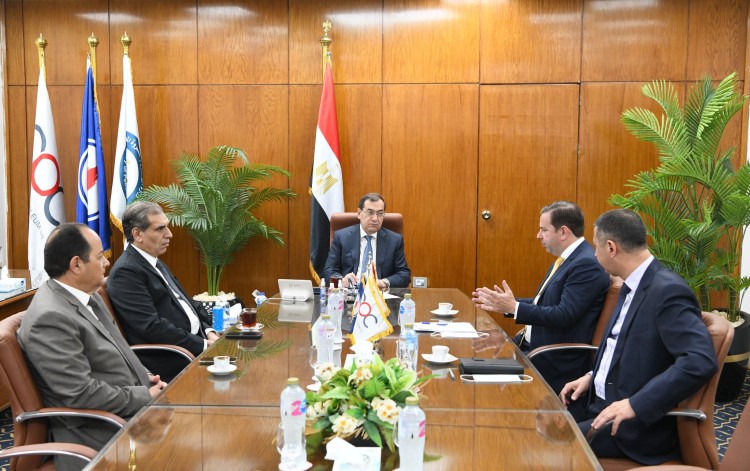 During a meeting with Minister of Petroleum and Mineral Resources Tarek El Molla, Cederic Cremers, Shell’s Executive Vice President, LNG East, stated that Shell is committed to ramping up its exploration and discovery projects in Egypt after conducting seismic surveys on its sites.

He noted that Shell is preparing a working plan for exploring several wells over phases based upon the seismic survey. Cremers also praised the developing role of the East Mediterranean Gas Forum (EMGF) which will facilitate cooperation between the member countries.

The meeting discussed Shell’s operation in Egypt and its plans during the next period in addition to the readiness of Egypt for hosting COP 27. They also reviewed the impact of the current oil prices on the oil and gas industry.

For his part, El Molla stated that the current prices encouraged companies to increase their production, especially for natural gas, noting that Egypt has solid and robust infrastructure for a variety of oil and gas fields.

The minister confirmed that the Egyptian liquified natural gas (LNG) plants still have more capacity that can be used in exports as Egypt seeks to become a regional hub for trading oil and gas.

Furthermore, he mention that Egypt is in close efforts in cooperation with international companies in setting several initiatives for emissions reduction as well as carbon capture, storage, and utilization at the petroleum sites to be launched at the COP 27 summit.