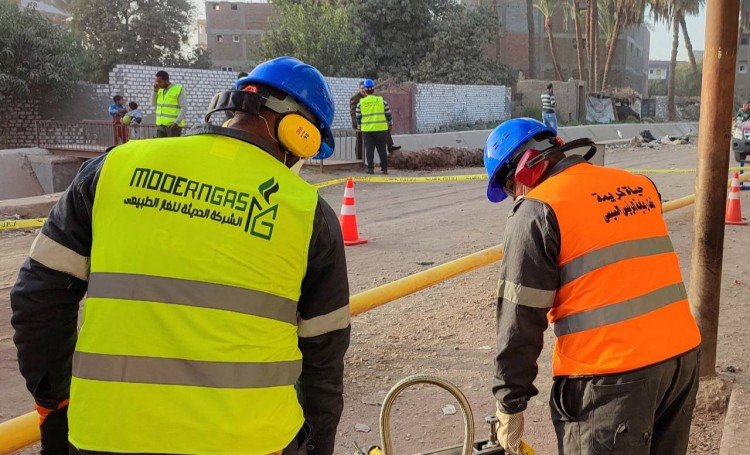 The company succeeded in delivering gas to 2,500 housing units from a total of 6,900 in the village. This came as part of the first phase of the presidential initiative “Haya Karima” and the national project for the development of Egyptian rural villages.

The head of the modern Gas Mohammed Qandil stated that connecting the village to the national natural gas grid coincides with the company’s completion of the polyethylene line (315 mm in diameter). This is in addition to the inter-pressure line with a length of 24 km and an operating pressure of 7 bar, which extends from Faqous city to the city of Husseiniya. The company also installed a low-pressure network and gas regulators with a capacity of 1,000 cubic meters per hour.

He pointed out that delivering gas to the Jazirat Saud village and other cities in Sharqia Governorate, is one of the most important indicators of the success of Egypt’s Household Natural Gas Connection project and the Haya Karima initiative.