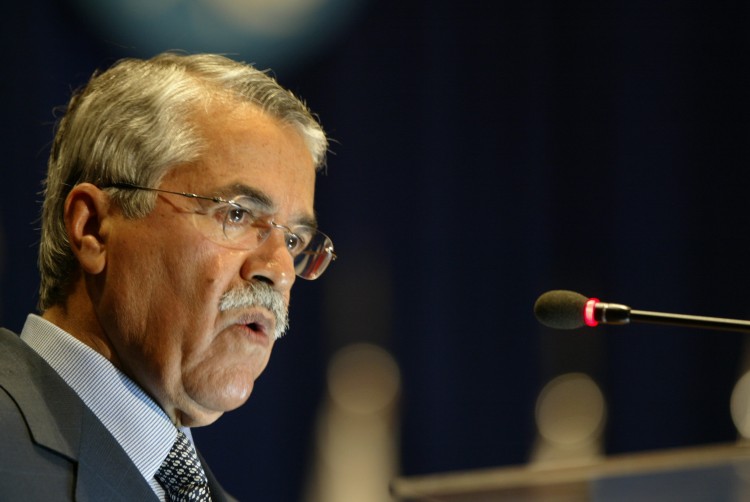 Saudi Arabia’s oil minister Ali al-Naimi said on Tuesday that the kingdom stood ready to “improve” prices but only if other producers outside of the Organization of the Petroleum Exporting Countries (OPEC) joined the effort.

Naimi said Saudi Arabia had pumped around 10.3 b/d in March, marking an increase from previous months. He did not say why output had risen. Naimi also said he expected oil prices that have languished near six-year lows to improve in the near future.

Oil prices extended gains late on Tuesday as traders took Naimi’s comments as sign he may be open to renewed talks with producers like Russia and Mexico over curbing production in order to revive prices. U.S. crude rose 3.5% to close at $53.98 a barrel, near its highest this year.

“The kingdom is still ready to help bring back stability to the market and improve prices in a reasonable and suitable manner, but with the participation of the main producing and exporting countries and based on clear principles and high transparency, so the kingdom or the Gulf countries or OPEC countries do not shoulder that alone,” he said at a Saudi economics conference.

OPEC agreed to maintain production at its meeting in November in spite of pressure to curb output and stabilize sliding prices and after discussions with Russia and Mexicoended without action.

Naimi has taken a more open stance toward collaborating with big oil exporters outside of OPEC in recent months, as oil prices fell much further than some members of the oil producer group had expected.

His comments about cooperating with other producers “added to two days of bullishness,” said Dominick Chirichella, senior partner at Energy Management Institute in New York.

Naimi also reiterated that Saudi Arabia was not competing with U.S. shale oil, and took the chance to talk about the kingdom’s own development of its shale natural gas resources.

Saudi expects to begin producing some 20 million to 50 mcf/d of shale gas next year, rising to 500 million cfd by 2018, he said. The kingdom’s has 300 tcf of extractable natural gas reserves, he added.