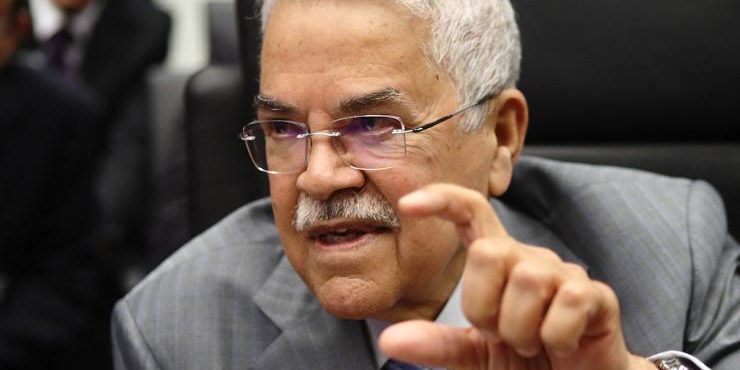 He was asked on the sidelines of a mining conference on Tuesday whether he expected domestic energy prices to increase in the near term. His response: “What you are asking is: is it under study? And the answer is yes.”

Domestic prices of gasoline and other fuels are heavily subsidised by the government, including the gas feedstock for Saudi Arabia’s petrochemical producers.

IMF estimates Saudi Arabia spends $107b annually on these subsidies, including another $86b on petroleum and $10b on natural gas.

The stated cause is the persistent decline in crude prices, with the Saudi deficit projected to reach over $100b this year.

Saudi officials have already called on the UAE for advice, said a Gulf industry source who insisted on anonymity.

“I hear it from the highest level, they will do it soon and I think they will have to do it before the budget announcement,” the chief executive of a major Saudi company also told Reuters, speaking of gasoline price rises.

According to Bloomberg this news prompted Saudi Arabian equities to fall to their lowest level in two months.

Al Rajhi sank to 3.1%, the lowest level since January, while Sabic declined to 2.9% the weakest in three weeks.

“Raising government revenues in a weak oil-price environment is a trend emerging throughout the region,” said Riyadh-based Muhammad Faisal Potrik, the head of research at Riyad Capital. “Reducing or eliminating subsidies for industries such as petrochemical producers and cement for example can have a very direct negative impact on corporate profits.”