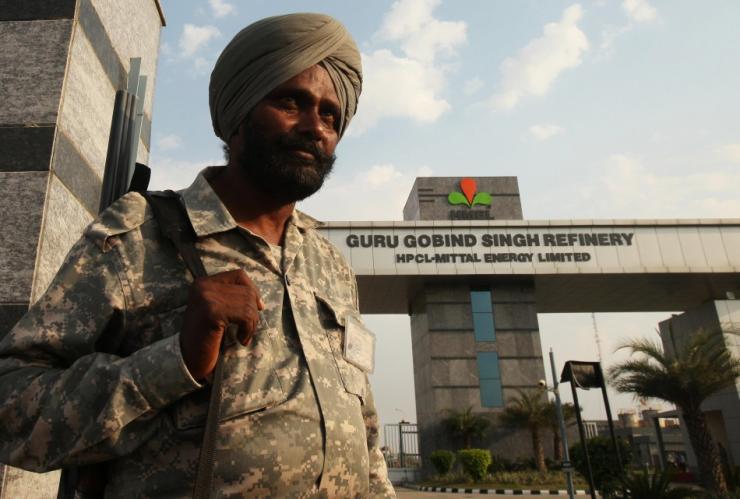 India owes Iran $8.8 billion which is blocked in a bank account under the US-led sanctions regime, Government spokesman Mohammad Baqer Nobakht has said.

The money has piled up as India keeps purchasing oil from Iran under a nuclear agreement which allows the Islamic Republic to sell around one million b/d of crude.

Much of Iran’s oil money is trapped in bank accounts abroad and Nobakht says their release is tied to the removal of economic sanctions.

Iran’s negotiators are currently engaged in rigorous talks with the West to get rid of the sanctions which the country deems “unjust” and “tyrannical”.

“The world arrogance and superpowers seek to humiliate and sanction Iran and divide the nation, but this plot will be neutralized with people’s vigilance,” IRNA quoted Nobakht as saying in the Iranian city of Shahr-e Kord.

On Thursday, media reported that the Indian ambassador to Tehran had gone to the Ministry of Petroleum to discuss possible repatriations of the Iranian money.

India is a major trade partner of Iran but New Delhi should struggle for getting favorable reviews from Tehran if the situation normalized.

Many Iranian analysts believe the Indians are playing both ends in trade with Iran.

Under US pressures, India backed off from a major gas pipeline project which aimed to transfer Iran’s gas to the country via Pakistan.

Earlier this month, New Delhi and Tehran signed an agreement for development of Iran’s Chabahar port which will give India sea-land access to international markets.

But few observers are euphoric. Most of India’s ventures in Iran have been characterized by long delays and foot-dragging.

Deputy Minister of Petroleum Abbas Sheri-Moqaddam says the Indians are now demanding gas for 2 cents per cubic meter from Iran.

New Delhi has reportedly proposed to build a petrochemical unit on the Iranian soil provided that Tehran gave it feedstock at preferential prices.

“We have told them that we have no gas at two cents,” said Sheri-Moqaddam, who is also CEO of Iran’s National Petrochemical Company.