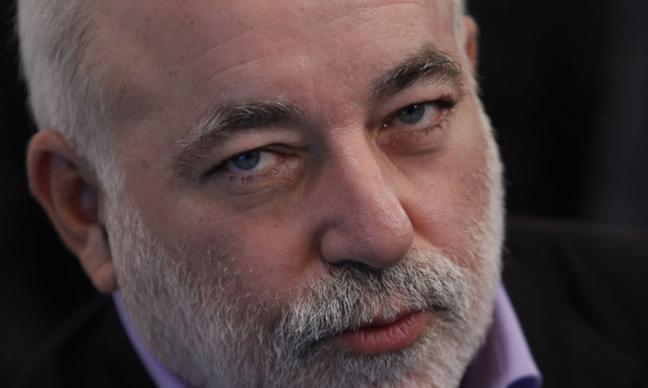 Billionaire Viktor Vekselberg is out to prove that solar has a place in Russia, the world’s largest exporter of oil and gas.

“You don’t have to eat potatoes all the time,” Hevel Chief Executive Officer Igor Akhmerov said in an interview in Moscow. “You can have some salad as well.”

At first glance, solar in Russia makes little sense. The country has surplus energy, and the sun barely crests the horizon in midwinter in Moscow. Yet it does shine along the nation’s southern border with Kazakhstan, where Hevel completed its second solar farm in the Orenburg region last week.

Solar energy can help ease the burden on overloaded power lines, while replacing costly and polluting diesel generators in areas off the grid, according to Akhmerov. The plan isn’t to rival oil and gas, rather to deploy solar where it’s most useful.

“You can’t compete with 70 years of planning and infrastructure,” he said. “You try to find a way to leapfrog problems to the front.”

Hevel built its first solar farm, supported by government subsidies, in East Siberia, where sparse cloud cover provides sufficient sunny days for power generation. The project, which started selling output this year, was the first of Russia’s renewable-energy subsidy deals to produce power for the market.

The country’s annual subsidy auctions, which began in 2013 and focus on solar, wind and small hydropower, show Russia has begun to seek a greater role for clean energy, targeting an expansion of domestic industry as much as environmental protection.

Hevel opened a solar-panel factory in Novocherboksarsk this year. The plant supplies its own projects, and Hevel is in talks to supply other solar investors. The company will decide in July whether to upgrade the site, Akhmerov said.

Set up in 2009, Hevel is 51 percent-owned by Renova and 49 percent by state nanotechnology company Rusnano. Vekselberg has moved into technology investments since building his fortune in oil, power and metals.

Having its own panel supply has helped Hevel to weather the decline in the ruble, which has increased the cost of imports. Yet the currency’s weakness has prompted a change in funding strategy for its solar farms.

“The original strategy was that we build it, de-risk it, and sell it” after proving consistent cash flow, Akhmerov said. “Our decision now, unfortunately, is to hold them.”

Hevel, which will complete a third solar farm in July, is in talks with the government to get protection from extreme currency fluctuations. Russia has delayed the next round ofauctions to November as discussions continue, Akhmerov said.

Hevel will focus on proving to the government that solar projects can be executed locally, bringing jobs and energy to communities.

“Fortunately the world helps us, because it is difficult to ignore the fact that everywhere in the world this is becoming a massive phenomenon,” Akhmerov said. “We’re hoping to be in a place to say: We have the technology for construction, financial and other capabilities to take this project much further.”