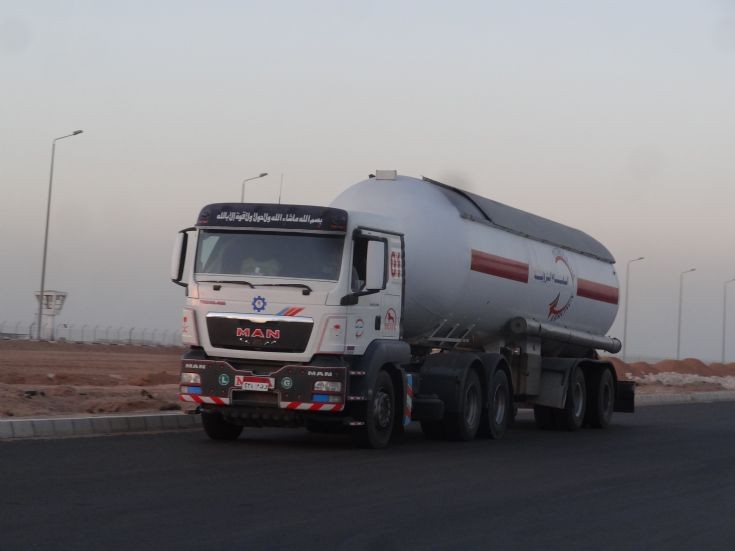 During the assembly the petroleum minister underlined the contributions petroleum sector companies could make in raising the efficiency of the fleet of trucks used to distribute various petroleum products across Egypt to meet rising needs. He also reaffirmed continuing efforts meant to ensure that the fleet met safety standards.

Petroleum Arrows President Ayman Naguib added that his company daily carried about 15% of total transported fuel in Egypt, including that of power generation plants. He also pointed to the company’s successful plan to supply customers through its (diesel delivery) service, fulfilling diesel fuel needs through contracts to fuel cars where they are located. This helped strengthen the marketplace and combat the black market, with 95 contracts signed, covering universities and schools, businesses and factories, as well as farms and hotels.

He explained that the company operates through its tanker fleet to transport LPG from its main sources in Alexandria and Suez, Assiut, Tanta, Shuqayr, Abo Rades, Katameya, and Mostorod. From there they go to butane cylinders, manufacturing companies, hotels, and other major customers across the country. Arrows moved 66% of the LPG transported in the entire country, Naguib said, adding that this was an effective solution to cope with any emergency occurring with the butane pipelines and to meet rising demand for supply depots in the south of Egypt. His company also plays a role in moving propane from the Gasco and Ameriyah companies to other petroleum entities while also transporting ammonia to fertilizers and chemical companies.

He stressed the company was keen to raise the technical efficiency of the fleet, currently at 420 tanker units, adding that the company also pays special attention to its drivers as they are a key factor in the success of the transportation system.