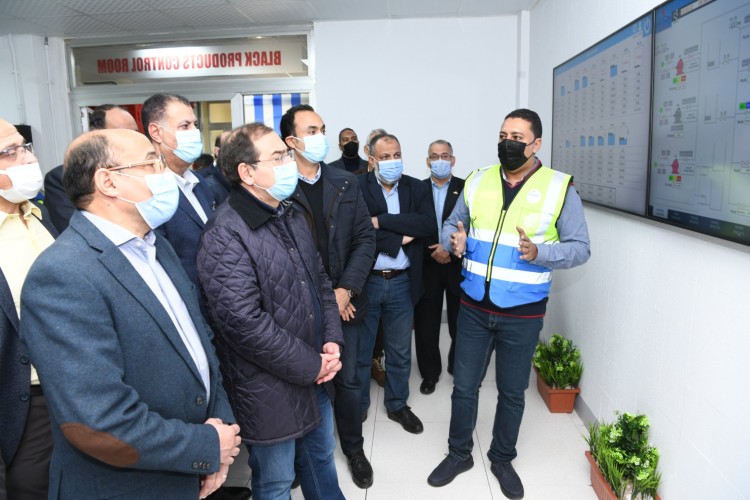 Minister of Petroleum and Mineral Resources Tarek El Molla has inaugurated the monitor and control room of the petroleum pipeline network in the Suez Canal region, including a radio thermoelectric generator (RTG) and control system for pumping units of Suez, Mostorod/Suez, and Portsaid pipelines, according to a press release.

This came during the minister’s inspection tour for several petroleum projects in the Suez governorate. El Molla emphasized that the petroleum sector is one of the sectors that implemented a number of the early digitalization projects within the framework of the Modernization project and Egypt Vision 2030.

He explained that the control room is developed and updated by petroleum companies using the latest international technologies, affirming the importance of such projects in providing accurate data to ensure quick decision-making in a timely manner.

The Chairman of Petroleum Pipelines Company (PPC) Mohamed Maged explained the five-year plan of the pipelines network, including the establishment of a number of pipelines to link the warehouses in Ras Badran, Ras Ghareb, and Ras Shukeir to the national grid. This also includes the  construction of a pipeline connecting El-Sohkna to Upper Egypt, in addition to another pipeline to connect Lower Egypt and the Nile Delta to Upper Egypt, Suez, and Mostorod.

Also, the plan comprises the construction of a pipeline to link the warehouses in Agrod and Elsokhna to Mostorod. Furthermore, Maged showcased the digitalization projects implemented by his company.